175 years of Catholicism in Samoa: A day to remember for Lealatele

The re-enactment of the acceptance of Catholicism at Samalaeulu in Savai'i in the year 1845, performed by the Lealatele parish on Tuesday. (Photo: Aufa'i Areta Areta) 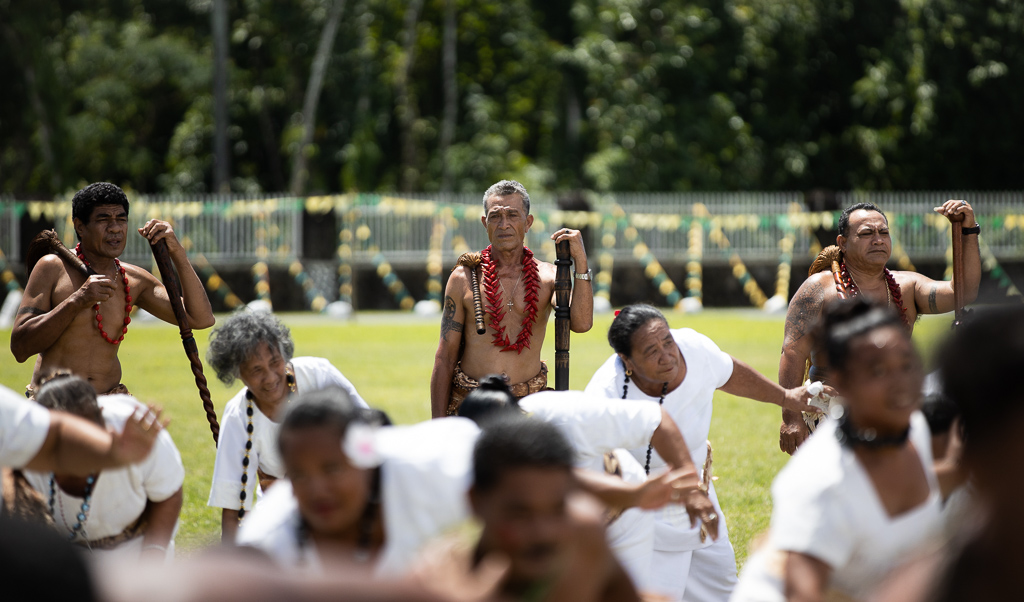 The celebration of 175 years of the Catholic Church in Samoa will be remembered by members of the Lealatele parish for years to come.

The congregation re-enacted the acceptance of Catholicism in the village of Samalaeulu in 1845. Held at the Don Bosco field on Tuesday, Lealatele was tasked with entertaining the special guests who attended the momentous celebration.

Lealatele re-enacted the arrival of Catholic missionaries, their journey, and the acceptance by the people of Samalaeulu which is referred to as the "Home of the Missionaries."

Speaking to the Samoa Observer, the Priest in charge of the Lealatele parish, Father Moetotoi'auolevao Mata'ia, said they were "thrilled" to be part of such an important celebration.

"Everything went well and it was wonderful...We were all happy and grateful to part take in such an important celebration," Father Moe said.

Performing in front of leaders of the Catholic faith in Samoa and special guests is an experience Father Moe said they will always remember.

"Especially for our children. The whole village took part and was supportive from the beginning and they all took part which was great to see."

While Father Moe says they enjoyed entertaining the guests, he said it would've been better if everyone joined in and were allowed to participate.

"Sadly, we had to comply with the orders of the states of emergency with the restrictions in the number of people at a gathering.
"Therefore, we had to cut down the number of those who performed on the day. But everyone wanted to join in the fun and be part of the celebration."

"This is the first time our parish has been given such exposure so we're so happy and delighted to be part of such an important event.

"We all felt the true meaning and the importance of the day.

"It felt like they were the ones who accepted the Catholic faith. Our youths were also delighted to perform in front of the leaders of the church.

"Which is good from our perspective because they will grow up to become leaders and they are responsible for telling these stories and make sure they continue God's mission on earth.

"We were all emotional seeing the youths perform with their hearts out."

A paramount chief from the village of Lealatele, Tuala Joe Ponifasio, praised the commitment and efforts of the performers for bringing such a historical event to life on Tuesday.

"It was an interesting event," he told Samoa Observer. "It's something that is real. It's not a story that was eventuated and if you follow the story all the way through, you see the effect of Christianity in people, and how that one event on that particular day impacted the lives of the people. 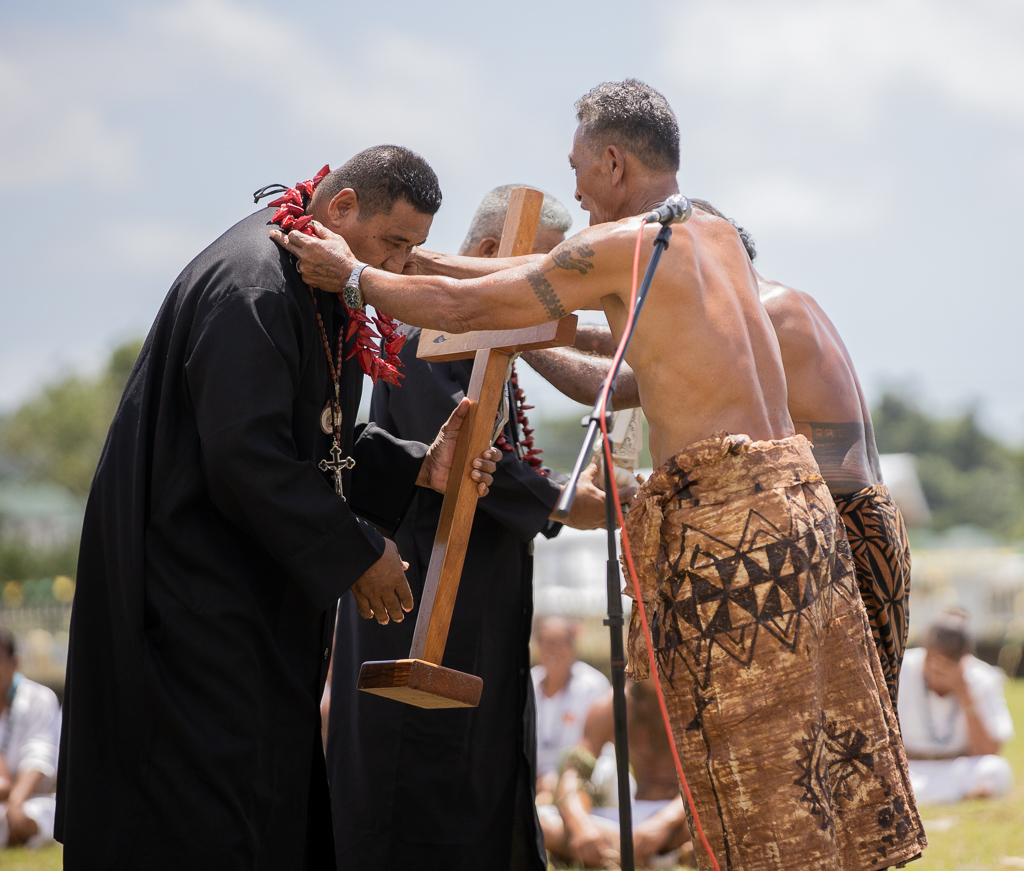 "Working it through with the parish from Lealatele, it was just realistic. We brought the story to life and it felt like the arrival of the missionaries who brought the Catholic faith into Samoa."

Said Tuala, they all had fun putting together the performance and the performers starting from the young ones were in high spirits.

"The people were keen and at the same time, they were very casual about it. They wanted to do it, but it was difficult for some of them to learn the dance.

"There were factors that they had to get over with.  Some of them can't dance, so we had to divide and make sure that they learn the dance in a matter of two weeks. The spirit was there, but they're not used to the exposure having to perform in front of very special guests and leaders of the church.

"But they took it really well and they performed well."