The projects underway in Apia are supposed to improve Samoa's image so members of the public should take care of them. (Photo: Aufai Areta Areta )

The Project Coordinator for the Waterfront Development Project, Fiona Sapatu, has issued a plea for members of the public to take good care of the facilities which exist to make Apia a better town.

The call comes after vandalism was reported around the boardwalk as part of the Friendship Park development. Some lights were also removed and taken.

The Park is part of the Apia Waterfront Development Project, which covers the area behind the FMFMII Government Building at Eleele Fou.

It is designed for cultural communication, entertainment, sports and recreational activities, performance and community gatherings. 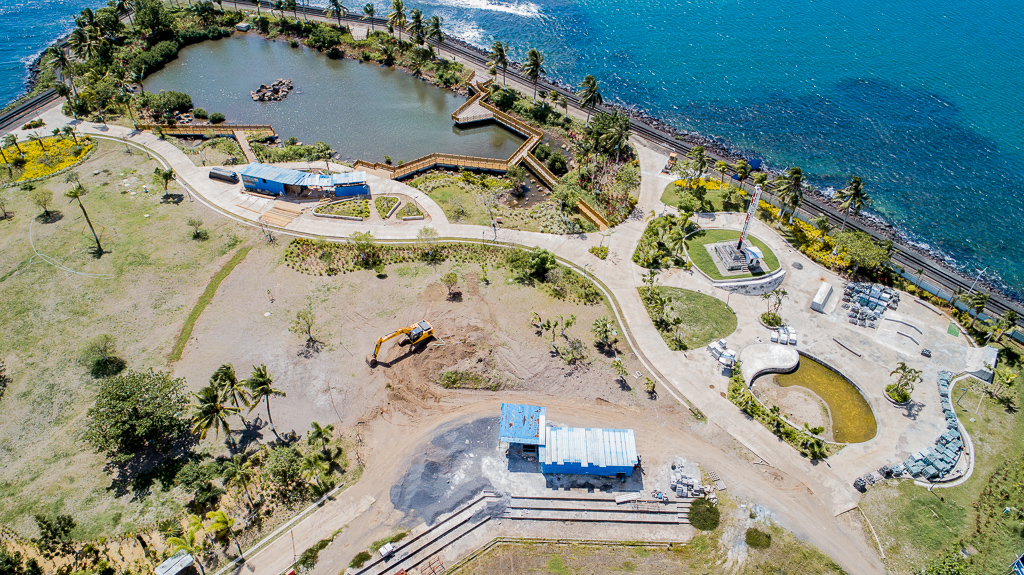 The park and the Samoa’s Arts and Culture Center projects are part of six Memorandums of Understanding and Agreements signed between Samoa and the Huizhou Municipal People’s Government of Guangdong Province, China.

The report of vandalism was confirmed by Ms. Sapatu during an interview with the Samoa Observer.

“So far, we have not identified who was behind it, so we caution the public against doing these acts,” she said.

Ms. Sapatu explained that before the area of the construction site was enclosed, they had to open it up so that E.P.C. could install new lights along the seawall.

“At the moment, E.P.C. is trying to remove the old lights so we can close off the site again and minimise access for the public.

“We need members of the public to stay out of these sites to avoid vandalising the developments but also for their safety having access to existing construction site.

“With assistance from the Ministry of Police they already have an established site office at the Waterfront to increase security of the area and ensuring these sites are secured. The contractor has not reported yet the cost of damage.”

"However, it is under agreement between the two parties Samoa and donor fund to ensure the safety of the site and what the Government is doing now working with Police,” she added.

“There have been impacts from global pandemic on the construction works; therefore there are additional works we have asked in addition to the original scope works," Ms. Sapatu said.

“There are a few technical people from China that are required to be working on this project that cannot fly in. We would like the public to consider that these projects are for them and have that ownership.”

Samoa took part in the virtual 109th International Labour Conference (I.L.C.) to share its views on the key issues facing the world of work.