Martin Taupau came to Samoa to help in its hour of need (Photo: NRL)
Rugby league

The work of Toa Samoa forward, Martin Taupau, to help Samoa during the measles crisis has earned him a nomination for a top award in Australia's National Rugby League (N.R.L.) community.

The Ken Stephen medal award, which was won by another Toa Samoa player last year, Sia Soliola, recognizes the efforts of an NRL rugby league player who has achieved great results in the field but also commits his time off the field to help and develop the community.

He used his profile in the N.R.L. rugby league to raise awareness on the measles outbreak and provide support for families who were greatly impacted by the epidemic.

Taupau and his wife Michelle Taupau collected toys to cheer up the young ones during last year's measles epidemic.

Taupau's gifts arrived in Samoa as planned and were distributed to the neediest families and those who were impacted by the measles epidemic.

For this, the Manly Warringah Sea Eagles club nominated the blockbusting forward for the top accolade.

Taumeasina Island Resort, where the couple exchanged vows in 2019, congratulated Taupau on the nomination.

"Last year we had the pleasure to work alongside Martin Taupau, during the measles epidemic here in Samoa," a post by the resort reads. "Martin and his team arrived and delivered Christmas gifts, and much needed essential items to families worst affected by the measles outbreak which took the lives of 84 Samoans, mostly young children.

"Martin Taupau is a true hero and exemplifies the meaning of "O le ala i le Pule o le tautua!"

"He has been nominated for the prestigious Ken Stephen Medal, which recognizes the efforts of an NRL player on and off the field. Please spend 3 minutes of your time to vote for Martin, and help a wonderful Samoan, get the recognition he deserves. Good luck and Malo lava Martin Taupau." 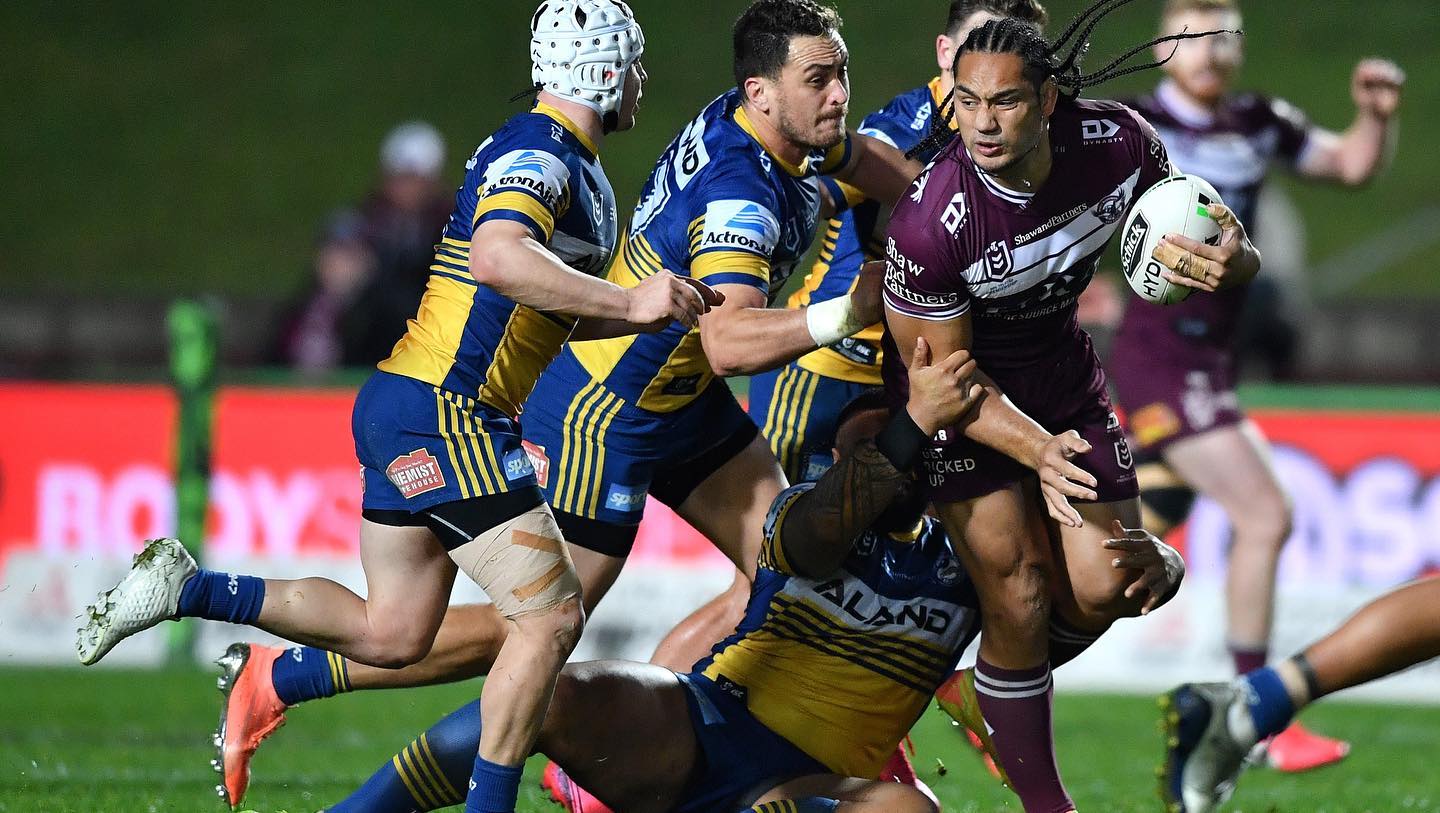 "I've been really impressed by the ongoing willingness to contribute and give back to the communities that cheer them on," NRL head of government and community relations Jaymes Boland-Rudder said.

A panel featuring inaugural 1988 Ken Stephen Medallist and A.R.L. Commissioner Wayne Pearce will decide three finalists, with fans to determine the fourth through an NRL.com poll.

Voting is open until Sunday, September 20. The finalists for the Ken Stephen Medal, proudly brought to you by My Property Consultants, will be announced as part of the Telstra Premiership finals series.

The winner will be revealed on grand final day along with the Veronica White Medal (NRLW) recipient.