The Vaimoso Methodist sanctuary is finally being pulled down after withstanding three major cyclones and several others while serving the community for 45 years.

The structure’s demolition will make way for a new sanctuary, expected to be a slight expansion of the current two story petite parish.

The dismantling of the building started on Monday morning following a traditional welcome ceremony for employees contracted to take apart and building the new church.

The seats and the doors of the old structure were the first to go.

Meanwhile church-goers could be seen taking last minute photos of the beloved church to keep as memories.

According to the Treasurer of the Vaimoso Methodist branch, Manuleleua Asiata Ioane, the current structure is the second structure the church has had since its establishment. 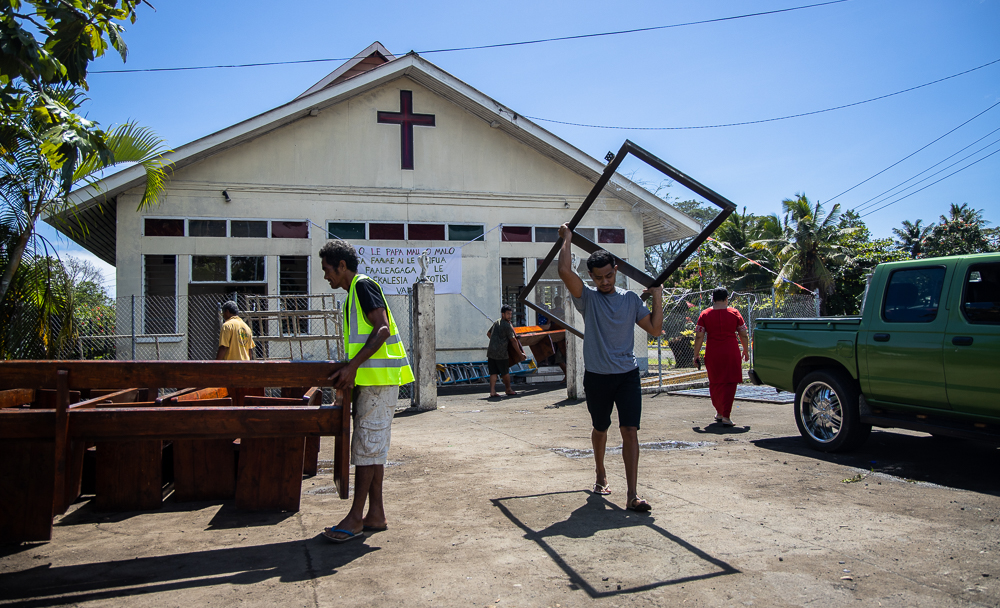 The building has withstood Tropical Cyclones Ofa, Val, Evan and many more since construction began in 1975. Delays in the arrival of construction material caused the church to only be completed and commissioned two years later.

One cyclone the sanctuary withstood was the most powerful cyclone on record to hit Samoa: Cyclone Val, which took nine days to cross the island sustaining winds of 105 mph and gusts to 145 mph. It flooded the village of Vaimoso adjacent to the river.

Manuleleua said the structure has not only been for spiritual sanctuary but also a shelter for the community in rough weather.

But despite being a reliable shelter, the structure bears the marks of the multiple tropical cyclones to strike Samoa over the past 40 years. 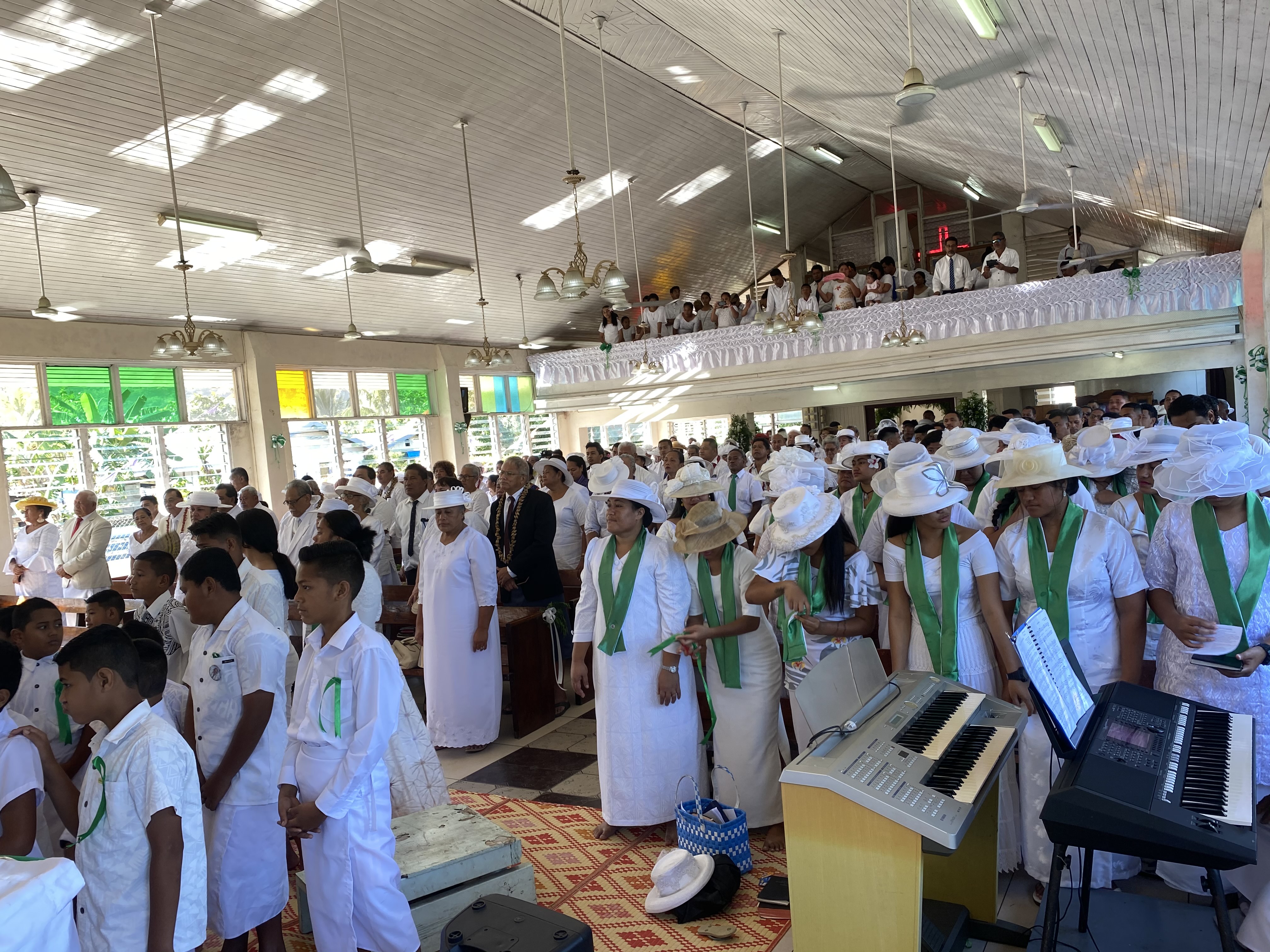 Manuleleua said they are not rebuilding because of a desire to expand, but rather to ensure the safety of its believers.

The Vaimoso Methodist has more than 30 families serving the church and more than 400 individuals altogether attend the church.

Last Sunday was the structure's last church service before demolition began; more than $70,000 was collected in addition to funds already allocated for the project.

More than $500,000 had been put aside for the new building and families have already offered to pay for particular fixtures of the new church, Manuleleua said.

He also wished to give thanks to each and everyone who had contributed to the project, relaying appreciation on behalf of the Minister and the broader Church.