The village of Poutasi has declined to endorse three bills currently before Parliament proposing a complete reform of the nation's judiciary saying more time is needed to review the changes.

Poutasi played host to a Special Parliamentary Committee seeking feedback on the bills on Friday. Prior to Poutasi, Saleilua Falealili met the committee in the morning.

Following a lengthy meeting with the committee, the Poutasi council of chiefs decided to meet again to discuss their final collective position.

Leasiolagi Dr. Malama Meleisea confirmed after their consultation session that Poutasi collectively agreed not to accept the bills in the form they are currently in.

"We don't accept it as it is now, we don't want it to be passed, as it is until a lot more discussions take place in some of the issues which we raised," he said.

"We have collectively agreed that the bills should not be passed until more thorough discussions have taken place and the addressing of raised issues have been satisfied, especially those which we have questioned today.

"So we're going to ask for the postponement of the passing of the bills. More time to discuss [is needed]."

The objective of the proposed legislation is to create an L.T.C. that could make decisions that were beyond the reach of judicial review by the Supreme Court.

Leasiolagi criticised the presentation of the bills by the Committee saying it is causing more confusion.

"We think there is a communication problem as far as the terminology the committee uses and the way they communicate concepts and notions they are trying to promote through this whole thing," he said.

"For example, when people talk about palagi (foreigner) law, and customary law, nobody knows what it is. Without proper definitions, they sort of freely use and quote those things without anybody explaining it properly.

"Already it is hard for the people to understand the concepts they are trying to fit in but if the language in which they use to deliver the bills, the people are more confused.

"It's like they just come and make elaborate speeches that are [...] without substance.”

The committee was asked by villagers if the current bills take into account the recommendations from a 2016 Lands and Titles Court Select Committee Report but the answer was no, Leasiolagi said.

"So that was another sticking point for us. The chiefs were interested in how these bills answer the many concerns listed in that 2016 report," he said.

Leasiolagi also argued with the committee about their explanation that communal rights are not recognised in the Supreme Court.

"As an example, I have human rights, communal rights, religious rights, economic rights, cultural rights and all that. But once they try and separate my rights, it doesn't make sense. I argued that it was wrong to do that," he said.

The village of Poutasi has had three village council meetings to discuss the bills. 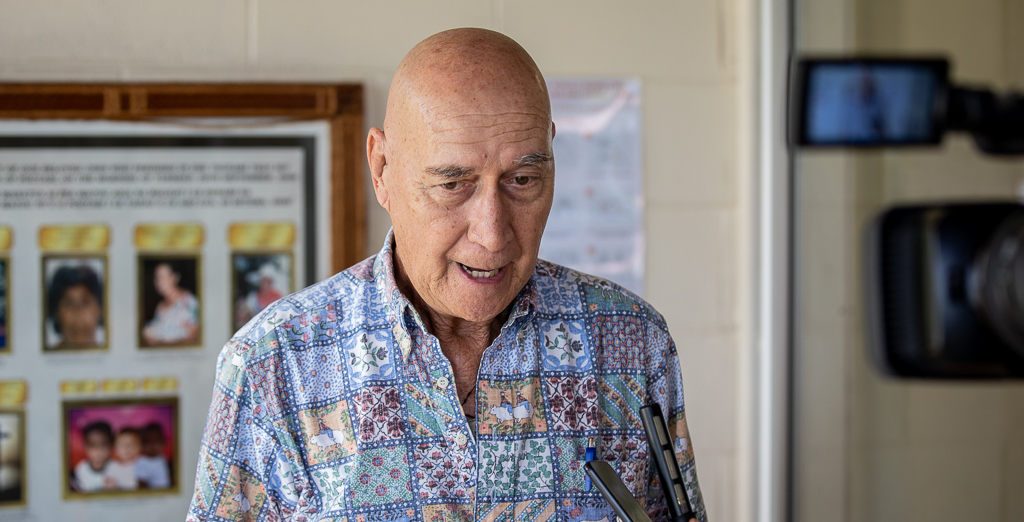 Tuatagaloa Joe Annandale said the consultation has cleared up some of the questions the village had about the three bills.

"As we have heard this morning, the village has heard about many of the things that had been a question mark for a long time," he said.

"But now it is clear from the Committee, especially when it is regarding a change in our constitution, it is important to discuss these things."

Public consultations continue next week in other villages of Falealili.