The Government will redraft parts of the Electoral Act after a legal challenge calling it "discriminatory" and "unconstitutional" was withdrawn in the Supreme Court on Monday.

This was the outcome after several days of closed-door discussions between the legal teams over the lawsuit brought by Tuala Iosefo Ponifasio and Papalii Panoa Tavita against the Electoral Act 2019.

Supreme Court Justice Tafaoimalo Leilani Tuala-Warren on Monday said she was pleased to announce the two parties had come to an agreement.

In accordance with that agreement, Justice Tafaoimalo said Tuala and Papali'i would withdraw their application and for the Government to amend parts of the Electoral Act 2019.

Those parts are spelled out in a memorandum which cannot be made public until the changes are made.

“The applicants will withdraw their applications subject to the following: that the respondent will carry out the amendments to the relevant provisions of the Electoral Act 2019 in accordance with the memorandum which is attached to this order.

“That memorandum will remain privileged and confidential until that is done,” Justice Tafaoimalo said.

Tuala was not present in Court but his lawyer, Fuimaono Sarona Ponifasio, said she is satisfied with the result.

With a tight timeframe ahead of them before the election nomination period closes in October, Fuimaono and Papali'i's lawyer, Mauga Precious Chang, expect to see the changes made soon.

“They have their own process and are aware of the timeframe these amendments must be made so we leave it up to the respondent to attend to those matters,” Fuimaono said.

As for whether they expect to have to return to Court after the amendments are made public, Fuimaono and Mauga said they will have to “wait and see.” 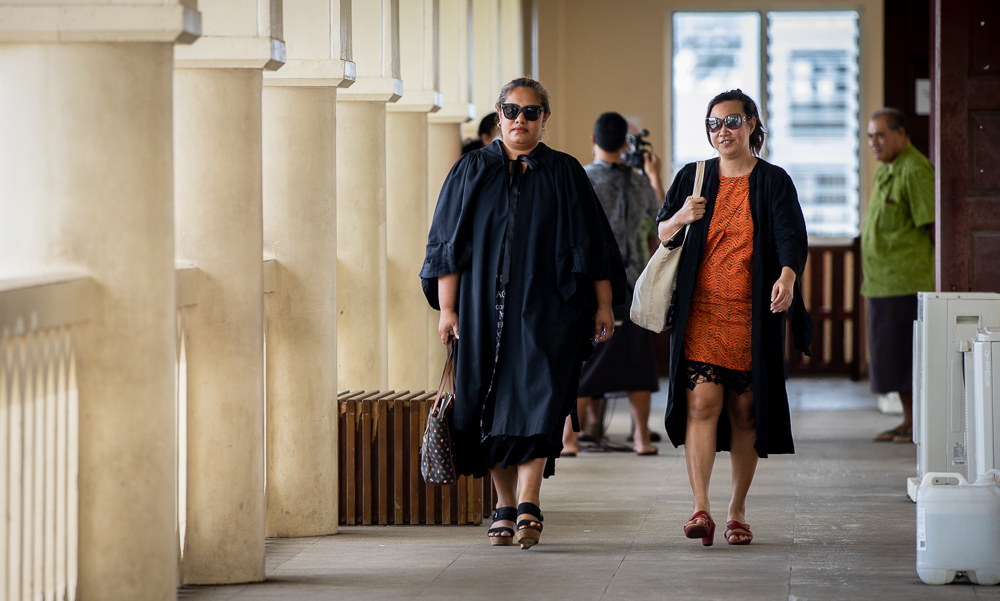 Outside the courtroom, Papali'i and two supporters who were also witnesses in the case were elated with the outcome and are calling it a win.

“All we are hoping for is for Government to address the concerns of the discriminatory nature of the legislation,” he said.

“Under Article 15 of the Constitution, everybody is equal under the law, and there is no room for discriminatory legislation in Samoa.

“You can tell from our faces what happened today, we won the Court case.”

“We are so thankful to God who has given us the courage to argue and tell the Government that the legislation is unconstitutional.”

Veteran politician, Palusalue, said he interprets the result as the Court “registering its approval” for their case against the legislation.

Government lawyer, Attorney General, Savalenoa Mareva Betham-Annandale did not respond to a request for comment. She was joined in Court by senior lawyer Sefo Ainuu. 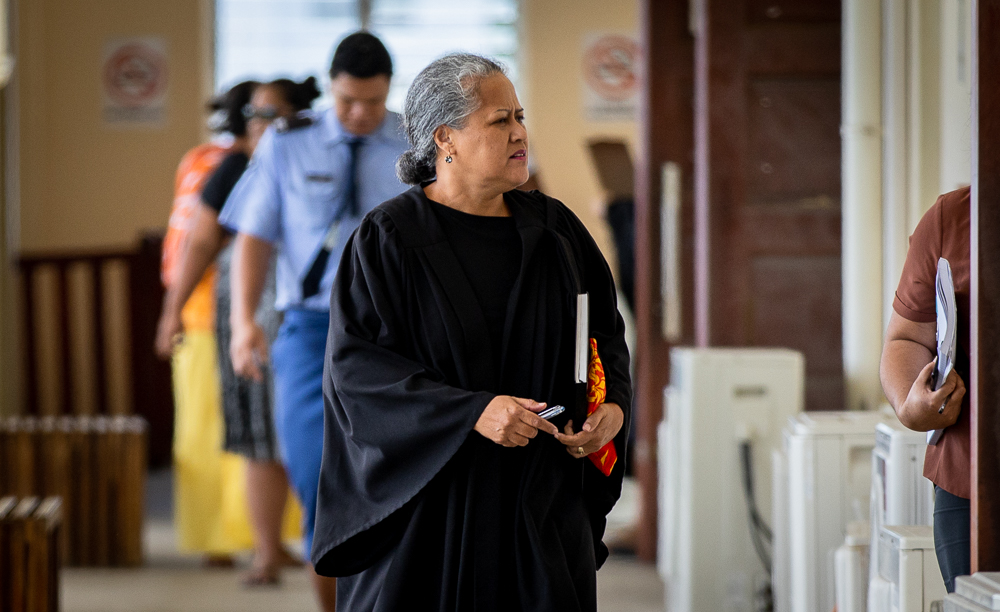 The entire hearing lasted five days, with two full days of testimony from witnesses and two days of closed-door meetings, until the parties met again before Justice Tafaoimalo in her courtroom on Monday afternoon.

The case revolves around the claims that the Electoral Act 2019 is discriminatory, favours sitting Members of Parliament over anyone intending to run, and gives unnecessary powers to the Electoral Commissioner.

Additional issues over the minutiae of candidate eligibility, the monotaga requirement and matai titles were also raised throughout the hearing.

Tuala and Papalii believe the Electoral Act 2019, including a further amendment passed in March 2020 disqualifies candidates from fulfilling their monotaga (contribution) requirement in their constituency.

That is because the law created newly formed constituencies or divided existing ones in 2019. Two urban seats were removed and more than a dozen other constituencies had villages removed or added.

The critics of the law contend that makes it impossible for matai in a constituency less than three years old to legally comply with a three-year monotaga requirement.

There is an exemption in the law for sitting Members of Parliament, which allows them to run without fulfilling the monotaga requirement. Tuala and Papalii believe this is discriminatory and favours Human Rights Protection Party members currently in Parliament.

It is this exemption that, on Wednesday, Faimalo suggested was not interpreted in the law as intended and said that his office intends to redraft it before the nomination for next year’s general election closes in October.

Faimalo said the exemption, also referred to as a transitional provision in the Act, was intended to protect only the current representatives of the Urban Seats which will be dissolved with the dissolution of Parliament in January.

Finally, the case argues that the Electoral Commissioner should not have been given the powers to disqualify an intended election nominee if they believe they do not meet the requirements for candidacy.

Before 2019 this power lay solely with the Supreme Court and the applicants believe it should remain that way.

After Tuala filed his application on the Electoral Act in July (and was later joined by Papalii who filed the same application leading to their cases being heard together), the Government initially filed a strike out motion in response.

In the motion, the Attorney General’s Office called the matter “frivolous, vexatious and an abuse of court processes.”

But several weeks later, the night before the hearing into the strike-out motion, the A.G.’s office filed a notice of opposition, indicating it did want to engage in the hearing instead.

These initial stages were presided over by Chief Justice Satiu Simativa Perese, who handed the baton to Justice Tafaoimalo for the hearing which began last Tuesday.