Gym community out on full force at Perimeter Relay

Samoa’s fitness community were a big presence at the annual Upolu Perimeter Relay this year, with half the teams coming from two gyms.

Two mixed teams entered from CrossFit FatuToa Gym and three from MY Fitness Gym, which entered a men’s, women’s and mixed team.

Most participants had never joined the relay before and were excited to have taken part in something new for them. 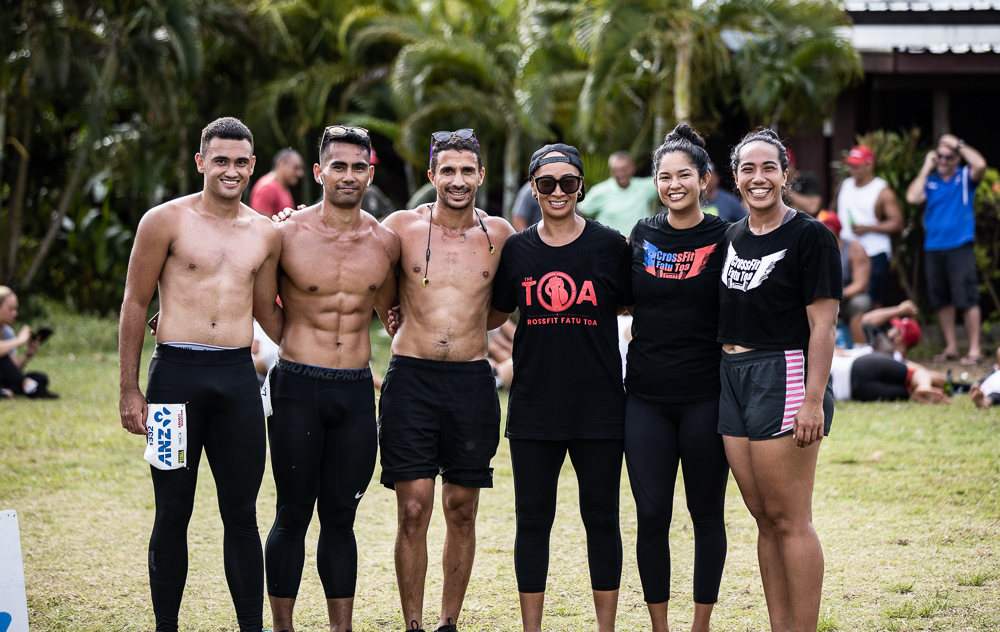 Fatu Toa founder Brandon Sefo – who was celebrating his birthday on race day – said he had really encouraged his members to take part this year and was thrilled to have two teams register, with possibly more in the future.

With the exception of Mr. Sefo who has done the relay three times, everyone who took part did it for the first time.

“The first couple of runs were really good, and as the day progressed, the lack of sleep caught on. It’s always the third and fourth runs that are the hardest,” he said.

“We don’t run these distances, usually [we run up to] one kilometre, never up to the five kilometre mark, so it could be something to look at in the future, maybe start programming it into the gym more often.”

Up next he wants to try going the distance with a triathlon and venture further out of his comfort zone, he said.

Red Sloth runners Natasha Schuster, Jayde Leota and Rosario Siliva were exhausted but thrilled to have taken on a new challenge.

They said they hadn’t thought to sign up for the event until their gym joined, and then it was no question.

“Why did we do this?” Ms. Schuster asked her team members.

“We wanted to prove we can run faster than a sloth,” Ms. Siliva laughed.

The team, who are all regular crossfit trainees, started adding extra running to their routine workouts five weeks ago to prepare for the event. 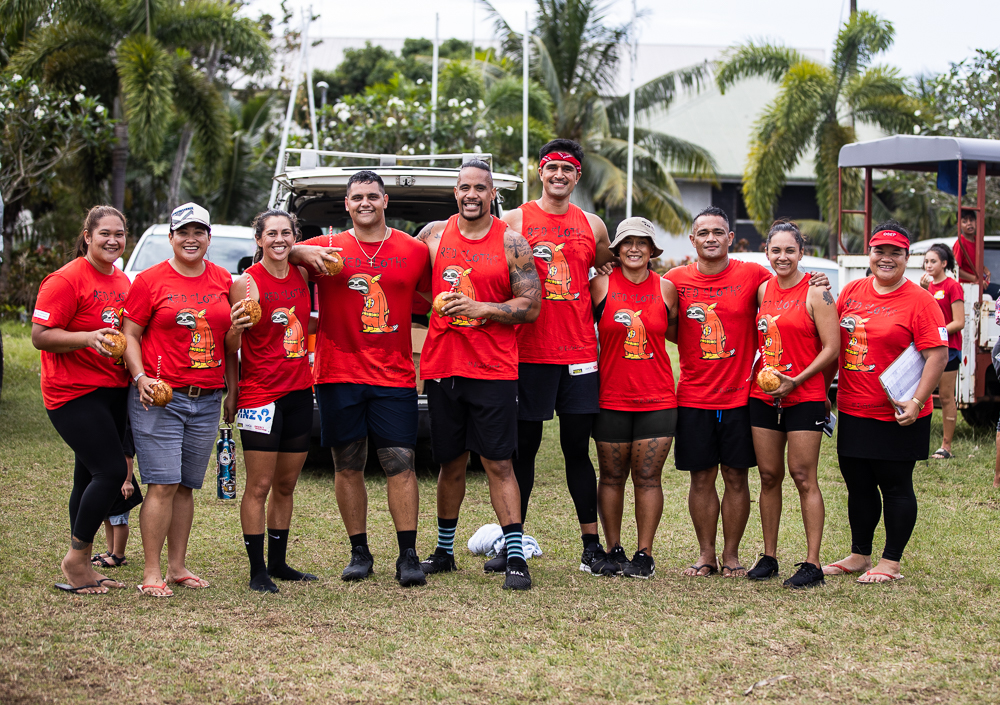 MY Fitness Gym registered three teams, which was a surprising and encouraging turn out, participants said. What started as just four running enthusiasts ballooned and even though some were nervous to take on such a distance, they did it anyway.

Here 4 Fun from MY Fitness was the only women’s team to enter the relay, with an all-female driving and support team to boot. They took 12 hours, 49 minutes and 39 seconds to finish the relay, coming in ninth place.

Captain Christine Tuioti said none of the women had ever done the Perimeter Relay before and were very excited to join in though it was “out of left field.

“We all got together and said let’s go for it – just close your eyes and go,” she said.

“We trained at the gym, and then ran with the whole gym family on the weekends which made a big difference with early morning Saturday runs.”

None of the team members are regular runners so took a leap of faith on going the distance.

“We said we wouldn’t do it again but I am looking around and maybe next year we’ll put our hands up again!”

Ms. Tuioti said more than not being used to running distances, for a long time she did not even enjoy running at all.

But the “girl power” in her team was enough to inspire her to take part and then finish the event.

“I used to hate running, so I am kind of thinking, did I really do this? It comes a good group of girls in our support group, I couldn’t have done it without the support group.

“They were jumping in and out, putting ice towels over us, giving us water, some even ran the legs with us when they saw we couldn’t push. It was a real all-girls event.” 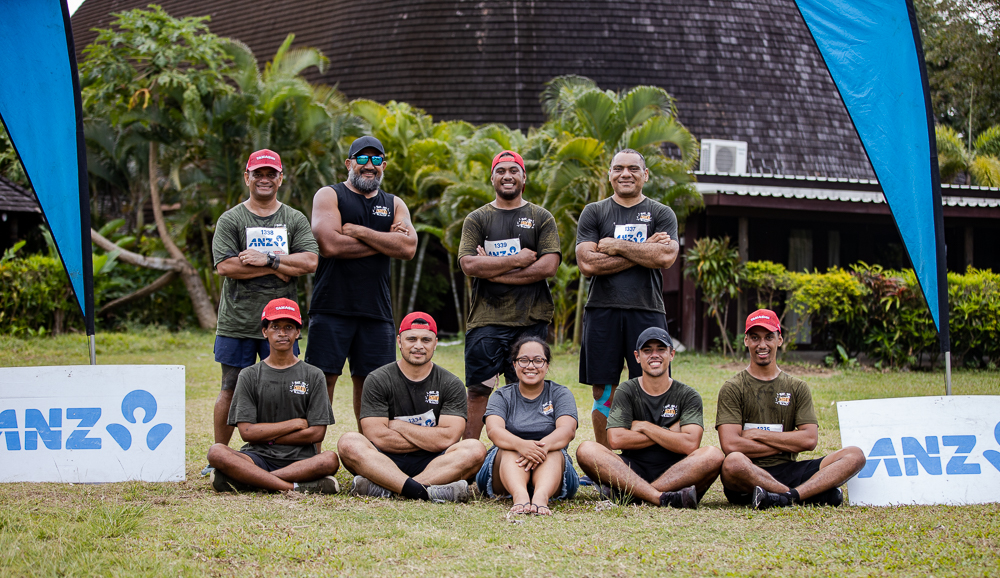 The men’s MY Fitness team Eat the Cardio, captained by Anthony Talouli, took just 11 hours, 46 minutes, and 28 seconds to complete the relay, and came in seventh place.

Mr. Talouli said the team shaved 15 minutes off their expected finishing time and had a lot of fun taking part and training for the event.

“MY Fitness Gym is such a great place to work out, the leadership is fantastic, the atmosphere is good.

“We decided we wanted to run and it went from one men’s team to three teams, and most of these guys don’t really run.”

Paletasala Faolotoai who led the mixed team Here 2 Participate said though his team tried to get eight hours of sleep before starting their race at 3:30 in the morning, the nerves were too much.

“We tried to go to bed at 4pm but we struggled to sleep, you can close your eyes but the mind is wandering,” he said.

“This is my first time doing this, we were quite excited and it was amazing.

“It was good to do as a community and as a family of friends, gym buddies, all getting in and enjoying the run.

“It was different, it was challenging, and we are expecting really sore legs tomorrow… it’s good to get out of your comfort zone and get out and do it.” 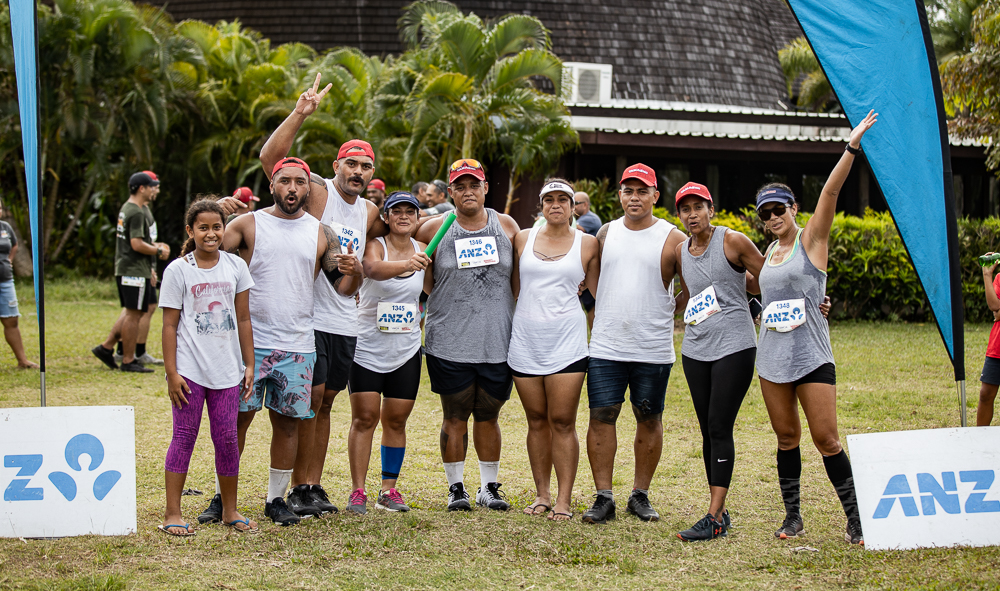