Rimoni counts on spiritual blessings as he eyes Manu spot

Nineteen-year-old, Steve Rimoni, has bright future ahead of him in rugby.

The Taula Eels star who has been named in the Manu Samoa Sevens extended squad hails from the villages of Vaiala, Saoluafata, and Falelima, Savaii.

He is a year 13 student at Leifiifi College and he says he blessed to have his spiritual parents, Reverend Iese and Siaea Uele, as his supporters.

His goal is to one day make the Manu Samoa.

"My rugby career started at Falefitu Primary school in year 4, but in Year 6 I received my first ever Most Valuable Player (MVP) award," he said.

"My parents have always supported me from the start, and now I have my spiritual parents doing the same. They never miss any of my games, and for that I am grateful." 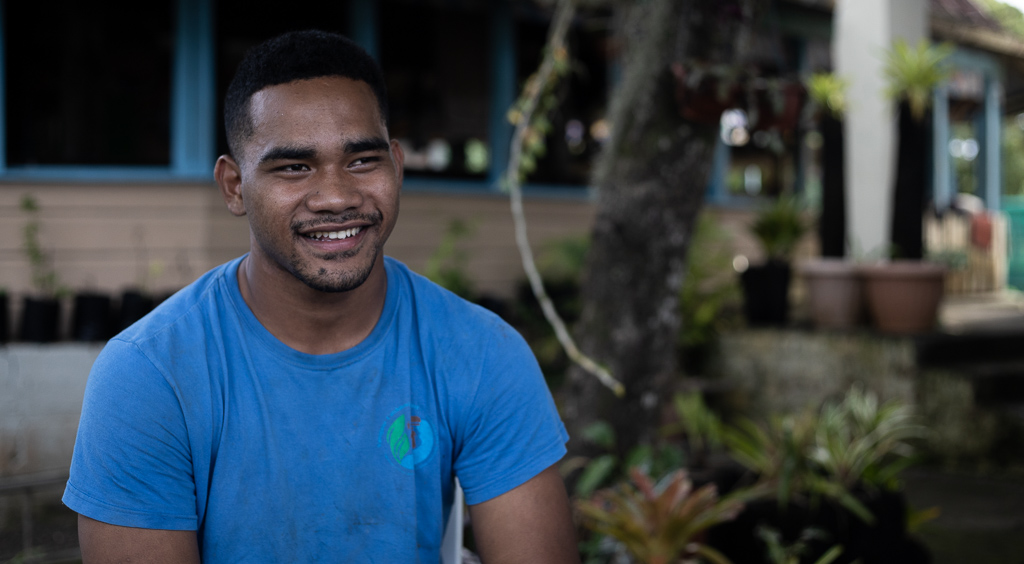 However, he lost his mother in 2015. It was also the year that he almost gave up his dream career.

"When I lost my mother, I began to let go of my rugby career," he said.

"I lost motivation when I lost my mother because she was always there with my father to support every game.

"But I know that right now is my time, there’s six of us, two girls and four boys and I am the eldest. And I believe that rugby can also become my future as I know it's what I do best. My father encourages me to keep pushing and to strive for my goal because one day I will make it big." 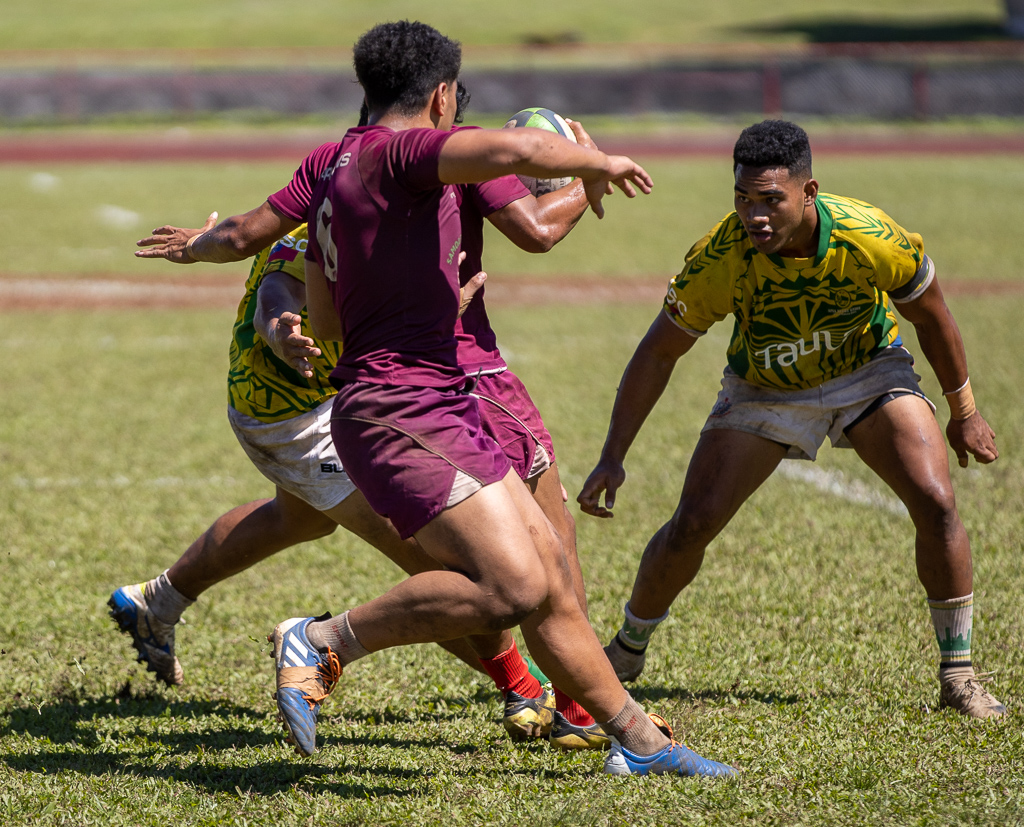 Rimoni remembers the time when people looked down on him and told him he wouldn't amount to anything because of his size.

But he did not listen to them and her persevered.

"I have always played in the 15s but then I was selected to play in the sevens team," he said.

"Sevens is very different from the 15s which I'm used to, but I know the game has to do with your discipline and mindset. Playing in Primary schools tournament, I was selected to be a rep in the Manuiti team which I was able to travel with to NZ, that’s when I know that rugby is my talent and so I started to develop it." 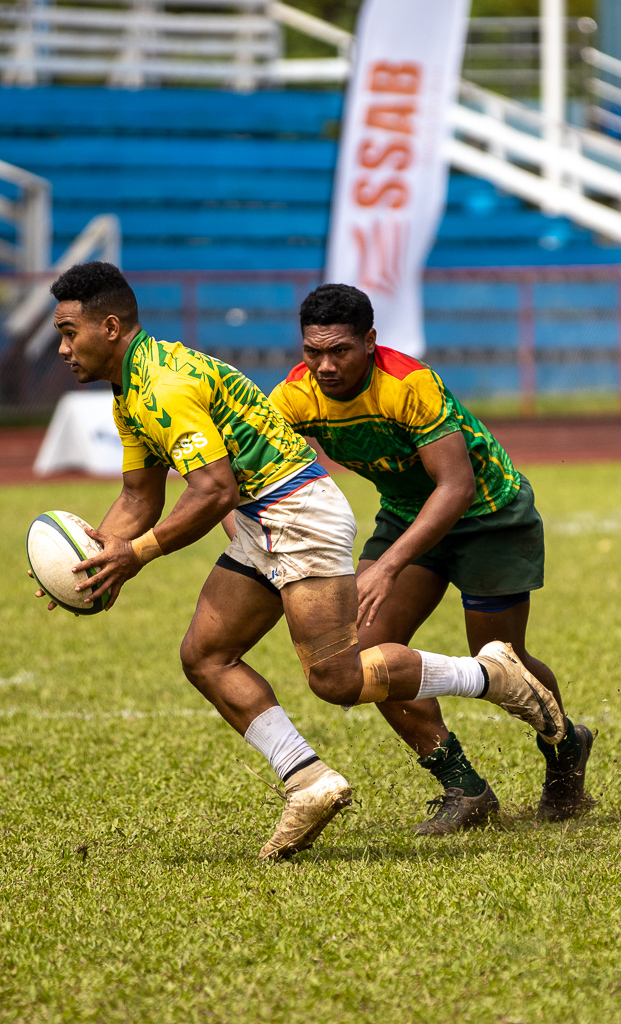 "At school when I entered in year 9, I was selected to play in the third and not the fifth which every year 9 students should start with.

"But at the time, teachers looked down on me because of my body size, that was when Reupena Levasa and Mr. Pula were my mentors.  They tell me that “I should stay because my body size was too small” but that did not stop me from trying to work hard and trying hard to meet my teacher's expectations.

"So in year 10 up to year 12 I was awarded MVP. I also captained one of the Leifiifi teams."

"In 2007, I was selected in the U-18 sevens where we went to Australia, even though we didn’t win but it helped me gain more experience and understanding about certain areas in the game.

"In 2017, we went to Japan for a tournament in preparations for the Youth Olympics in that same year. This year (2017) gave me so many blessings, I went to tours three times in a row and fourth one in Argentina but we weren’t successful. Despite not winning those tournaments, I was happy because it gave me a lot of experience, and watching other people play also helps in lifting my rugby career." 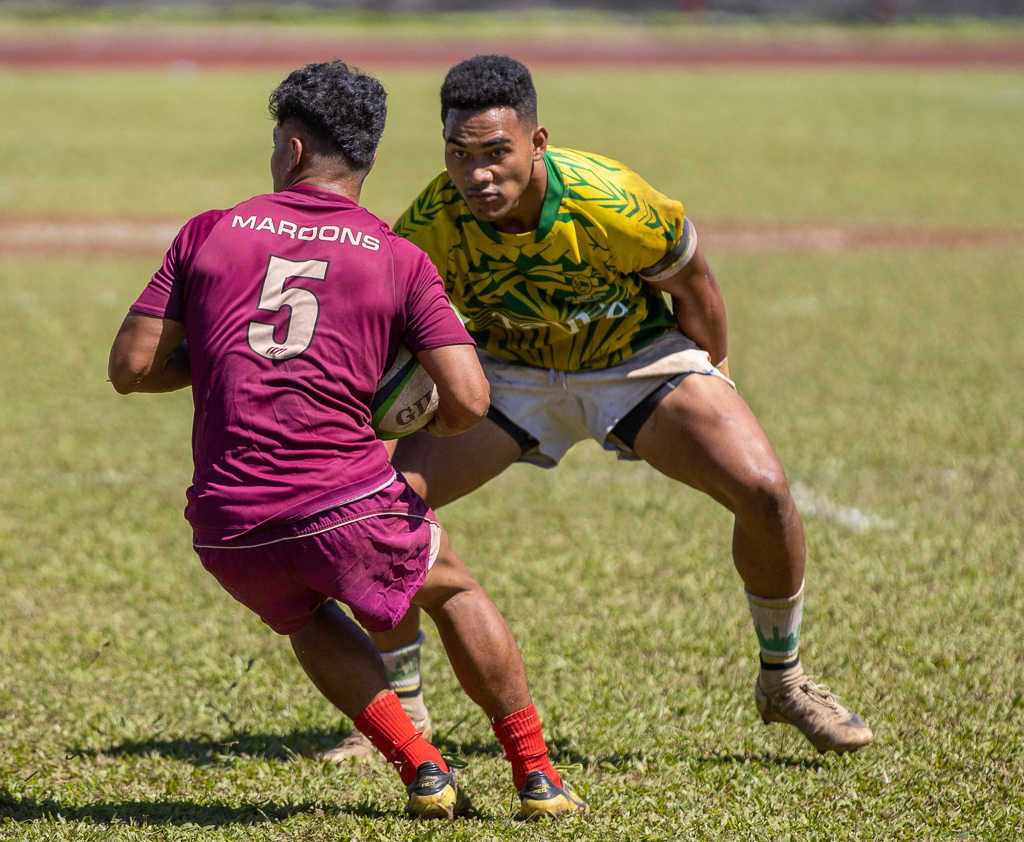 He started from the Faatoia before he moved to Vaiala. He played half back, second five and now on the wing.

And they are proud of him too. Rev. Iese said they want him to stay focussed and continue to find success.

"There are five things I always tell Steve every day to keep in mind," Rev Iese said.

"First always have a positive attitude either towards a player, a coach, or anyone, second discipline. Discipline is very important in the life of a rugby player.

"Third his relationship with God, he should make sure that he is always seeking God's protection and guidance. Fourth, eat balanced food, we always feed him vegetables, we prohibit him from drinking sweet drinks like cans or bottles of coke because it will put his career at risk. And lastly, his training, we advise him to take his training seriously."

He keeps Steve active by making him work in their vegetable garden, he believes that it helps with his physical strength.

"Every Saturday, Steve goes to work in our vegetable garden before he comes to the games even when the Vodafone sevens was still on. I always tell him, if he is honest with that stuff, he will be successful on the field as well."