Tuilaepa made the remarks during the prize giving of the Dream Big, Win Big promotion on Friday, which gave winners prizes including new cars.

The first car from the promotion was won by Epi Lini from Apia after she picked a winning key. She is studying at Piula Theological College with her husband. 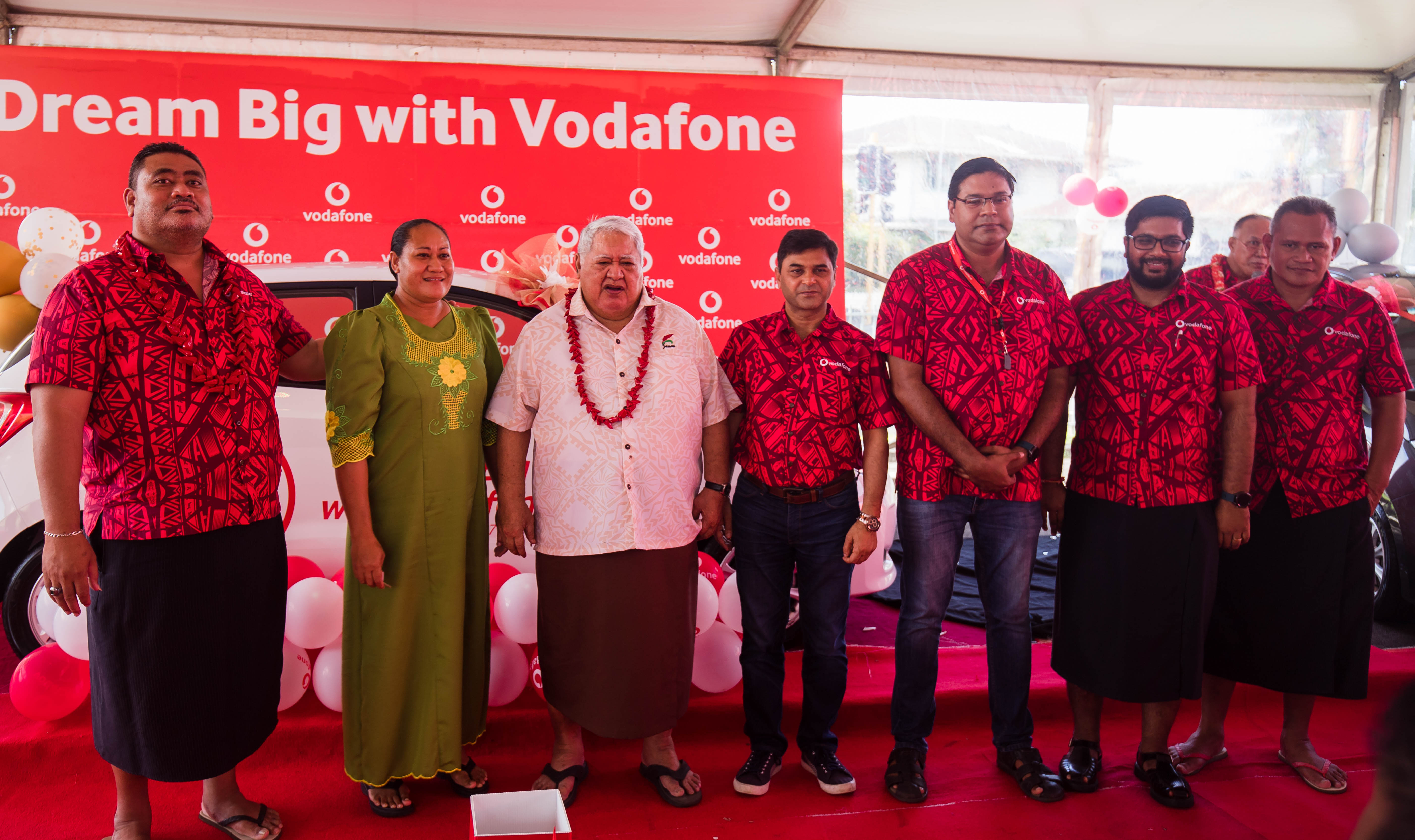 According to a statement issued by Vodafone Samoa, the Prime Minister said that the arrival of the global brand, Vodafone in Samoa in early April bought an abundance of blessings for the country. (The company overtook the entity previously known as Bluesky).

Among the contributions Tuilaepa highlighted, include the investment of over $8 million into upgrading and maintaining what the company bills as Samoa’s fastest and largest 4G network.

The network, Vodafone said, consists of over 90 towers- connecting to the Tui Samoa and then onto Australia and the United States via Hawai’i.

The Prime Minister also mentioned Vodafone’s regard for its corporate social responsibility policy within the country, and its reinvestment into communities through the education sector as well as its promotional giveaways.

“The funds reinvested back into our communities by Vodafone Samoa, are not small amounts and so I commend Vodafone for its continuous support towards our Government and our people,” he said.

The Prime Minister concluded by saying that he has noted an increase in competition to provide consumers with better mobile services since the arrival of Vodafone in the country.

“This is another confirmation of the Government's successful commitment to this sector and our people,” Tuilaepa said.

“While this promotion is being celebrated as a blessing, I would like to take this opportunity to share that this is not the end,” he said.

“This is just the first stop of the journey. Two other cars will continue to be on the block and available for the next two months, you only just have to buy any bundle over $7 to go in the draw to win big.

“Lastly, I would like to share that there are a lot of reasons you should join Vodafone Samoa. And that is Vodafone is the only company with a 24/7 call centre services, the only network to provide undersea cable connectivity to the [United States of America] and Australia, which means better speed and [a] fallback option if something goes wrong on one cable.

“There are 60 more days to the Dream Big, Win Big Promotion so continue to buy as many bundles as you’re able to, you could be our next Car Winner.

Vodafone Samoa's promotion rewards customers with the chance to win three brand new Hyundai Grand i10’s or cash and prizes once a month for three months.