“A number of Commission of Inquiries looked into this specific issue and they said a number of mistakes have occurred [while] having the special votes, and most especially in Savai'i,” Tuilaepa said.

Speaking during his weekly radio programme, the Prime Minister said records indicate there are 4,000 Savai’i voters living in Upolu.

“The Electoral Office is working on getting the specific number of voters across the country,” he said.

In the recent by-election in the Gagaifomauga No. 3 poll, 921 of 1,445 registered voters casted a ballot.

He said the Electoral Commissioner is collecting information and those that did not vote will be summoned, asked to explain why and dealt with accordingly.

The Prime Minister suggested that some voters may have passed on while others could be stuck overseas due to border closures.

“The [electoral] changes will better suit the election and [...] eliminate the issues [encountered] in the past where the candidates win the [support of] voters [who] live in Savai’i, yet they lose [the election on the basis of voters] who live in Upolu,” he said.

Election chief Faimalomatumua Mathew Lemisio told the media last week that more than 60 percent of registered voters turned out for the 28 August poll.

“And, like I said, that number could go [higer] when we start removing the deceased and those living overseas so that is really positive going into the general election,”  Faimalo said.

Faimalo said it was premature to assume the reasons why voters had not cast their vote on polling day.

"For sure there are people that are included in the roll that has already passed on. Surely some of them are now staying overseas,” he said.

"So we will do a review and analysis of the poll.

“We have been asking all the constituencies to help us identify those who have passed on and those who have traveled overseas because we don't know until they officially inform us."

A time-frame of six months has been given to the Office of the Electoral Commission to conduct a review and compile a report on the outcomes and results of the by-election to present to the Parliament, said Faimalo.

Only after a review of the roll is undertaken can they find out who will be fined for not voting in the by-election last Friday.

According to Faimalo, not only they will be penalised financially but it will be included on their permanent records. 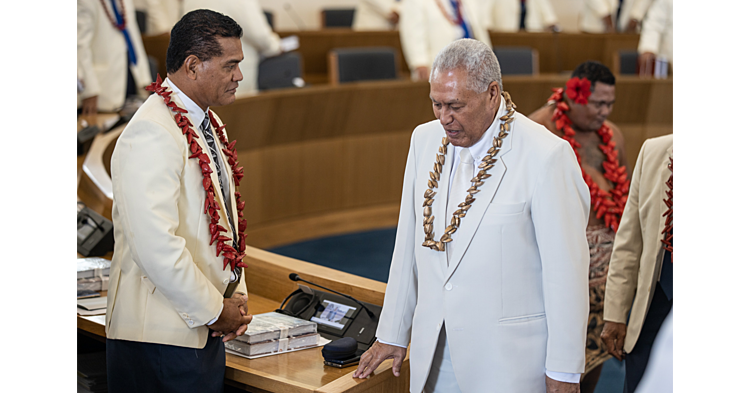