“Their [merger] is nice. The truth is parties are good things. And I give them my blessing,” Tuilaepa said.

The Prime Minister also offered his advice for the newly merged parties, who will be running under the flag of F.A.S.T. in the upcoming election.

“May they live well and grow well. And good growth is working together. May you follow your policies [... of freedom],” he said.

“Parties such as these do not take long until they break apart and disperse. As once [as] the leader may try and say ‘do this’, [another]might say ‘it is none of your business’.” 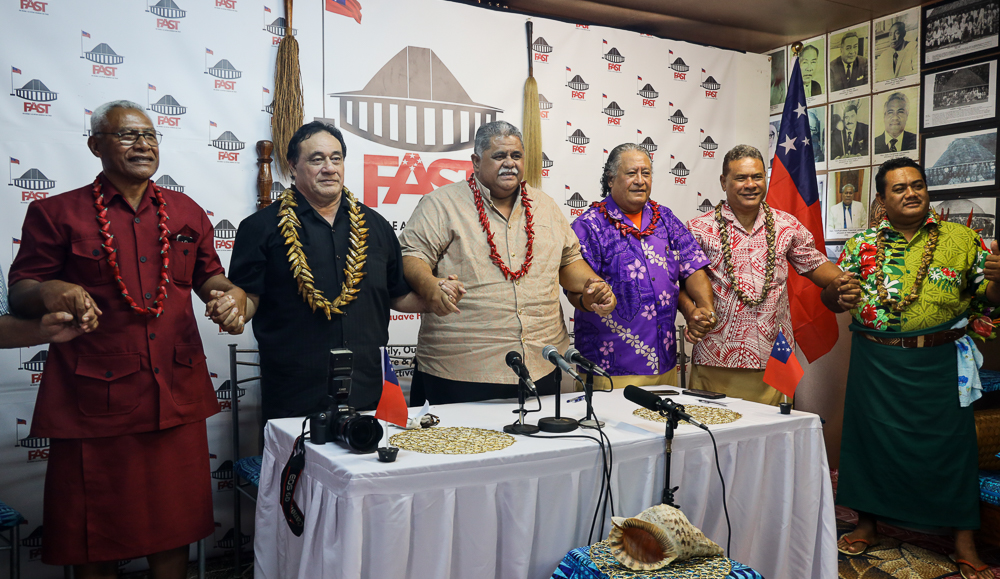 While the manifesto for each party remains unchanged, their candidates will contest under the F.A.S.T. banner during the 2021 General Election.

Tuilaepa said a leader should set examples for his party to follow.

While he did not mention La’auli’s name, Tuilaepa said the fact that their leader left his previous party, the Human Rights Protection Party (H.R.P.P.) is an example that speaks volumes.

The move by the S.N.D.P. to join forces with the F.A.S.T. is to assure the motto unity will make the party strong, Valasi said.

Speaking during the press conference announcing the parties’ merger, Malaeolevavau said their main objective is to remove the H.R.P.P. Government which has been in power for decades.

Tuilaepa recalled that the last time there was a merger of political parties was in 1986 and 1987 and “nothing good came out of it.”