Empowering the women of Falealili

The women of Falealili are extremely grateful for the opportunity to develop life skills they will use to improve their families.

The women took part in the 6th session of the Self-Esteem workshop as part of the Nofotane project spearheaded by the Samoa Victim Support Group (S.V.S.G.). Nofotane refers to a woman living with her husband’s family. 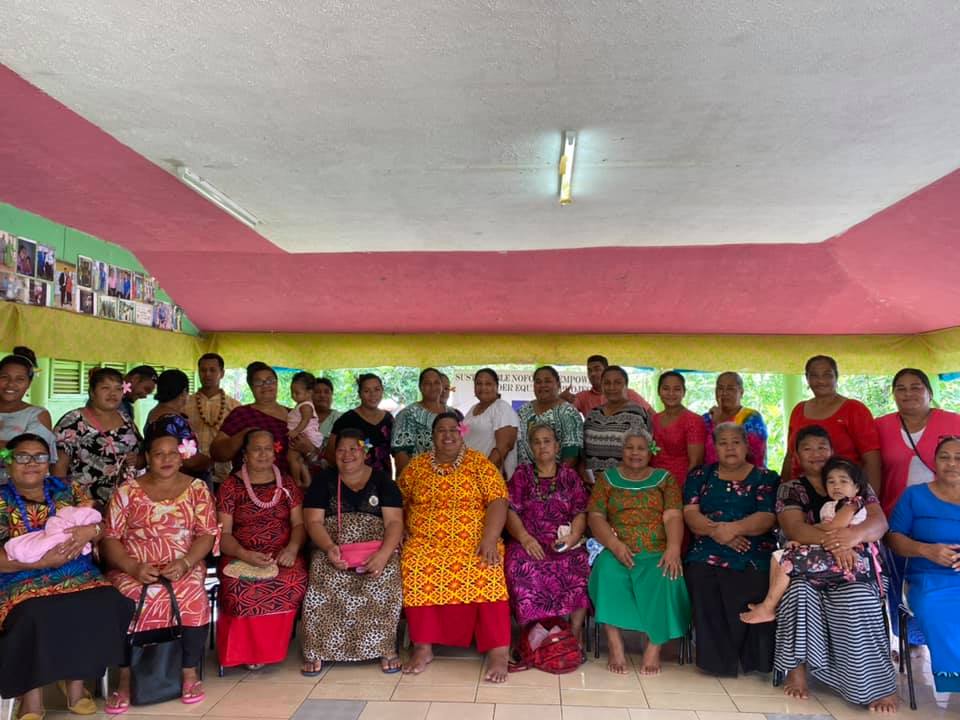 A statement from S.V.S.G. said the latest workshop focussed on the women of Falealili helping them to learn new skills they can use to generate money to feed their families. The women Saleilua, Matautu, Vaovai, Satalo, Malaemalu, Salesatele and Salani gathered at Salani for the workshop.

In 2017, Seupepe learnt baking from the commercial cooking component of the livelihood training rolled out by S.V.S.G.

However, she has become a farmer, who shares with S.V.S.G. on how she spaces out her planting season so that harvesting will also be in succession. At the same time, her baking continues to serve the children’s school canteen and other events held in the village.

Another participant, Sinuanua Solia, of Malaemalu, who learnt how to make flower accessories in 2017, but is now producing a variety of beauty accessories to sell, while at the same time, run training sessions she personally financed, to teach other women this crafting skill.

Siliniu Lina Chang, S.V.S.G. President said that the ripple effect of being empowered is now having a cascading benefit to all village women, besides the nofotane.

“These are the Falealili women, standing together and pressing forward with courage and dignity for themselves and their families.

“Thank you so much European Union for funding S.V.S.G.’s programme for the nofotane women through the Civil Society Support Programme.”

Projects focused on improving the economic status of women living outside of their home villages by building their management and financial skills have received $2.4 million in funding.

The Government of Samoa through the Civil Society Support Program II in partnership with the European Union (E.U.) has awarded six non-Government organisations (N.G.O.) grants for gender equality initiatives.

A total of EUR$800,000 (about $2.4 million tala) was awarded to the N.G.O.s. The Samoa Victim Support Group (S.V.S.G.) is one of the six recipients and is ensuring work towards economic empowerment and gender equality. A 15-seat vehicle worth $50,000 has also been provided in conjunction with the financial support for the S.V.S.G.’s work which involves transportation around Upolu, Savaii and Manono-tai.

The grant will also go towards the S.V.S.G.’s broader aim of supporting victims of gender based violence.

S.V.S.G. is a non-governmental organisation set up in Samoa in 2005 to support victims of crimes and the most vulnerable populations through advocacy, casework, and shelter for children.