Samoa
Witnesses for the hearing on the Electoral Act gather outside the Supreme Courtroom. (Photo: Aufa'i Areta Areta)

On the second day of a hearing into issues over the Electoral Act 2019, Electoral Commissioner Faimalomatumua Matthew Lemisio took the stand for a marathon of around four hours.

Legal representation for one of two applicants in the matter, Fuimaono Sarona Ponifasio, questioned the Commissioner on legal definitions over matai eligibility for candidacy in a given constituency and the powers of the Commissioner to disqualify someone from running.

Fuimaono’s client, Tuala Iosefo Ponifasio contends that newly formed or divided constituencies disqualify candidates from fulfilling their monotaga, because the constituency their village is in was changed in the 2019 Act.

For example, Tuala who is from Leauva'a is currently in Gagaemauga No.1, but under the new Act (that comes into force at the dissolution of Parliament in January) he would be running for Sagaga No.3 where Leauvaa has been moved to.

The current M.P. for Gagaemauga No.1, Sala Fata Pinati, is currently exempt under the law from having to render monotaga for the three years leading up to the election. 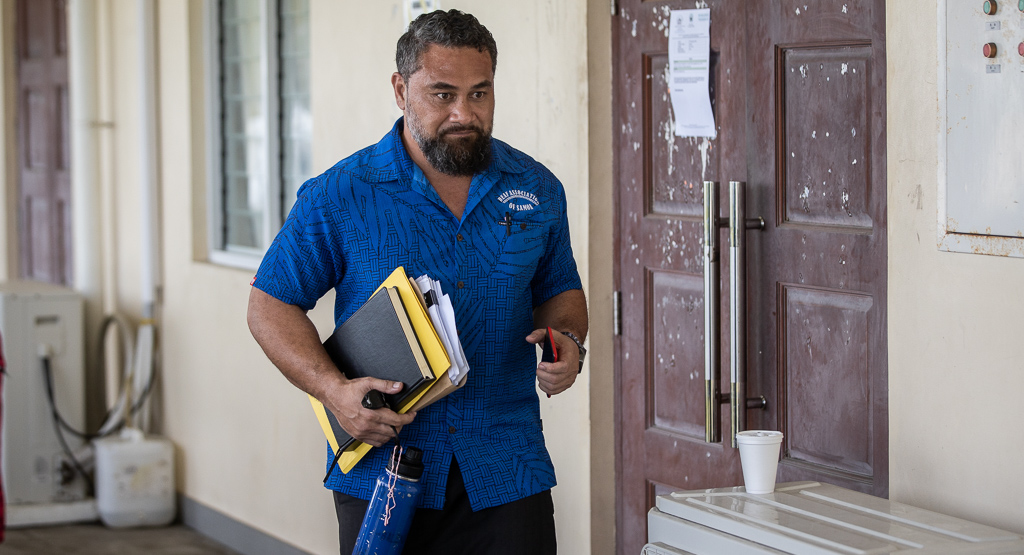 But Faimalo contends the only thing that matters is the village, regardless of how many times the boundaries it is in might change.

“Regardless of where your village falls in the new set up, the monotaga shall be rendered to that village,” he said.

“It’s very simple,” Faimalo said. “Regardless of where you draw the boundaries for these electoral constituencies, your monotaga should directly be rendered to your village.

“If today my village is on this side of the boundary and I am rendering my monotaga and next week it changes to that side, it doesn’t change my monotaga. If the constituency changes it doesn’t change the village, that is our answer to your question,” Faimalo said, adding that it is “straightforward from an administrative point of view.”

Fuimaono said that as a lawyer trying to apply the Act, it is not straightforward at all.

“The Act specifically says “’village’ means a village, from which a Matai title was conferred, within a constituency,”, and it is the constituency you want to represent, isn’t that an issue?

“Is it your evidence that you don’t need to have a link between the village and the constituency you want to represent?

“How can a person render a monotaga in a village in a constituency that has not even become law?”

Another major issue explored was whether the Electoral Commissioner ought to have the powers to disqualify an intended nominee from candidacy, as the role now has under the new Act.

Previously, only the Supreme Court had that power.

Faimalo said he only has the power to disqualify a potential candidate if the person has not correctly filled out or submitted all the paperwork required by the Electoral Commission by the end of the nomination period.

If all the paperwork is present and satisfies the Commission’s requirements he has an obligation to accept the nomination, he said.

He also highlighted that the Commissioner’s decision does not have to be final, with an option for the potential candidate to seek a Judicial Review and for the Supreme Court to potentially order a new or different decision be made. 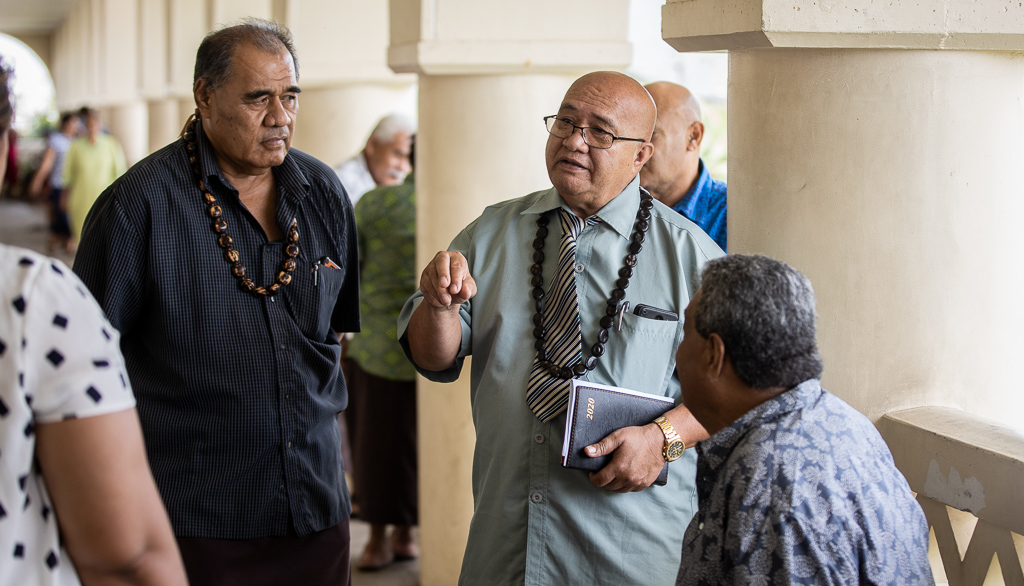 Joining Tuala in the case is second applicant Papallii Panoa Tavita, who is represented by Mauga Precious Chang.

Mauga also asked Faimalo why the legal changes around the monotaga and the electoral constituencies were made so near to the 2021 election.

He said his preference was for the changes out of the Commission of Inquiry to be finalised three years before the next election, and that the bills were tabled in Parliament in a timely fashion.

“The process is totally out of our control once we draft and table the bill.

“The Commission of Inquiry was completed around 2017, the first draft of the bill was tabled in 2018 and we have no further authority apart from advising Parliament on how to deal with this bill.”

He said his office did raise their concerns that the process might take too long and cut into the three year monotaga requirement they were amending.

“We needed to have all the laws passed at least three years prior to the elections but like I said that is something that is completely out of our control.”

The Commissioner was also asked whether a matai’s three year monotaga service is eligible if the matai changed titles partway through, or if they want to run under a different title than the one they used for the three years prior.

A witness joining applicant Papalii, Afemata Palusalue Lemalu has stated he and his village wish for him to run under his more prestigious title Afemata, but it was not conferred on him three years ago.

Faimalo’s interpretation of the Electoral Act was that no, a matai must render monotaga in the village where their registered title is from for three years, and that it must be the same title, meaning the witness would have to run under Palusalue.

However, there is nothing stopping a candidate from recording more than title on their nomination form.

Justice Tafaoimalo asked Faimalo to explain exactly where in the Act he draws inspiration for his interpretation that a matai cannot change titles to run in the election even if they serve the same village for the whole three years.

“If this person has rendered their monotaga in his or her village, I am trying to find out how you are hooking the two together,” she said.

“These are your words that have been added in, that are not in Section 8 (of the Act) but you have said in your affidavit that ‘rendered monotaga under that matai title.’

“All of a sudden the word ‘that’ is there which I have not read in Section 8, so where did that come from?”

Faimalo said the only acceptable matai title a nominee can run under is the one they have used for the last three years to render their monotaga, adding that part of the reason is that in some villages, different titles carry different levels and expectations of monotaga.

It is also not the end of the road, with the option to seek Judicial Review and even a second appeal if the decision is not to the matai’s liking.