Samoa
There are no plans to close the Sheraton Samoa Beach Resort, according to both the resort manager, and head of the Samoa National Provident Fund. (Photo: Aufa'i Areta Areta)

Despite widespread hotel closures nationwide, there are no plans to close the Sheraton Samoa Beach Resort, the resort's manager and head of its owner, the Samoa National Provident Fund (S.N.P.F.), said.

The S.N.P.F.'s Chief Executive Officer, Pauli Prince Suhren, told the Samoa Observer on Tuesday that: “In spite of the challenging times, there are currently no plans to close the resort.”

(The S.N.P.F. holds a majority of the resort's shares, company filings show).

The resort's manager, Mark Wendt, said that plans remain in place to keep the resort viable and keep all its employees on board.

In late July, Mr. Wendt said the resort has had to become more creative with how it attracts guests, but it is managing to pay its operational costs even as the pandemic keeps Samoa’s doors firmly closed to international tourism.

Contacted on Tuesday by the Samoa Observer, he said the goal is still the same: to stay open and keep everyone employed.

Like many other businesses around Samoa, staff have had to lose their hours and many have chosen to take up other jobs on a part or full-time basis, but no one has been laid off. 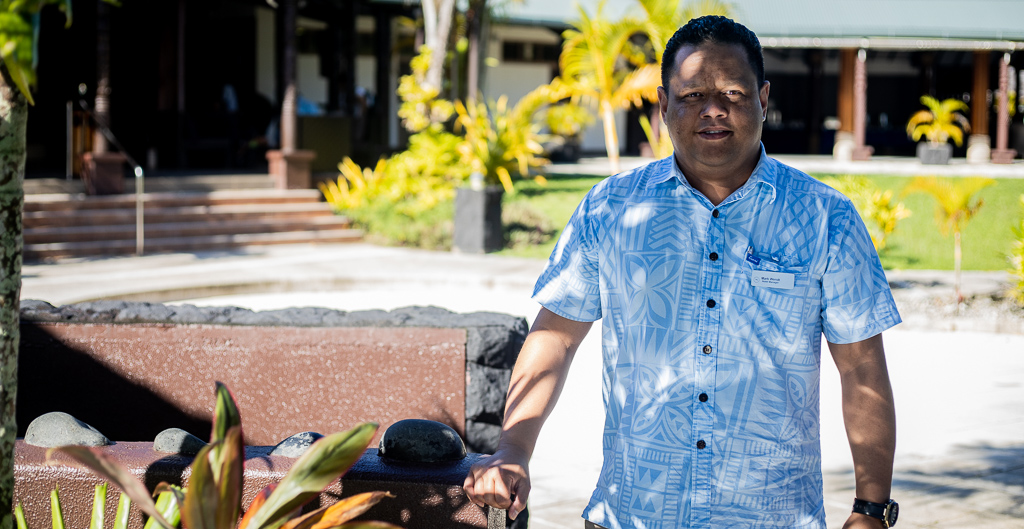 “I’d like to find out who is spreading that because I would like to meet with them,” Mr. Wendt said about talk of closure.

Pauli expressed similar sentiments when contact over email on Tuesday.

“I wish you would let me know who is spreading these unfounded rumours," he said.

“Anyway, in spite of the challenging times, there are currently no plans to close the resort.”

Mr. Wendt said all staff remain employed, even though most have had to lose some of their regular hours.

“We haven’t laid off anybody. We have rationed hours and it’s really up to the need of the individual whether they want to find other work opportunities, and that is completely fine.

“Our stance is that we’d like to keep them, but they have financial responsibilities and they probably need to find alternative jobs.”

Long weekends remain a bonus to the resort and broader industry. Over the Father’s Day long weekend, around 100 rooms were booked out, but Mr. Wendt said their sale meant they couldn’t make that much money from it.

The resort’s combined buy one night, get one night free deal with serious discounts at the buffet was just enough to get by, he said.

Mr. Wendt said business at the Sheraton has been a challenge, and during an ordinary week it is hard to fill more than a handful of rooms.

They continue to negotiate with the Government and utilities suppliers about keeping operational costs down, but some costs cannot be reduced as much as they would like, and there are only so many people who can come out to the resort on their weekends.

“We’re talking disposable income in a country that already has its own challenge with border closures,” Mr. Wendt said.

Regardless, he intends to “outwit” the pandemic and stay open until the borders reopen and international tourism can begin to bounce back.

Mr. Wendt said he suspects the prospect of closure is widespread among resort owners, so long as the nation's borders remain closed to

“The prospect of closure is probably the [topic of] conversation [...across hotels ...] on the island. I am pretty sure the struggle is real for all hotels.

“It’s really just reaching deep down and coming up with specials to attract our people and that is what we have been working on.”