Participants from Alataua I Sisifo during the official closing of their project. (Photo: C.S.S.P.)

A three-week training on sewing and elei printing has empowered forty-eight women from Alataua i Sisifo with the skills to improve their livelihoods and revenue generating ability.

The programme was supported by the Civil Society Support Programme (C.S.S.P.) under the Samoa Women Shaping Development Programme (S.W.S.D.P.-Gender Fund). 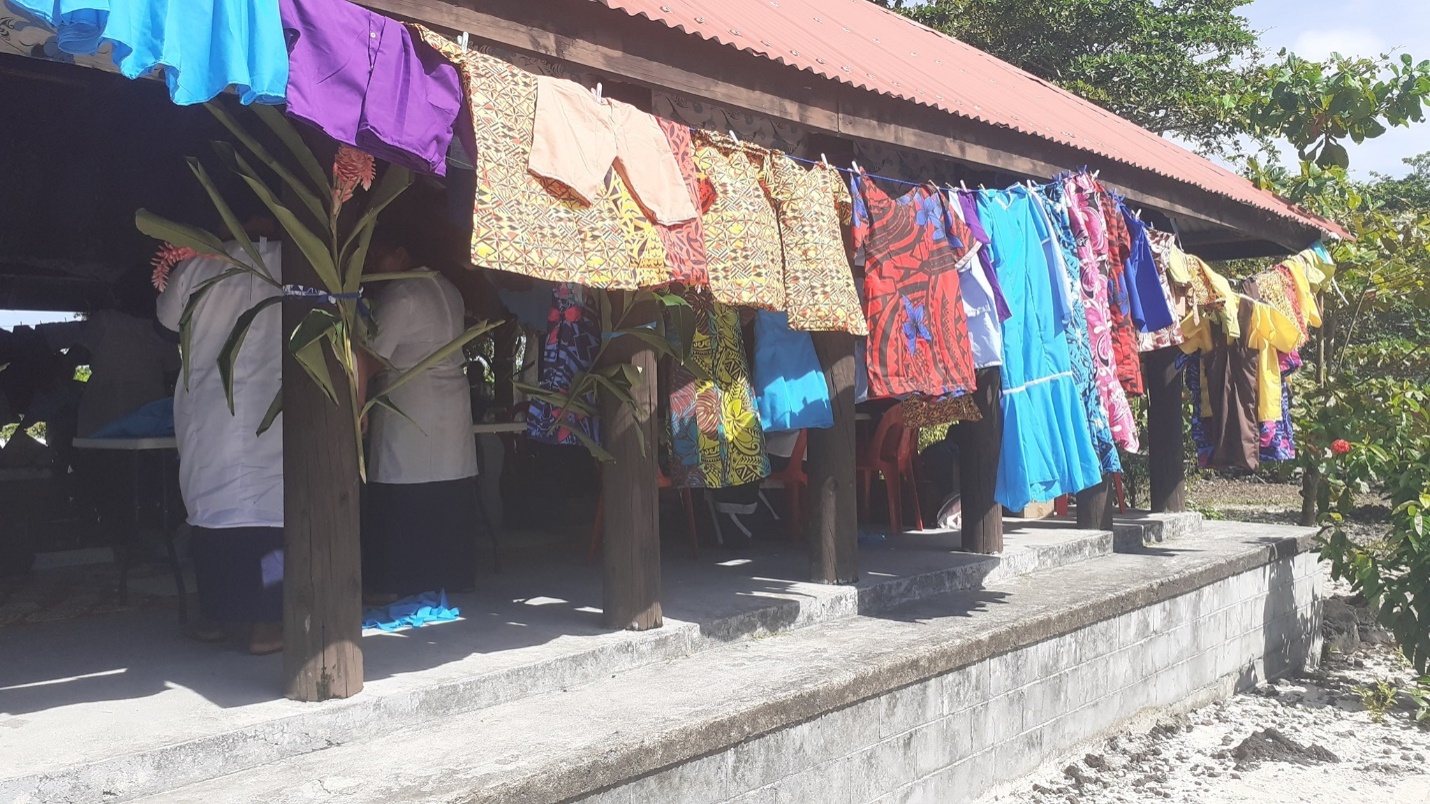 The project also advocated for gender equity with the efforts on encouraging the women’s involvement in the economic sustainability of the district.

The participants are all homemakers who despite being unemployed, their primary role is managing their households.

The training provided an opportunity for the women to also establish economic independence through their contribution to financially supporting their families whilst tending to their domestic duties.

The training was delayed until March this year in order to comply with the measles and COVID-19 restrictions.

The facilitators were two experienced sewers from the district who have extensive knowledge and ten years of sewing experience.

Through the program, the participants were enabled to share ideas and work collaboratively in creating new patterns to boost their sales which provide financial support for their families and community.

Member of Parliament for Alataua I Sisifo and coordinator of the District’s project, Ali'imalemanu Alofa Tuuau, acknowledged the funding assistance from the Government of Australia, Samoa and C.S.S.P.

“The grant has opened an opportunity to many of our unemployed women and youth in Alataua district to acquire sewing and elei skills to help earn extra income for their families.

“The training have strengthened the unity of women in our district; it has brought them together through sharing ideas, feasting together and enjoying each other’s company and encouraging one another.

“The participants have testified about the impact of the training and even though many have attended similar training in the past but they have found this project more effective since it’s carried out by women of the district which made it easier for them to communicate and seek help when needed.”

Alataua added that the Women’s Committee of each village will host an exhibition to showcase their handicrafts and elei printings to strengthen their engagement and involvement in the village development to increase the sustainability of the project.

“We have decided that the main event for the whole district will take place at the end of every year to display our achievements throughout the year.”

The $30,000 grant was made available under the Samoa Women Shaping Development Programme (SWSDP-Gender Fund) to financially support this sewing and elei project for the Alataua I Sisifo district.

The fund supports small-scale initiatives that highlight Gender Equality, and Women Empowerment, to eliminate all forms of discrimination against Women, with special recognition of the role of women in society, in terms of leadership, and their full participation in sustainable development.

The C.S.S.P. and its partners wish to congratulate the Alataua I Sisifo district for a milestone achieved in the completion of their sewing and elei project in June this year.

The Alataua I Sisifo district comprises of three villages Neiafu, Falelima and Tufutafoe that benefited from this grant.