Disused cell phones, computers and printers are among the devices being collected in a joint ‘Go Green’ Initiative launched by the University of the South Pacific (U.S.P.) and Samoa Stationery and Books (S.S.A.B.).

U.S.P. Alafua Campus Director Dr. Joeli Veitayaki said he is “excited” about the initiative, part of a much bigger campaign aimed at building a greener and healthier campus. 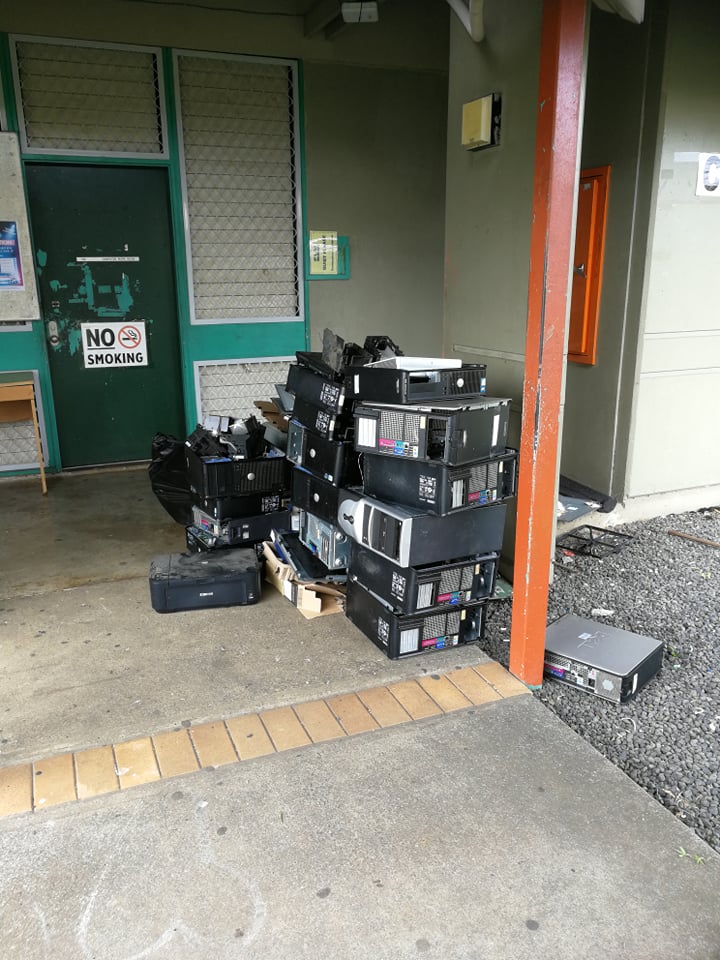 “We are trying to beautify and ensure that we create a safe environment for everybody. We are trimming the trees that are overgrown, planting new trees and  trying to clean up the mess, the garbage bags and plastics bags and materials that were thrown away over the years that accumulated at our compound,” Dr. Veitayaki said.

“We’ve arrived at e-waste and those kind of complicated materials which is not just a problem for us as a campus but it a problem for the whole country. We can’t allow these chemicals to be disposed of any which way and sometimes people don’t know what they are handling. So we’re trying to cover the whole lot.”

The Campus Director expressed his thanks to S.S.A.B. 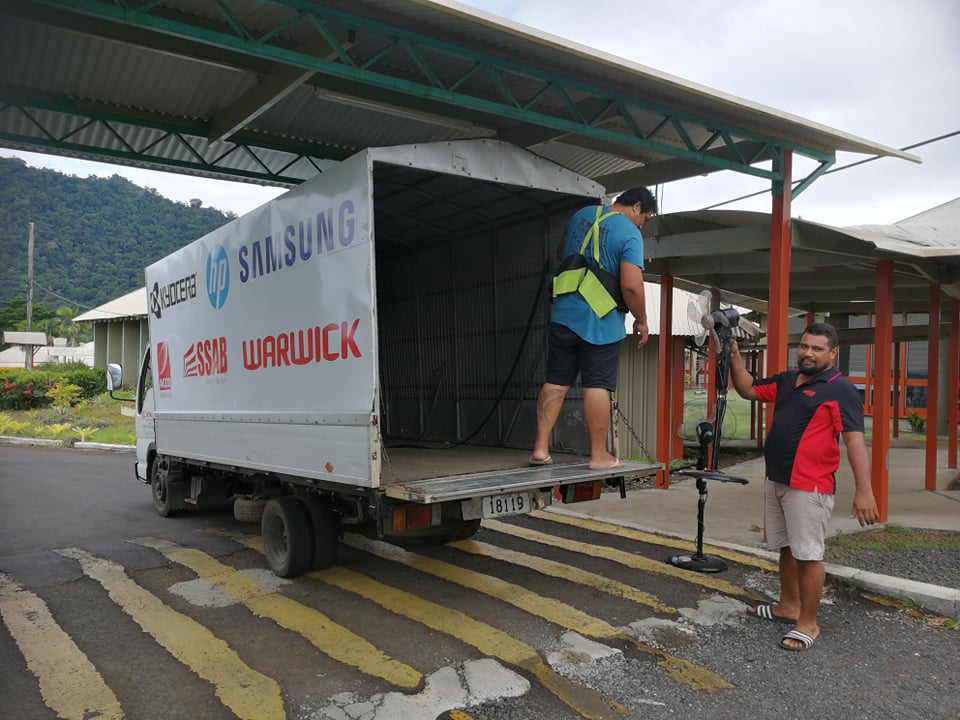 “We’ve sent already a truckload of e-waste. They were piling up in here and it was the best way to go,” Dr. Veityaki, a native of Fiji said.

The campus director said he was fascinated to hear that S.S.A.B. is leading the campaign on e-waste management in Samoa.

In the e-waste collaboration with Samoa Stationery, S.S.A.B. picks up e-waste from the Alafua campus monthly.

“For example, for electronics that need to be disposed of, rather than those going to the landfill – old printers, old computers, that have chemicals in them that shouldn’t be disposed at the landfill because there are chemicals that should not go into our soil, so S.S.A.B. has programme where they manage e-waste,” Dr. Veitayaki told the Samoa Observer.

“Samoa is a beautiful place…it is a blessed place…and we have to remind people that we need to do our part to make sure it is kept clean and healthy. We take seriously the responsibility to look after the place that we have been given.”