A young Samoan, who recently graduated from a university in China, used to recite a famous phrase by human rights hero, Nelson Mandela, to sustain her through five often testing years of study.

“Education is the most powerful weapon we can use to change the world,” the late anti-apartheid crusader is credited as saying.

And for Maisaele Tariu Papali’i Laupepa, who has recently graduated from the Liaoning University of Technology of Jinzhou City, they provided her with motivation to achieve her goal.

Ms. Laupepa has just graduated with her Bachelor Degree in Environmental Science and Engineering. She strongly advocates for the significance of education. 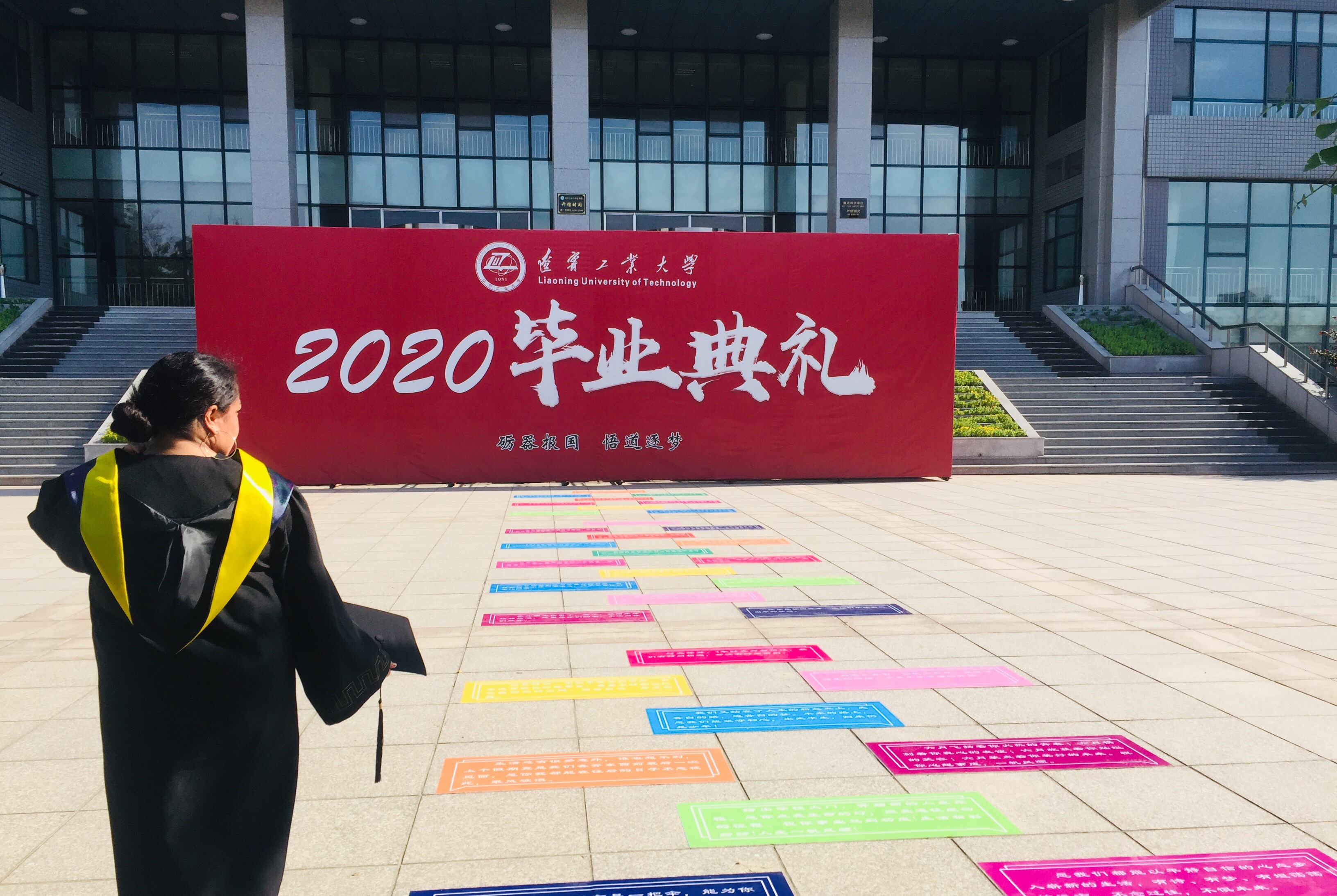 She was a recipient of the China-Samoa Bilateral Awards and left Samoa for China in September of 2014.

“I studied five years for my degree because I extended for one year of my scholarship to complete [my studies],” she said.

However, none of Ms. Laupepa’s achievement would have been possible without the help of her aunty, Sina Ah Poe-Malietoa, who insisted she apply for the scholarship in the first place.

“Initially, I told her that I had too much on my plate and I didn’t have time between studying and classes,” she said.

“My parents back then operated a vegetable garden; it’s the only source of income to meet our small family expenses.

“If my aunty hadn’t pushed me to at least give a try, I would not even have been considered to be one of the recipients as it was great financial assistance to me and my family. And now I graduated and achieved so much along my academic journey.”

Ms. Laupepa is the eldest of six children, so she tried to help her parents the best way she could.

“My parents had to come up with our school fees of $80 a term back then in college - so studying hard was really important to me.

Ms. Laupepa said that she faced many hardships during her academic journey, including the loss of her father in 2016.

“I [hadn’t] seen my father ever since I left Samoa in 2014 for studies in China and his sudden passing in 2016 really affected me in so many ways, especially my studies,” she said.

“I had to choose between my final upcoming examinations and his final burial.  My parents were the reason why I studied hard in order to be successful and help them financially.”

Her father was her biggest inspiration, so her mother tried to encourage her to focus and continue praying.

Another challenge she faced was the language barrier which she had to overcome by studying hard to speak and write Chinese.

“Language [...] is really important because without understanding and being able to communicate; it is a big struggle throughout the academic journey especially during major studies chosen in the universities.”

The fear of failure and people’s perception about her due to her shortcomings was another challenge.

“The societies we live in nowadays always have higher expectations and talk down on others in whatever they do in their lives,” she said.

“Throughout my academic journey most people underestimated me because I come from this type of family and backgrounds. It really hurt me but father said to use this as a fuel to become the change you want to see in this world and inspire others from the same humble beginnings. 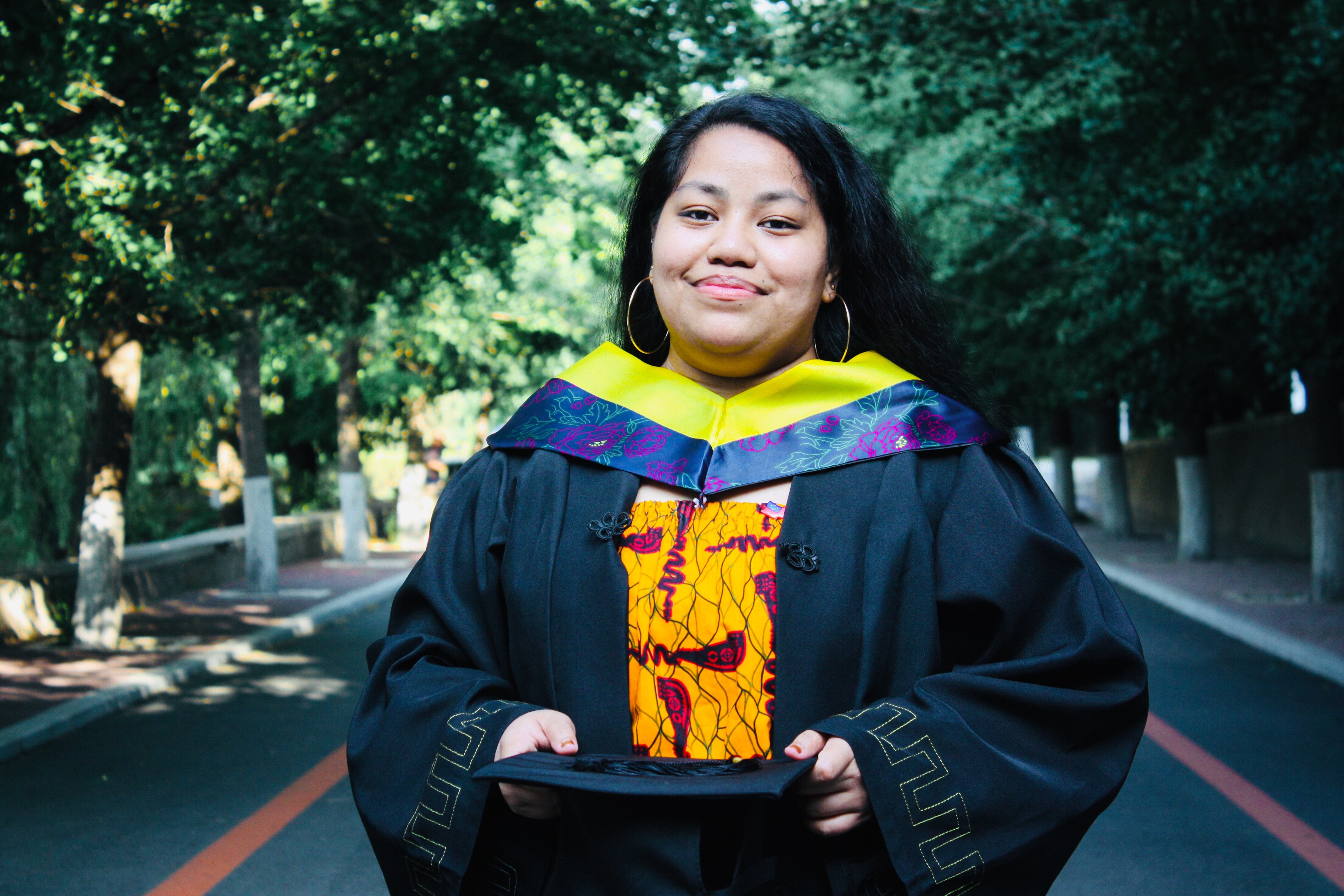 “I don’t need to prove anything, I just moved to better things and study hard for a better future. Nevertheless, putting God as my first priority through endless prayers helped me overcome things and I found peace and graduated,” she said.

Ms. Laupepa said that she was due to graduate last year, 2019 but was not able to because she didn’t complete the requirement for her degree because she went home during her final examinations and so missed out on core courses.

“Now it is 2020 and I finally completed successfully a huge accomplishment and I really am proud of myself for coming this far,” she said.

“It was definitely overwhelming in a good way. For the first time in a while, it was very rewarding, something I definitely didn’t expect but something that helped in a major way.

“I had the opportunity to learn Chinese in both [written and spoken form and] still learning everyday quite fascinating [cultural differences] in terms of understanding and being able to communicate with the Chinese people and their ways of life.”

She gives credit of her success to her late father, Tariu, and grandmother Aiono Sialeipata Malietoa who passed away earlier this month.

The Samoan graduate also acknowledged her mother, Lupe, and siblings for their encouragement and prayers.

“My uncle, Papali’i Malietau, and aunty, Sina Malietoa, and everyone else that wished me well on my journey and sent their love and help financially when I needed help along my way,” she said.

“I thank my Papali’i family at Vaivase-Uta and Faanu families both in Saanapu and overseas countries. And uncle Lopesi Faanu in American Samoa and my Faanu cousins.”

She also acknowledged Merita and Siolo Tauati of Apia-uta for their endless prayers and well wishes on my academic journey in China.

“My Mitchell family at Vaiala, aunty Ana and Uncle Leapai at Vaimoso. My partner Fata Joe Fata and everyone else I haven’t mentioned thus have contributed to my academic journey in many ways through well wishes, endless prayers and blessings,” she said.

“Last but not least [I must also give thanks to] the Governments of Samoa and China for the chance to succeed and pursue my dreams.

“Thank you all from the bottom of my heart and pray the good Lord will repay everyone’s kindness back abundantly.”

Ms. Laupepa said that so far the Samoan graduates in China including herself are still waiting for confirmation of when she can return home.

When asked about how she feels to graduate during a COVID-19 global pandemic, she said it was humbling.

"[It’s] humbling to graduate during such times after everything and in the midst of global pandemic,” she said.

"I am just thankful to the Lord Almighty for seeing me through all these times especially now.

"Hoping to return home soon and everything will be alright for sure as long everyone follows and obeys precautions,emergency requirements for everyone’s safety."

She also shared interest in pursuing a career depending on the opportunities there are at the Ministry of Natural Resources and Environment or [Secretariat of the Pacific Regional Environment Programme] (S.P.R.E.P.).

“I’d like to advise both boys and girls out there in Samoa to study hard when you have the opportunity and believe that you have what it takes,” she said.

“In my personal belief receiving this award was a golden opportunity to obtain formal qualifications in my field of study, thus contributing to meeting the Human Resource Development needs of Samoa as well as contributing to the development of my family.”

She encouraged young people in Samoa, no matter their background, to cherish the opportunities education awards.