Women have an important role to play in Pacific island communities by sharing knowledge and information on climate change.

That is the view of Secretariat of the Pacific Regional Environment Programme [S.P.R.E.P.] Climate Change Resilience Director, Tagaloa Cooper-Halo, when she spoke at a virtual regional workshop.

Tagaloa told the workshop that information knowledge management in climate change is critical as ultimately it provides the community with the tools to enable them to meet the community’s needs.

"And that’s extremely important – you’re not just sharing information, you’re ensuring that the information meets the needs of your community."

She had also encouraged Pacific young women – who were present at the workshop – to continue striving to make changes for their families and communities, and to be involved in spaces and projects like Shifting the Power Coalition to ensure their voices are heard and included.

"I encourage you to be engaged in your national planning processes. S.P.R.E.P. is supporting the development of national adaptation proposals in four countries that will be submitted to the Green Climate Fund," she added.

"This is an entry point for different groups like Shifting the Power Coalition to be engaged and seek membership, as well as civil society groups, the private sector, and those who many not normally be involved.

"Because we all know that even though a plan can be a very good plan, unless it is owned by the people who are to implement it, at all levels right down to the grassroots, the plan will never be used."

The workshop ended on a high note with the re-emphasising of young women's leadership as vital in shaping and delivering an inclusive and ambitious climate change agenda.

The objective of the Shifting the Power Coalition Project is to support diverse Pacific women’s agency, in particular rural women, young women, and those with disabilities to gain access to climate services and information and be given a voice to influence climate change and disaster risk reduction decision making processes.

The Pacific Islands Forum Secretariat and S.P.R.E.P. have pledged to support a core group of young women from the Shifting the Power Coalition to attend and provide recommendations from their national networks to regional multi-stakeholder forums such as the Pacific Resilience Partnership Task Force, the Pacific Resilience Meeting, and the Pacific Meteorological Council. 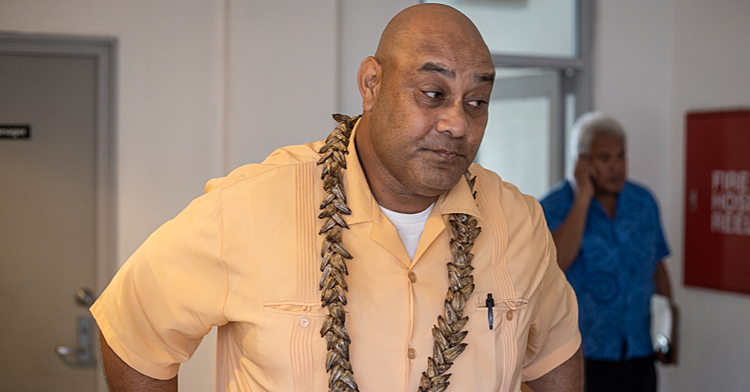