La’aulialemalietoa Leuatea Polataivao has been declared the provisional winner of Friday's by-election for the seat of Gagaifomauga No. 3.

La’auli garnered a total of 691 votes from four polling booths, according to an update from the Electoral Office issued a short time ago.

That was enough for him to best Fa'aulusau Simi Laulua, who contested the seat as an independent candidate and was declared to have won 205 votes. 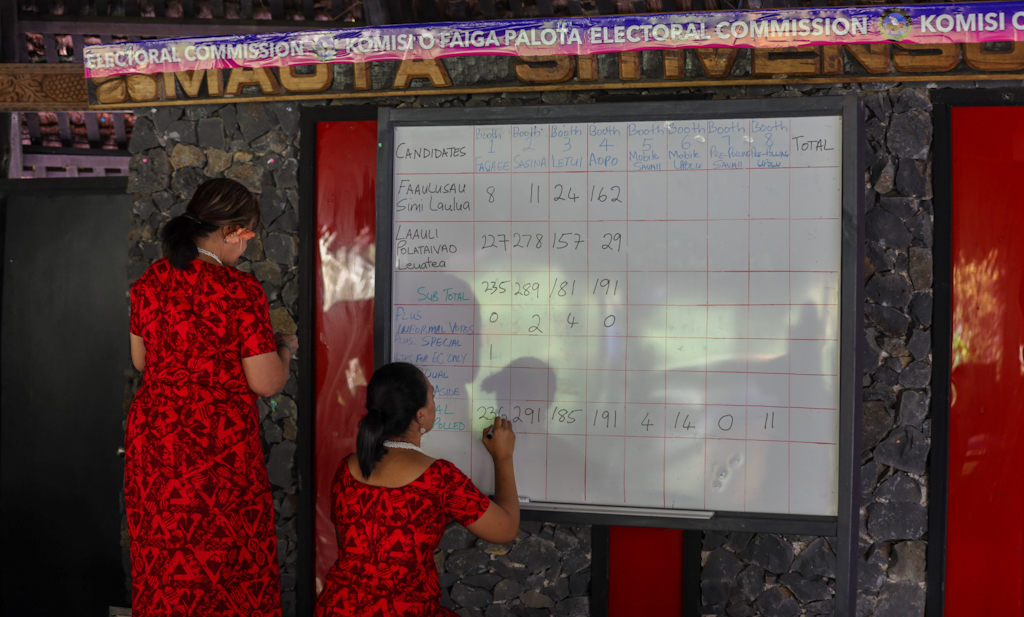 A total of 932 voters out of a total of 1445 registered voters showed up to polling booths, meaning a total of 500 voters did not show up for the election, officials said.

La’auli, who had been the seat's previous representative before it was declared vacant under controversial circumstances, is about to address the media.

The former Speaker and Cabinet Minister is the head of the newly established Faatuatua Samoa ua Tasi (F.A.S.T.) party.