The new bridge was officially declared open on Friday night, weeks after it began to be used by the public. (Photo: Vaitogi A. Matafeo)

In the heart of Apia the newly opened Vaisigano Bridge was lit up on Friday night as hundreds of locals watched on.

The bridge was opened for public use earlier this month. But Friday’s ceremony was designed to show off the Japan-funded $43 million project to its fullest extent.

Despite coronavirus restrictions, the entire seawall, all the way from the bridge itself to Matautu, was lined with onlookers.

Tuilaepea’s address was followed by opening performances by the staff of the Land Transport Authority (L.T.A) and a group of local women and girls. 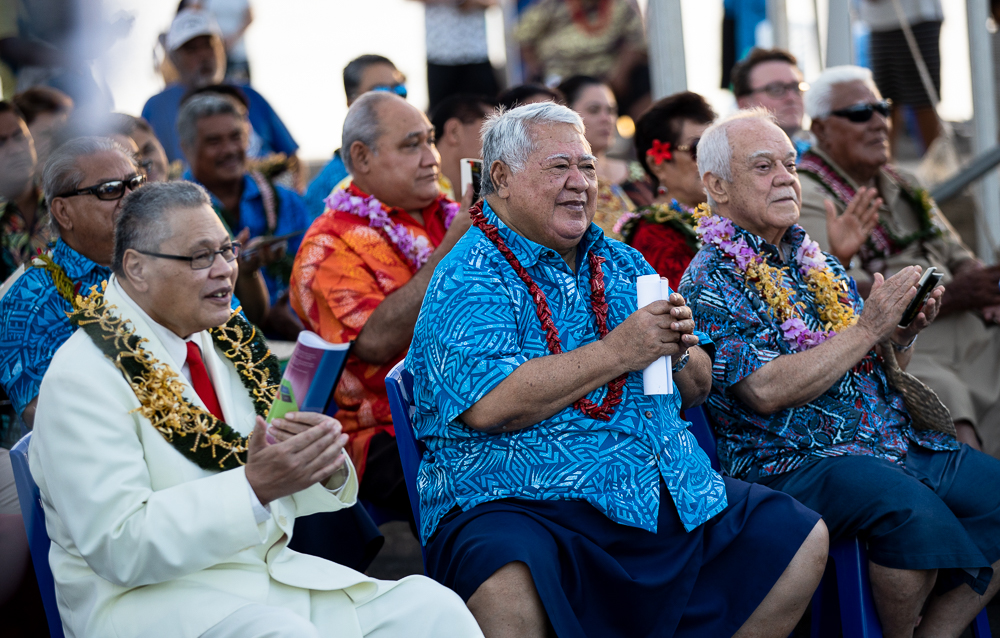 “Tonight is the official opening,”  the Prime Minister said in remarks broadcast on 2AP radio.

“The only thing that’s left is a ceremony to thank God for providing us with ideas and thoughts in making these projects for a general achievement for our people.”

The Prime Minister said the bridge was opened for public use before the official opening ceremony due to the pressing need of people to use the arterial road.

Exponents of ‘aiilao afi’ (fire dancing)  boosted the sense of occasion and anticipation with a performance that led up to the official lightshow. 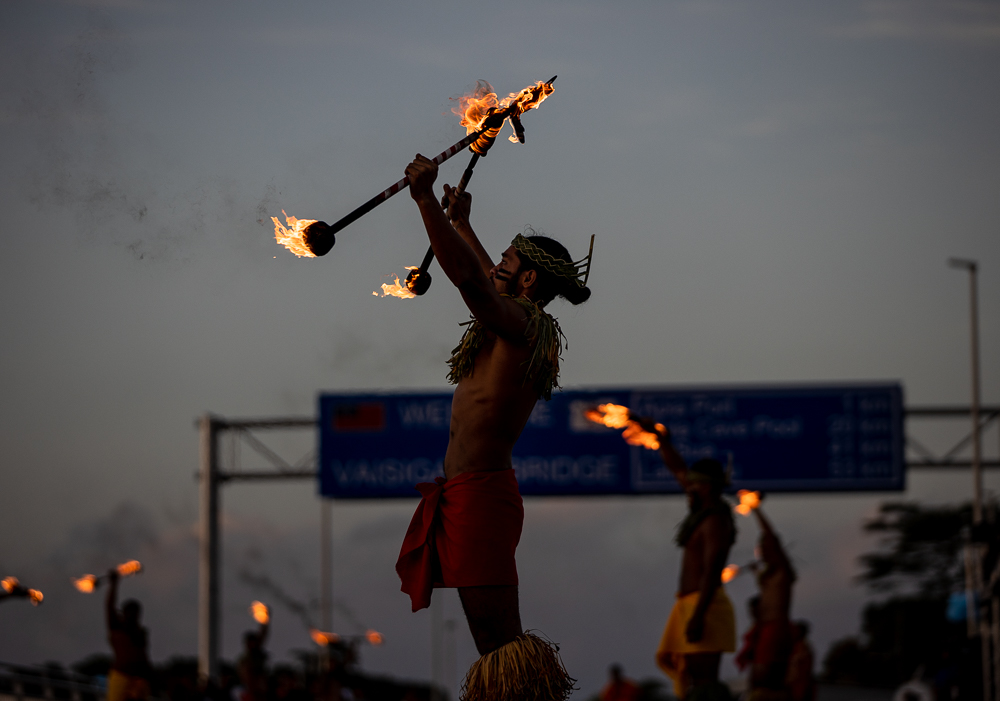 The bridge will continue to lit for another two weeks and it is expected to draw more onlookers in the evenings.

Smiling families lined the bridge on Friday to relax and start their weekends.

Among them was a 67-year-old grandmother from Vailima, Tala Faasoa, who had driven across to town with her children and grandchildren to see the show. 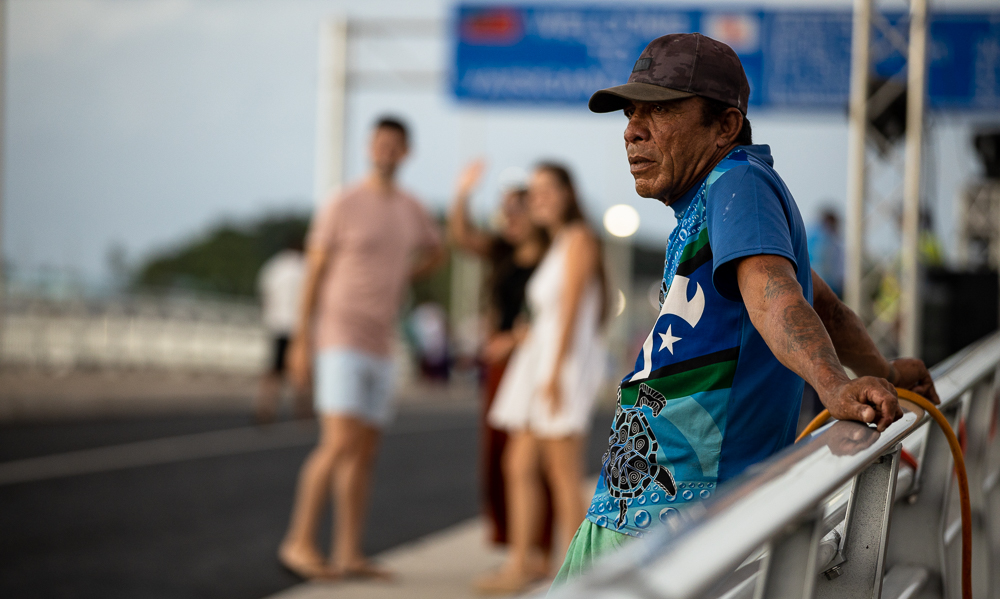 “It’s a very good way to relieve the stress from the week’s work for me and my children,” she said.

“We thank the Government for this great initiative that we have something to look forward to tonight and it was worth it especially with stress about this COVID-19 pandemic.”

The show's technician, Paratiso Foaiaulima, a 12-year veteran of public displays, said the turnout by the public was inspiring.

Also joining the official ceremony were members of the diplomatic corps, including the Japanese Ambassador, Genichi Terasawa, Government officials and distinguished guests. 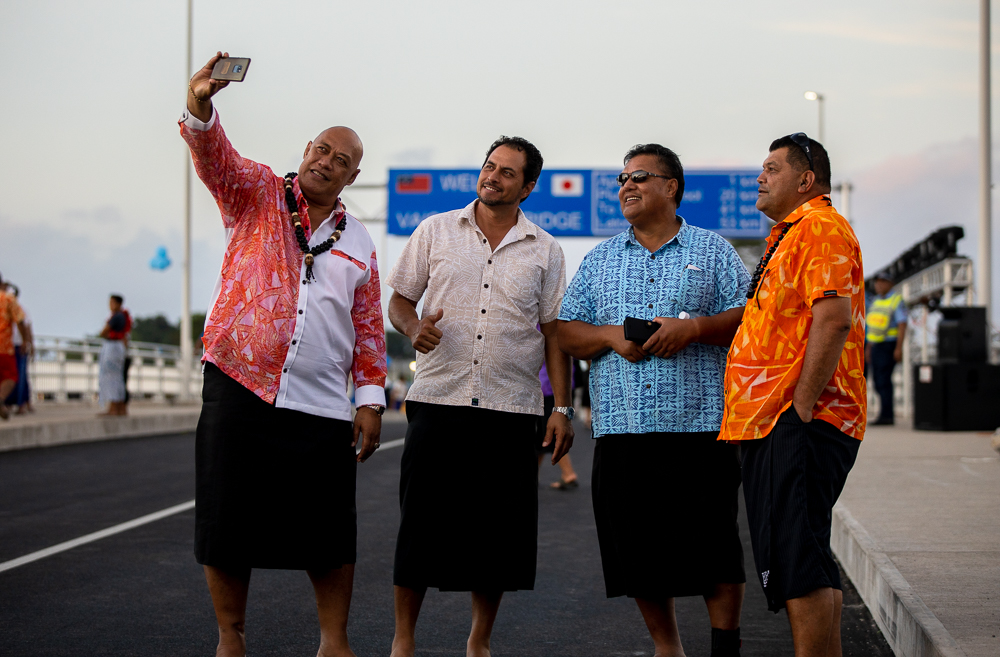 Construction of the bridge was carried out in concert with the Japanese Konoike Construction Company Ltd. and local companies.

Installed earlier this month ahead of the bridge's opening for public use were new streetlights illuminating the footpaths surrounding the roundabout and connecting roads from Matautu tai and Matautu uta. 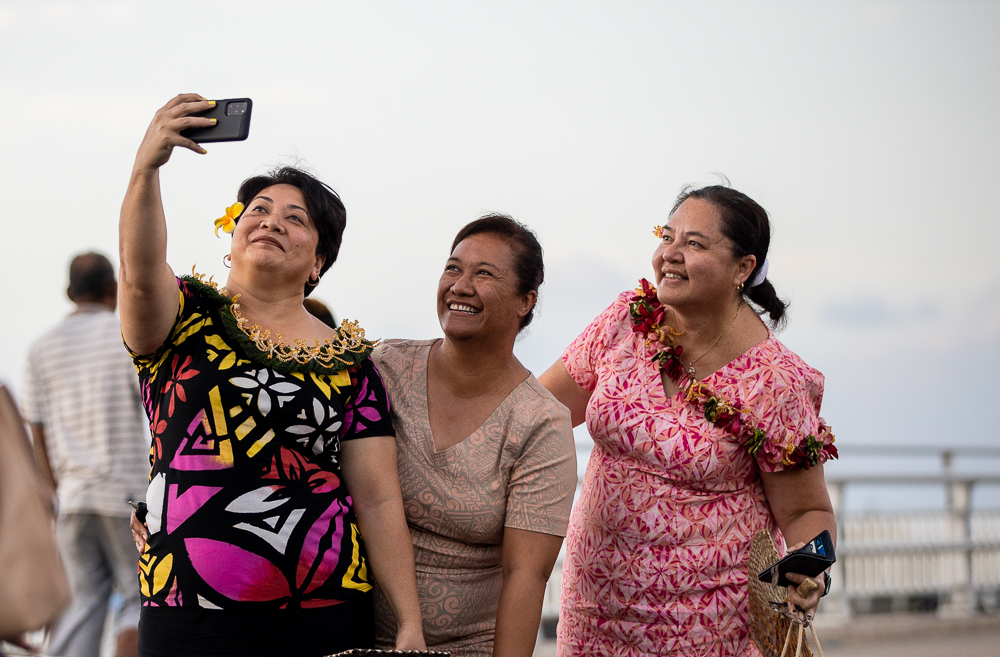 The footpaths lining the new bridge roads are 2.5 metres wide with bridge railings which were shipped in from Japan, made of aluminium technology to ensure the safety of pedestrians, as well as cars, in the event of an accident.

Friday's ceremony followed the dismantling of the white and yellow 67-year-old bridge the new structure has replaced. Its deconstruction began on Monday.