"I voted for change because my concern is my children. I wanted someone that my younger children can look up to. Someone who is loving, caring, and is humble" (Photo: Aufa'i Areta Areta)

But Friday was the first time she has ever participated in a by-election to vote for a Member of Parliament to represent the Gagaifomauga No.3 constituency in Parliament for the remainder of this parliamentary term.

The Samoa Observer caught up with the 73-year-old at her house at Aopo hours after she cast her vote.

"Today's event was something we all looked forward to," she said.

"We did not think we would have a by-election, but because the tofi (representative) of our constituency resigned from Parliament, we were asked to have a by-election so we can vote for someone to continue on the roles of this seat for the remaining of this parliamentary term.

"So today's event will be something that we remember."

The Gagaifomauga No.3 seat was declared vacant when the former M.P., La'aulialemalietoa Leuatea Schmidt verbally resigned from Parliament and established a new political party.

Asked to speak about who she voted for, Filomena was reluctant.

However, she said she voted for who she felt in her heart was the right person for the job.

"I personally think a Member of Parliament is someone whose heart is for the people," she stated.

"Not someone who thinks highly of themselves and only goes into Parliament so his family would gain from the benefits that come with the roles.

"I voted for change because my concern is my children. I wanted someone that my younger children can look up to. Someone who is loving, caring, and is humble.

"Those are the qualities of a true leader." 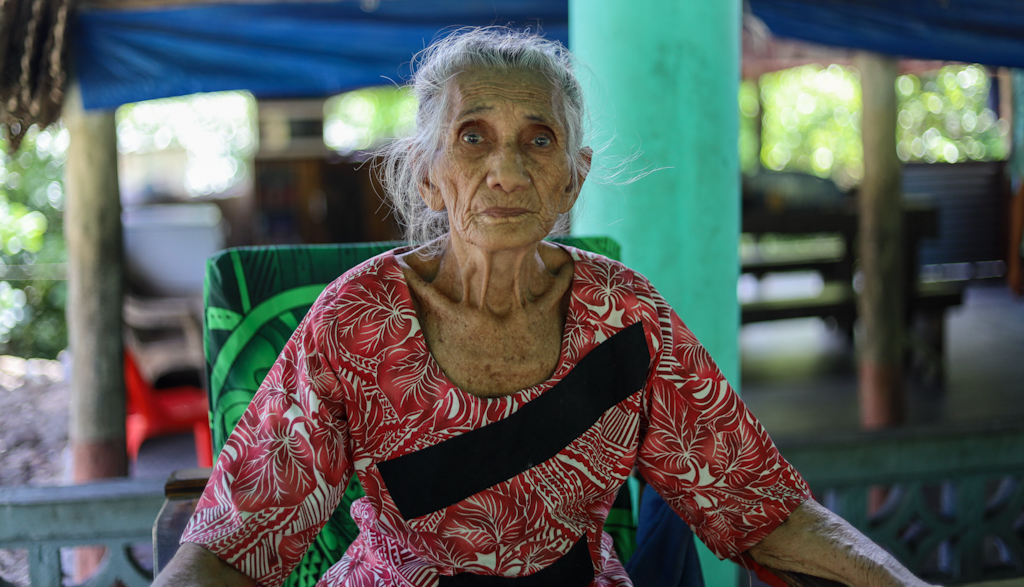 Asked about the atmosphere and the vibe felt at the election booths, the 73-year-old said everything went smoothly.

"It's such a lovely day and it was nice seeing everyone, the young and old turning up to vote,” she said.

"There were many people who showed up in the morning which was great to see and to me personally, I think this by-election gives our first-time voters the opportunity to have a taste of what the election is.

"It is also an opportunity for them to make a voice by voting. That is something we have been encouraging our children who are eligible to vote to do.

"Voting gives them the opportunity to have a say and it is their right as citizens to vote. So I would say it was a good election and the turn out was amazing too."