The Sogi lands which will be occupied by the new Flea Market in the near future. (Photo: Areta Areta)

A new design for the reclamation of land at Sogi where the Government is planning to build a new market has led to a renewed bidding process, calling for interested bidders.

The section of land is behind the T.A.T.T.E. building and the Tanoa Tusitala Hotel. This was confirmed by the General Manager of the Samoa Land Corporation (S.L.C.), Ulugia Petelo Kavesi, who said the initial bidding process garnered more than five interested contractors.

However, following a review into the reclamation project and its design, a new bidding process was required.

The reclamation work is expected to last for six months, once a successful bidder is confirmed, added Ulugia.

Interested bidders from the Land Transport Authority (L.T.A.) Category A and B registered Civil Contractors have less than two weeks to submit a tender with a non-refundable fee of $300.

"Contractors who submitted tenders previously will be exempted from paying the prescribed fee," the advertisement on the Samoa Observer reads.

The land at Sogi behind the T.A.T.T.E. building and Tanoa Tusitala Hotel has been allocated for a new Flea Market to replace the Savalalo temporary flea market.

And despite clear intentions of the Government to move forward with the project, the Tokuma family remains resolute to stay in their family home.

Ulugia also denied rumours of possible fear from contractors surrounding the future projects due to threats from the remaining families at Sogi. 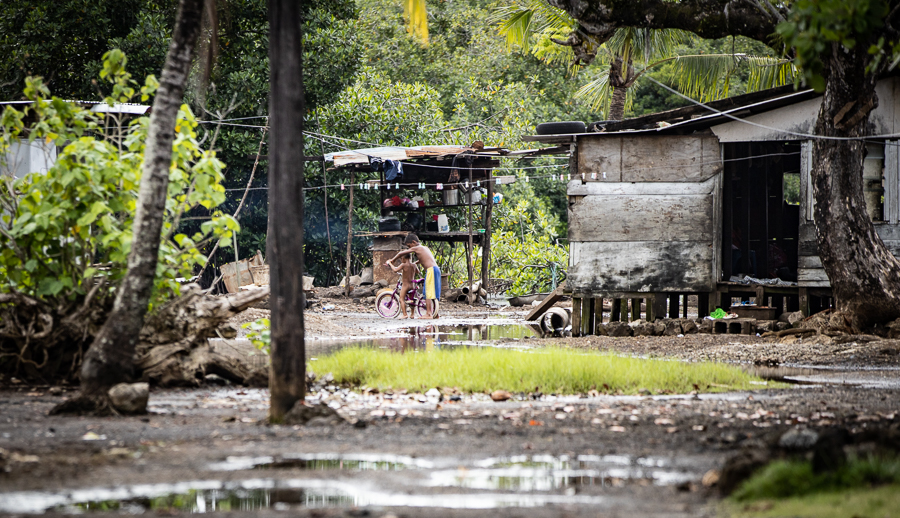 In May this year, when the first reclamation works advertisement was published, 69-year-old Aiga Tokuma, who was born and raised in Sogi, said any contractors should come prepared to encounter boulders.

"Why are they insisting to come here for their developments? They need to go elsewhere, where Government lands are located. Not here, these are our lands," she said.

"The reason why we built stable houses on these lands is because we know for a fact these are ours, so no, we're not moving."

On 14 February, the Supreme Court issued an order evicting the Tokuma family from Sogi. The ex-parte interim prohibition order instructs that Aiga Tokuma and her family are to be restrained from interfering at any time with Government works being carried out on the land.