The life of a loving mother, grandmother, great grandmother, sister and a pillar of the community and her family, Taulesulu Malifa, was celebrated and remembered at Afega on Wednesday.

Families, friends, associates and her fellow church and village members gathered at the Congregational Christian Church of Samoa (C.C.C.S.) to pay tribute and farewell the 74-year-old who died last Thursday.

Among the mourners were the former Head of State, His Highness Tui Atua Tupua Tamasese Efi and the Masiofo Filifilia Tamasese who joined Members of Parliament and the business community during her final service. 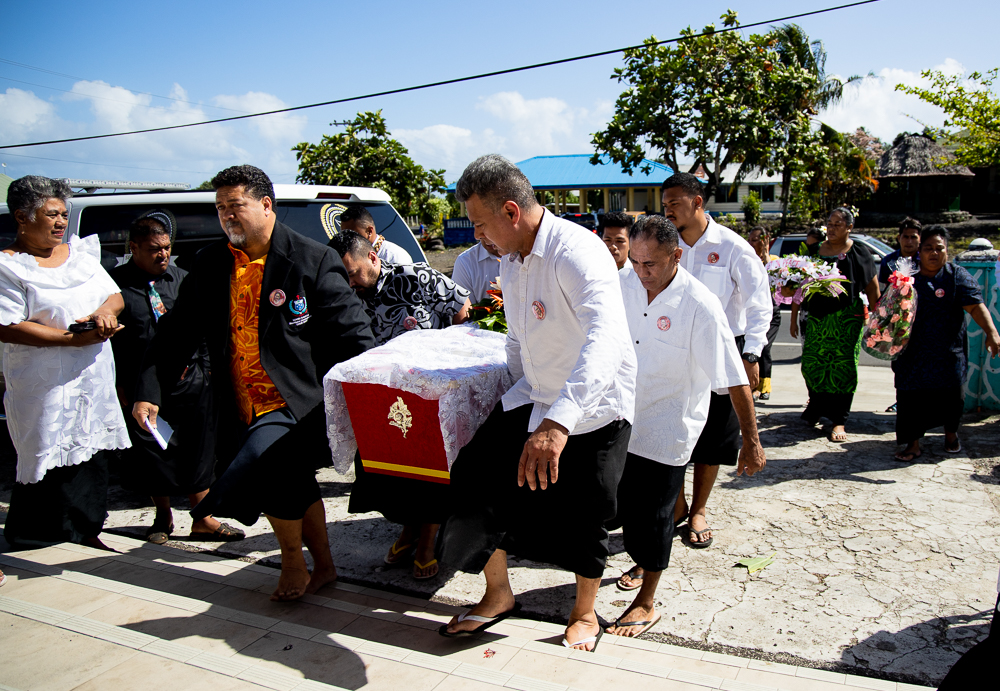 The prominent member of the travel and tourism industry was the proud owner of Oceania Travel Agency.

One of her sons, Fata Ryan Shuster, paid tribute to a mother who loved her family, cared about her brothers and sister and immensely proud of being from the village of Afega.

“She was a loving mother who cared for her children and family members dearly,” he said.

Fata added that one of the things that makes his mother unforgettable was her passion and commitment to serving the Lord through their Afega C.C.C.S. church. 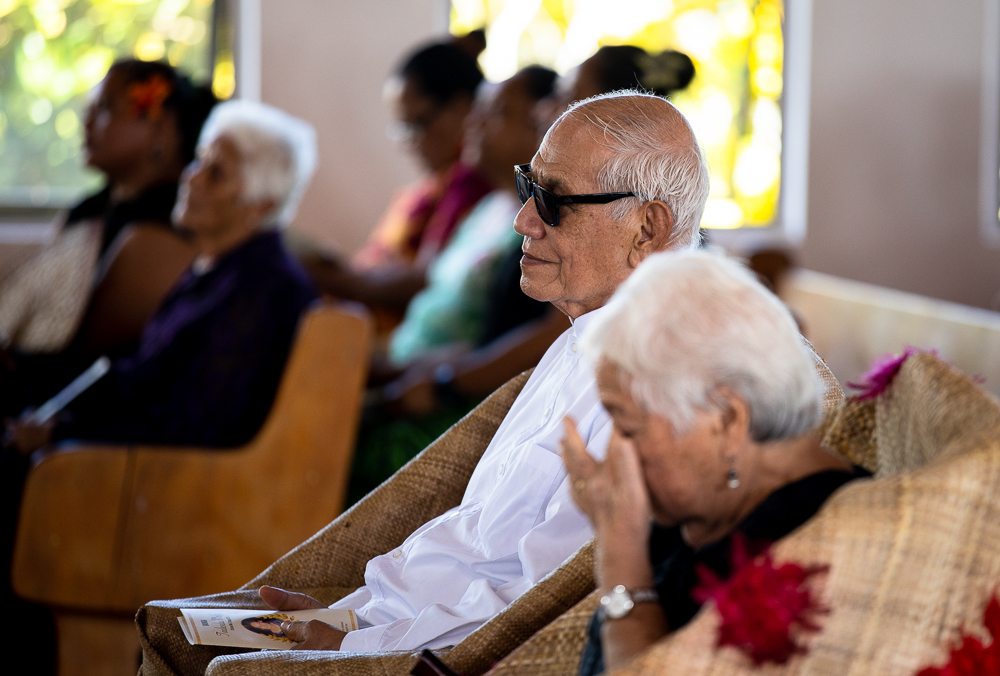 “Our mother’s life was mostly dedicated to serving God through her services to our church; she goes to church so many times a week," Fata said. “It was through church that she devoted her time to as a Sunday school teacher, and also the choir." 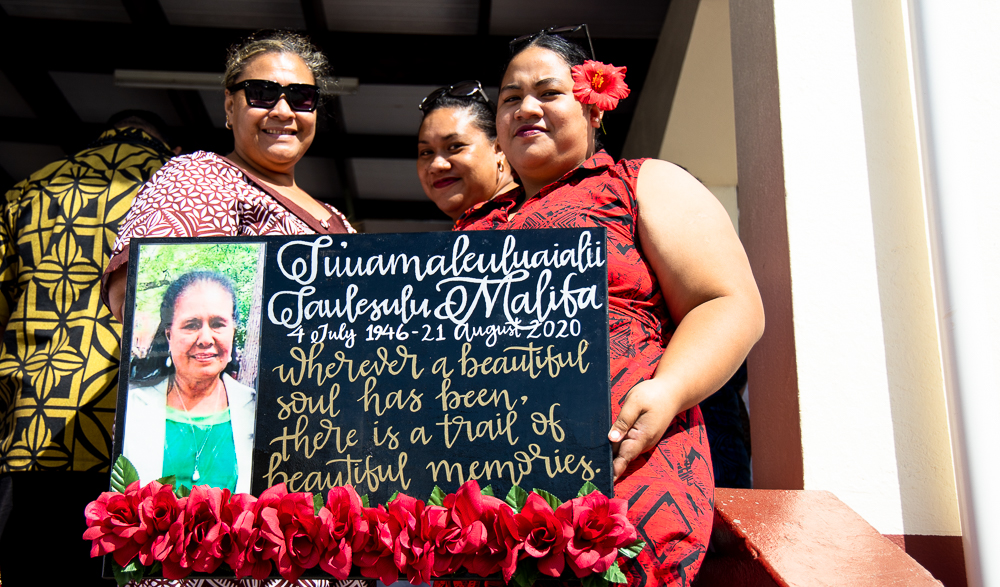 “Her other commitments also included preparing the communion which is something that has been part of our family for many years."

Fata described her mother as a humble woman who cared for everyone.

“She was a strong woman who cared for her children, family, church and village.” 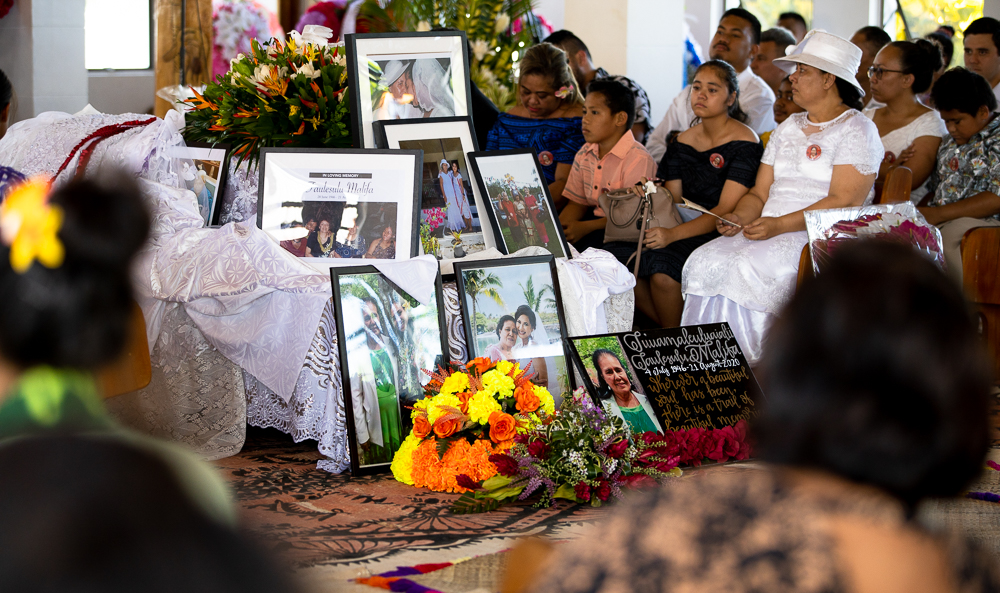 The Associate Minister of Communications and Information Technology, Lealailepule Rimoni Aiafi and her dear friend, Salote Lesa, spoke about Sulu's passion for her school, Samoa College.

Leala said Samoa needs more people like Taulesulu who are loyal, committed and care deeply about the development of education.

Leala was among a host of Samoa College Old Pupils Association (S.C.O.P.A.) members who turned up to honour her for her work in a number of key developments for the school, including the construction of the school hall. 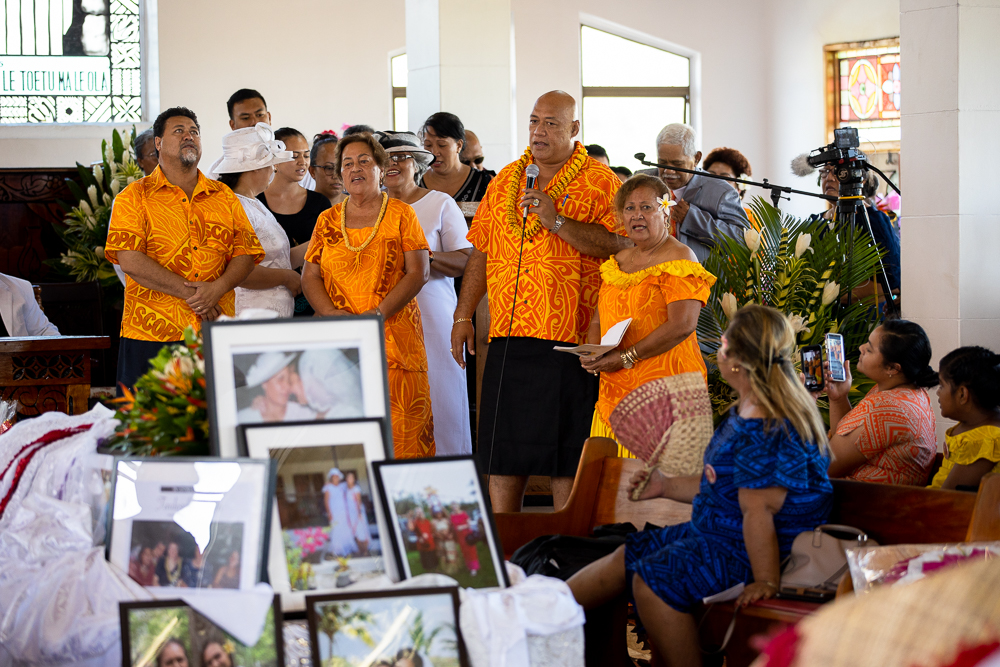 One of the grandchildren, Taulesulu Olevia Yandall, said she will miss her grandmother.

“Our bond was founded on love," she said. "I’m grateful to be named after you and I hope to continue on your legacy and in Proverbs 31:28 ‘Her children arise up, and call her blessed; he husband also, and he praiseth her.’”

The church service led by Reverend Luapene was followed by her burial at her home at Tanumafili, Afega.