Goshen Trust runs the only respite home for people with a mental health problem or disability that need extra help from time to time. (Photo: Aufa'i Areta Areta)
Health

For the fifth year in a row, the Apia Hash House Harriers are tackling the annual Upolu Perimeter Relay to raise money for the Goshen Trust Mental Health Services.

The small non-government organisation runs the only respite home for people with a mental health problem or disability that need extra help from time to time.

Founding member of the Apia Hash House Harriers, Tuatagaloa Joe Annandale, said having visited the site and met the residents of the respite home, he and others in the club have become attached to the organisation and its cause.

Last year they raised $21,000 for the trust, which afforded them a new fridge and freezer and meant they could start cooking for themselves again.

To contribute to their fundraising efforts, visit the Give A Little Page ‘Prioritizing Mental Health Samoa’.

Tuatagaloa, who is from Poutasi, said between the south coast and Apia he sees too many mentally impaired young men wandering the streets, and is always happy to see when their families have checked them into Goshen.

“From what I have been able to find out [they] were drug addicts. They still roam the streets, though when I go to Goshen I see one or two of them up there, which is great.

“I am glad their families are checking them in so they can be looked after more professionally,” he said.

On his way from home in Poutasi to Apia, he often stops to give some of these young men a ride to town where they are headed for their medical treatment.

One of these men developed a cognitive disability as a result of a severe beating. When he woke up from a coma, he was never the same, Tuatagaloa said.

A small kindness he has been able to offer the man is to give him paid work collecting the rubbish that builds up on Cross Island Road. With rubbish sacks from Tuatagaloa, the young man walks from Siumu to the turn-off to Lake Lanoto’o and back again, and leaves the sacks for Tuatagaloa to collect.

“He is a lovely man, I support him where I can, and this is one way he can make a valuable contribution to our district.

“He walks all the way up and back down and he enjoys it. It keeps him fit and it’s something for him to do, and gets an income for it.”

The Perimeter Relay is an annual run organised by Samoa Events, and will begin on Saturday 05 September. It begins at Sinalei Resort and ends at Tanoa Tusitala Hotel, and is over 200 kilometres altogether.

So far 10 teams have registered to compete, some competitively and others more for fun. Each runner will do an average of 20 kilometres each in four separate stages, with support drivers following them around to get them from each of their locations to the next spot where they take up the run.

The Hash runners are Matt Howden, Monty Jefferson, Chee Kwong, Jarrett Malifa, Nelson Annandale and Chris Dalton, with a host of supporters and a night walking team who will do the same distance but at night. 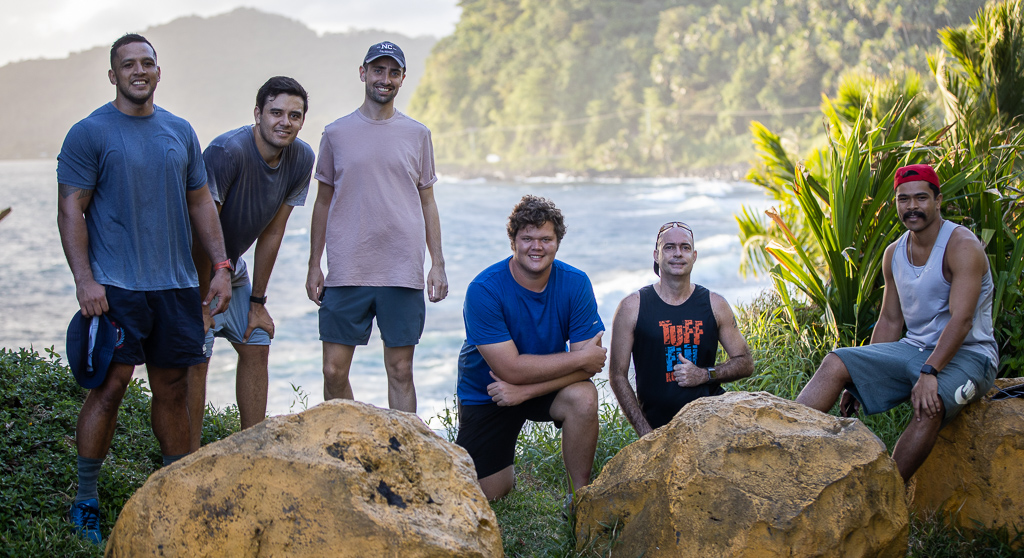 Mr. Howden said the relay is a tough day but the cause is one worth supporting.

“Our slogan for the fundraising is a little goes a long, long way.

“There just aren’t the resources here to support everyone to the level of care that they might need.”

Goshen Trust, which usually has around a dozen residents living at the respite home in Moamoa, has a full care programme. Counsellors and social workers help the residents with individual and group activities, and the Mental Health Unit from Tupua Tamasese Meaole Hospital is in close contact.

In recent months, residents have begun working at the Sunshine Farms in Tanumalala to help grow and harvest the vegetables sold at Frankies supermarkets, which has been a successful way of rehabilitating the residents back into social and professional life.

The residents have a range of mental health issues, but for many their problems are chronic and require routine care and medication, which they need help to maintain and get the benefits from.

“I think maybe families could possibly be embarrassed about having their family members be mentally disabled,” she said.

What’s more, people who are experiencing problems struggle to ask for help early.

“People aren’t comfortable with telling their family members because they don’t want to be ridiculed or looked at differently, it’s a pride thing.”

Chief Executive Officer of the Goshen Trust, Naomi Sone Eshraghi said there is usually one or two residents at the house who have no family to go to on the weekends or when they are recovered enough to be discharged.

In some cases, their parents have passed on and their siblings or cousins may be starting young families, and their unwell family member is too great a burden to take on.

Hash member Tina Dobb said she sees at least four men who clearly have nowhere to be and are struggling with their disabilities.

“Every time I see them, I try to give them food or money or I’ll stop and have a chat with them,” she said.

Ms. Dobb said she hoped the Government would have an annual subsidy set aside for the trust, and that it would elevate their importance in the eyes of the public.

“Mental health [issues] comes in all different forms, it can be a disability, a disease, it can be depression. Then people go to things to try and escape reality like alcohol and drugs which amplify and make their problems worse.”

Tuatagaloa said he would like to see more Government funding for the organisation, which until now has relied on funding from private donors, bilateral aid and the Civil Society Support Programme (which gets some funding from the Government).

He said it is important that Samoa maintains its hospital-based Mental Health Unit, from which patients are referred to Goshen, but clearly that is not always enough.

“The Goshen Trust would not have done what they do if the Unit was adequate, obviously there is a need.”

To contribute to their fundraising efforts, visit the Give A Little Page ‘Prioritizing Mental Health Samoa’. 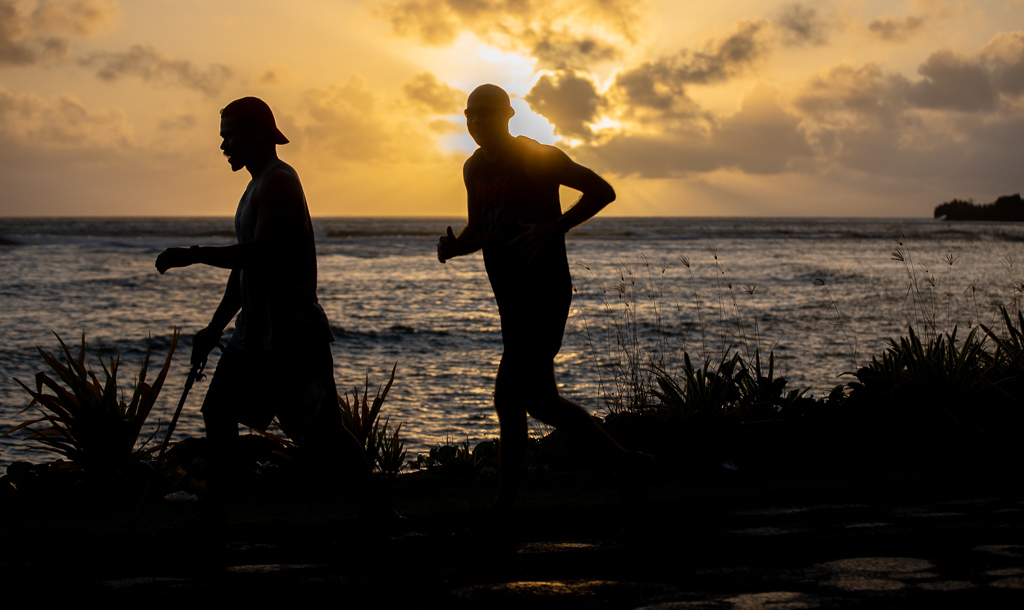