The police at the scene collection evidence and information on the crash (Photo: Aufa'i Areta Areta )

A Toyota van steered off the road rolled into the roadside drainage channel and crashed onto a family's gate at Ma'agao on Sunday afternoon.

The driver was the only one on board when the traffic incident occurred.

When the Samoa Observer arrived at the scene, police officers and families living nearby rushed in to help get the driver out of his vehicle.

An eyewitness, who spoke on condition of anonymity, said that speeding was the contributing factor to the accident.

"We saw the car passing by so fast and then the next thing we saw was that it rolled over and crashed. 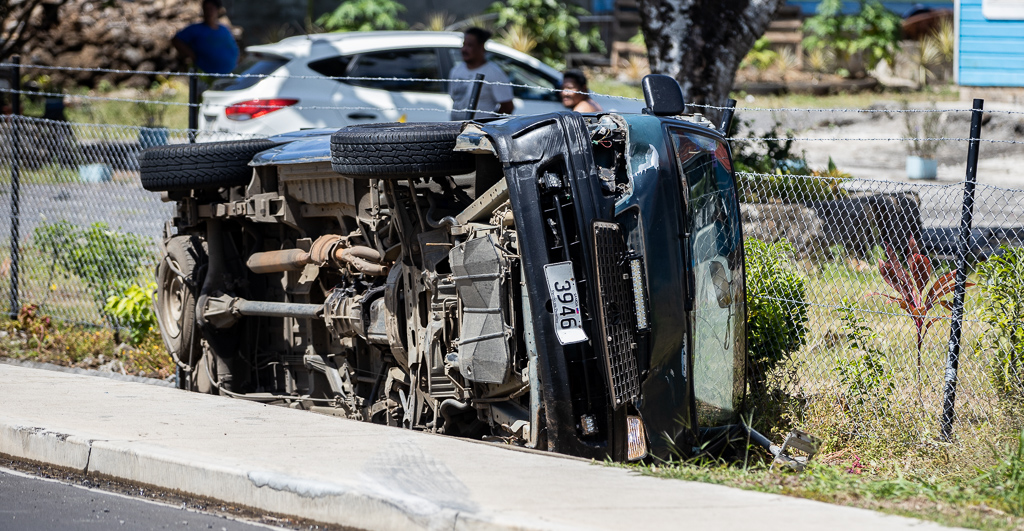 "It's fortunate that no one was walking on the side of the road and there were no other cars passing by."

While the eyewitness says that it was fortunate no life was lost, he believes the accident is a wake-up call for all motorists in Samoa.

"We need to be mindful every time we are on the road," he told the Samoa Observer.

"Safety should be our priority. It's better to drive slow and reach your destination safely, than being sorry.

"The last thing we want is to break the sad news to our families and children that you died because of a car crash.

"We should not take advantage of the new roads we have now. The government and all of us, the taxpayers spent money to fix the roads so we can travel from one part of the island to another fast. 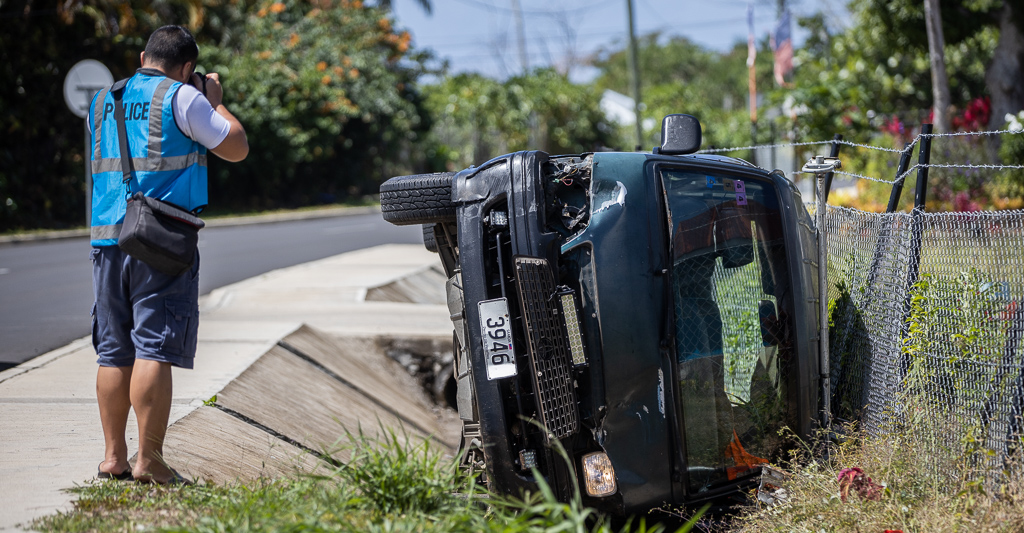 "Therefore, we should not abuse it because it will end up in the situation we have witnessed this morning.

"The driver was going too fast. We don't know why he was speeding, but it's always best that we stay alert at all times when driving on the road."

The driver was taken in by the Police for questioning.

The Police officers, who were at the scene, could not release any information as they said they are not authorized to speak to the media.

The Samoa Police was contacted for a confirmation whether the driver has been charged, but attempts were unsuccessful.