Three men miraculously escaped death after their vehicle drove off the road and rolled into a family plantation at Afulilo on Friday morning.

An eyewitness, Pati Fuimaono, said the incident happened at about 7am.

A navy blue Mazda van drove through the family's plantation fence and cut a telephone pole in half as it swerved off the road.

Mr. Fuiaono said the car was speeding on its way up the curve, coming from the Ti'avea side of the property.

When the Samoa Observer arrived at the scene, the driver and two passengers had been taken to the hospital for medical attention.

The telephone company whose pole was mowed down had already repaired and reposted the pole damaged from the crash. 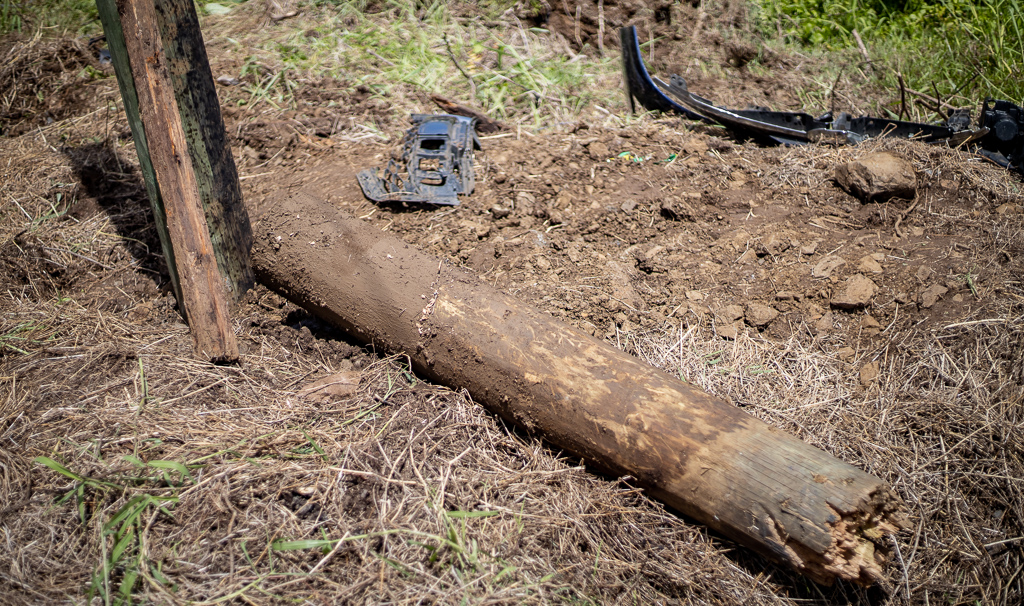 "Only one of them seemed seriously injured, the one that was in the backseat, he was not wearing a seatbelt," he said.

"When he came out of the car, he was holding his back saying it was hurting badly and almost passed out here on the road."

Debris from the vehicle could be seen from where the car had left the road and into the plantation.

According to Mr. Fuimaono, the driver was not related to the two passengers, but they are from the same village. 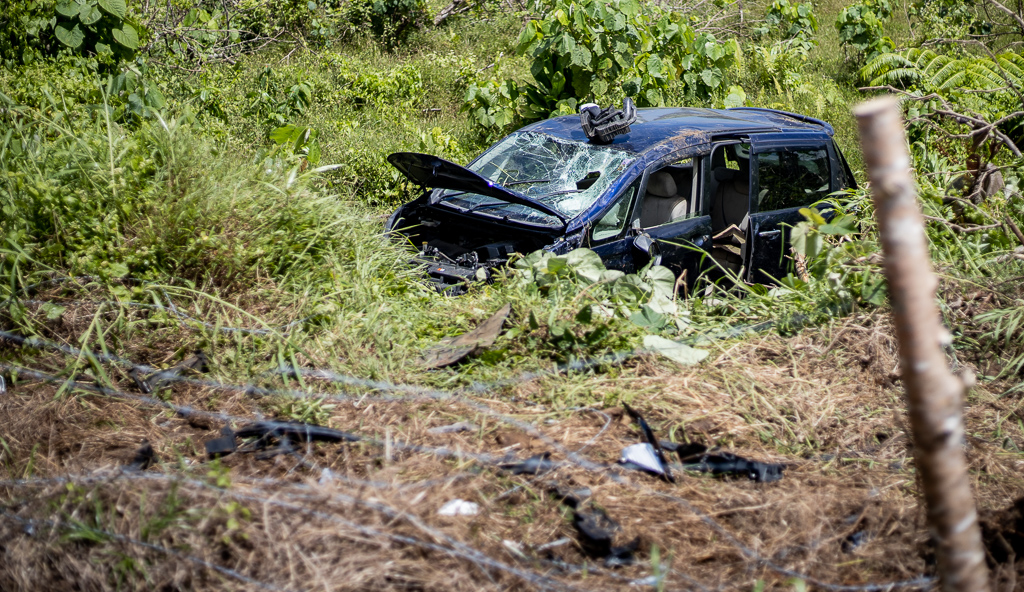 "They said the man driving was on his way to Apia and was giving the other two young men a lift as they had missed the first bus into town this morning," the Samoa Observer was told.

"They were so lucky, none of them had died. Noone seemed drunk, the car was going too fast and luckily airbags deflated."

It is not the first time the same curve at Afililo has been the site of a car crash. A few years ago, a student's life was claimed on the same road from a bus crash incident.