“If you can’t stand the heat, get out of the kitchen”

There was no prior notification from the Office of the Clerk of the Legislative Assembly [O.C.L.A.], to advise members of the public of its decision to pull the plug on this popular social media service, which strived to promote an open and transparent Legislature.

Not even the Legislative Assembly Clerk, Tiatia Graeme Tualaulelei, knew what was going on when queried by the Samoa Observer despite having oversight over all forms of broadcasting of the House’s proceedings.

“I will have to talk to our IT again on that,” Tiatia said. “Our IT had informed me that it was still on but I’ll have to ask him again now.”

The public were later advised to watch the Parliament proceedings on YouTube and a statement distributed to the press by the O.C.L.A. late Wednesday, confirmed what many had initially feared, that the Office has stopped its Facebook Live service.

“The new initiative by the Office of the Legislative Assembly is its effort to stop and dampen unpleasant and discourteous comments made towards Members of Parliament during its live proceedings on Facebook which exemplifies a breach of respect towards leaders of our country,” the O.C.L.A. statement said.

“However, due to receiving numerous spiteful comments made towards Members of Parliament on Facebook, it is our duty to protect the integrity of Parliament and Members thus the new initiative to install its live feed with YouTube.”

Interestingly it is worth noting that the O.C.L.A. has decided to add another function to its job description – the protector of the integrity of Members of Parliament. And it thinks that it can achieve that by changing the online broadcast platform of the Parliament’s proceedings from Facebook Live to YouTube.

In fact the switch to YouTube would make sense for a government agency or private organisation that does not want to see public feedback, because as administrator of the YouTube account, you have the option of switching of public commentary for each live broadcast that is done.

For now for the O.C.L.A. problem solved. No one can publicly comment on the parliamentary proceedings on its YouTube channel. Thus, no need to worry about the “integrity” of Members of Parliament being tarnished, and there should be no more “breaches of respect” towards the leaders.

But then we ask ourselves whether it was worth the time and the effort for the O.C.L.A. to make drastic changes to its broadcasting platform at the drop of a hat, simply because a Member of Parliament felt disrespected by commentators on their Facebook page.

Of course, we do not accept vile and threatening comments directed at our leaders on social media, but doesn’t constructive criticism of our roles as public officials by the public come with the job and should be encouraged rather than discouraged?

Perhaps, the O.C.L.A. would care to share and highlight the Facebook posts that disrespected our leaders, and compelled someone within the corridors of power to make a phone call to the Parliament’s IT staff to change the online platform without the knowledge of the Clerk of the Legislative Assembly!

It is bizarre that the Office charged with various responsibilities under the Standing Orders of the Legislative Assembly now has to worry about the image and the reputation of the Members of Parliament.

And putting this new “task” in perspective has the O.C.L.A. ever wondered why members of the public have become so critical of their leaders lately and put pen to paper through their posts on the Parliament’s Facebook page?

We have covered the proceedings of Samoa’s Legislative Assembly for over 40 years and we can point to various instances of the integrity of the Legislature being called into question by the decisions of the Parliament Speaker or the ruling Human Rights Protection Party [H.R.P.P.] Government using its lopsided numbers to bulldoze contentious legislation without proper debate and scrutiny.

Removing the ability of citizens to comment on the proceedings of the Parliament – either through Facebook or any other online publishing platform – is undemocratic and makes a mockery of the Government’s promise to the international community to promote an open and transparent Legislature.

With the 2021 General Election eight months away, now is the opportune time for leaders who are finding public scrutiny of their actions on social media uncomfortable, to begin preparations to make their exit from politics.

As the U.S. President Harry Truman once said, if you can’t stand the heat, get out of the kitchen.

OPINION: It’s hard to disagree with Fauo’o. At a time like this, every sene counts. There is no place for bad spending especially for a country that has very little money to start with. 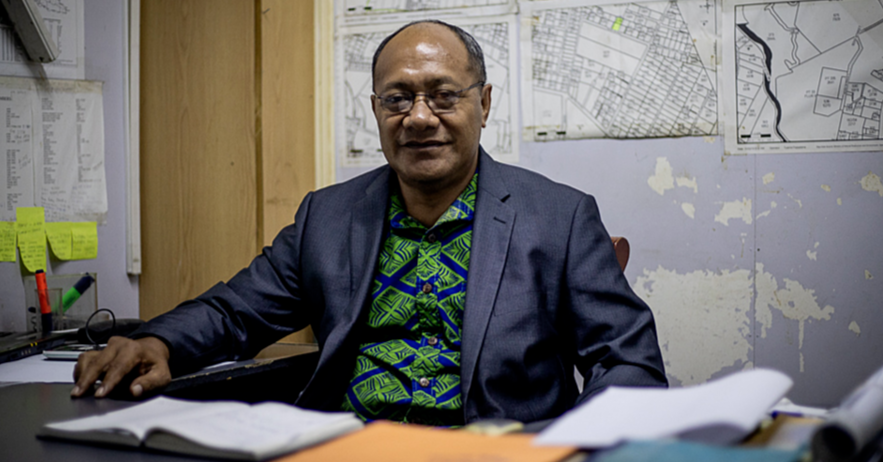 It is difficult to argue against regulations designed to promote good character in Parliament.