The vibrant life of “passionate coach” and “devoted husband” Laauli Rudy Faatali Leavasa was celebrated by a churchful of families and friends on Thursday morning.

Laauli was remembered as the man who spoke of life in the form of jokes and who was dedicated to youth development in the village of Vaiala.

His final church service was held in his beloved Vaiala Congregational Christian Church of Samoa (C.C.C.S.) where he was the Vice President of the Vaiala C.C.C.S. Youth. 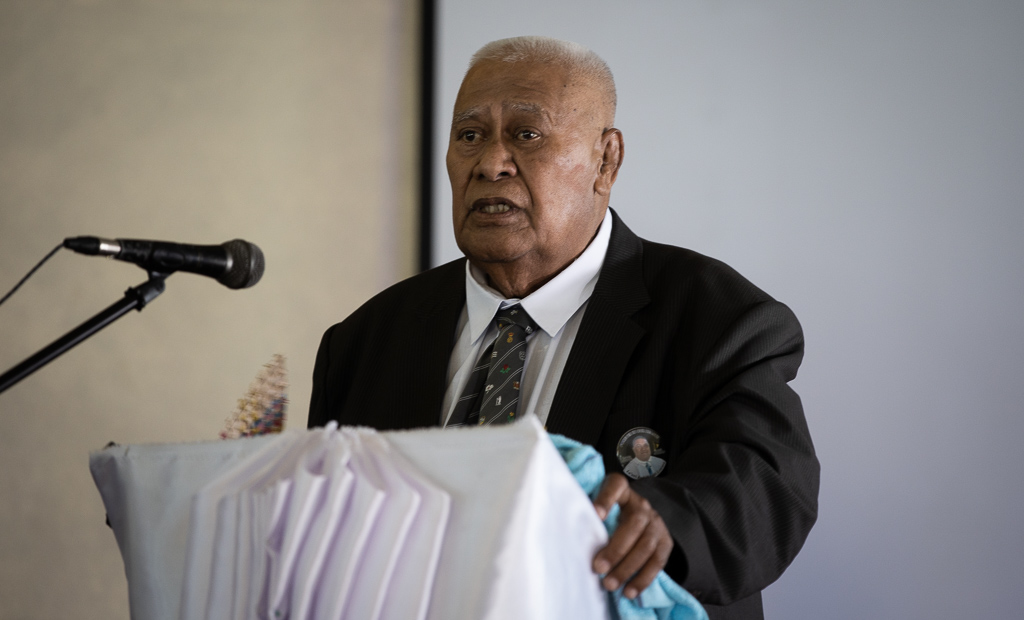 He is survived by three girls: Elsamaria, Elizabeth and Trenilta and his wife: Yvette Kerselake-Leavasa.

Yvette said their love story began very early as they were “only one house apart” and would often meet on the Vaiala seawall.

They were married in December 2013.

“Rudy was a family man. His proudest moment in our family was our wedding. He was so happy, he invited his family to our honeymoon, so I invited mine,” she said.

Laauli was also remembered as the man with full respect for his father: “He was very obedient, no matter how busy he was - one call from his dad would have him saying, ‘yes, I’m coming’.” 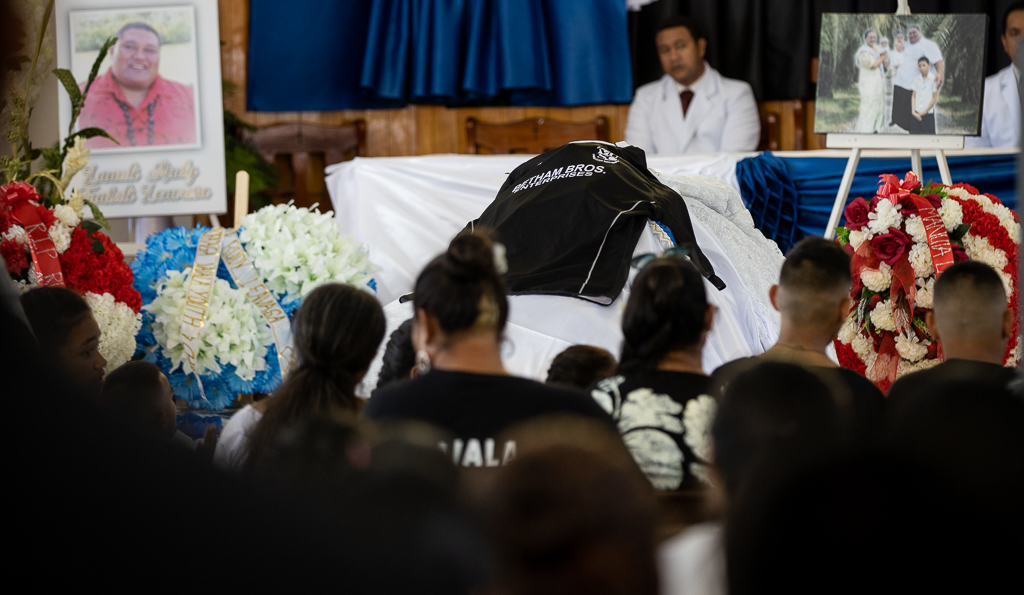 Away from home, he was a well-respected Samoa Rugby Union Coach and a legend of Vaiala rugby.

“Off the field, we were all the same in the eyes of the Laauli, management or a player, we would all joke together. And on the field we all knew our places,” he said.

“He was full of jokes, full of lies, you cannot compete with Laauli. He will out joke all of us. His jokes would also affect some of the boys’ relationships.” 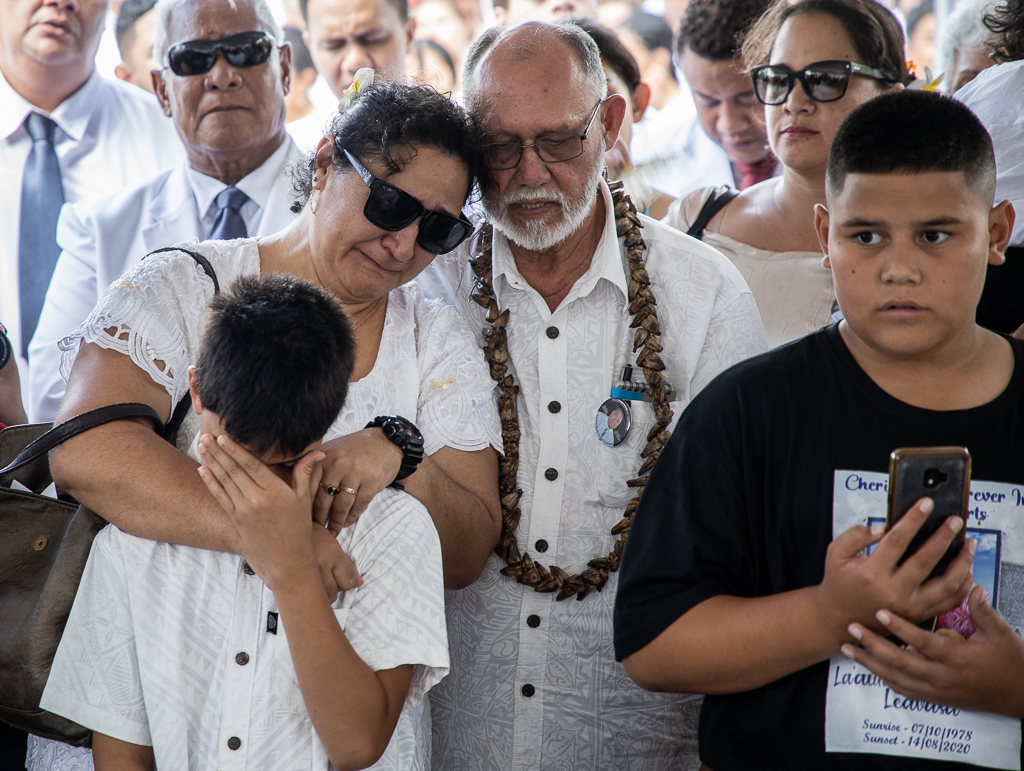 The Ulalei Rugby Club was able to reach new heights under the leadership of La’auli, but Tafaomalo said, their lasting memory of his contribution would always be “his leadership.”

Samoa Rugby Union’s Chief Executive Officer, Faleomavaega Vincent Fepuleai, also spoke during the funeral saying La’auli had proven himself as a man with a big heart and had a brave soul.

As he built a career in rugby as a young man, La'auli was a scholar and chose to play for the Nelson team in New Zealand, where his career went from strength to strength.

He was a student in Apia Primary, Leififi Intermediate and Leififi College before he moved onto Nelson College.

Leading the funeral service, Reverend Iese Uele said Laauli would be remembered for his major contributions to the development of the youth of Vaiala.

While he spoke freely most of the time, he was remembered as being full of love and respect for the Reverend despite their growing up together.

The late Laauli was sent off by the members of the Vaiala church with the Ulalei Club anthem, sung with pride and love for their beloved family and friends.

He was laid to rest at his family home in Vaiala.

Last week, La'auli collapsed at his Vailele home on the eve of the Vodafone Samoa National Sevens Series Upolu leg.