Shalom Tonu, one of the USP students present at the awareness program. (Photo: Francis Faalili)
HS
By Hyunsook Siutaia, 21/08/2020

A sexual abuse awareness program was recently held at the University of South Pacific [U.S.P.] Alafua Campus in a bid to reach out to the student population.

The Pasefika Mana Samoa Social Service Trust Director, Maria Levi, delivered and facilitated the program which revolved around the theme “know me before you judge me” and targeted students in order to get them to understand the concept of sexual abuse, its boundaries and its consequences.

Ms Levi said the youth-focused program was tailor-made for schools and students as they needed to know the implications of sexual abuse.

"This is an opportunity for us because we have a youth program that we deliver in school and it’s important for us that we target students because they are future leaders of our country and families," she told the Samoa Observer. 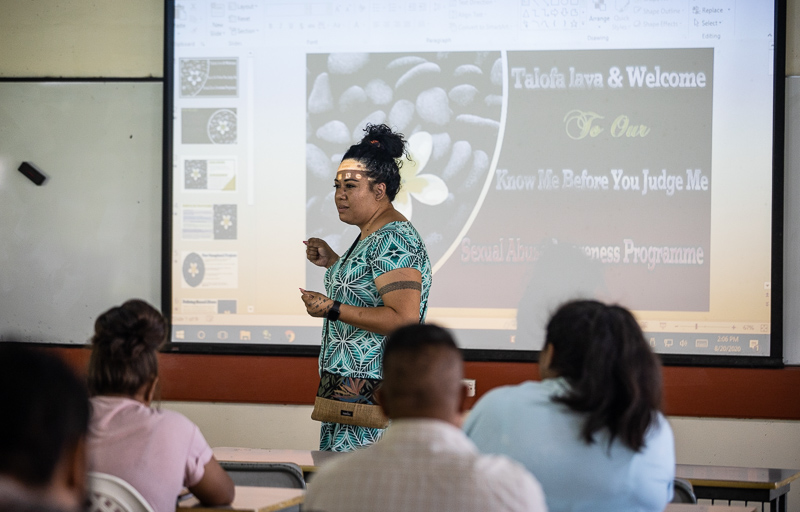 "These young people have gone through these problems and they need to understand the consequences and boundaries and who they are within these problems."

The information was new to some students, according to Ms Levi, who added that it would be good for them to reflect on it.

She added that the Pasefika Mana and Project is determined to provide guidance for students who could be victims of sexual abuse.

"This is why we need to target the students because from our experience, a lot of students nowadays, especially at the university level that if they’ve been sexually abused, it would have been from a very young age.” 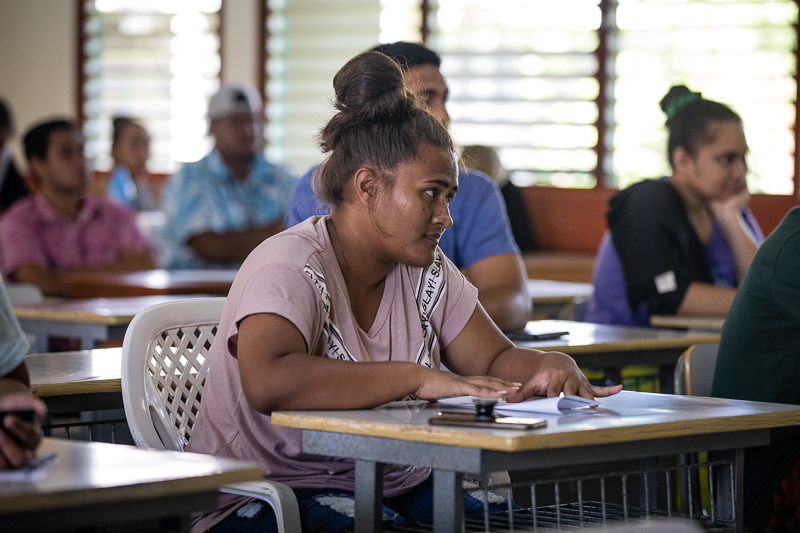 Ms Levi added that the sexual abuse awareness program is their media campaign, which will be followed by a second phase in the form of a research study, which they had to contact the Ministry of Education Sports and Culture [M.E.S.C.] for as they are keen to deliver their programs in the schools.

The awareness program at the U.S.P. Alafua Campus was hosted by the University of the South Pacific Students Association [U.S.P.S.A.] and the not-for-profit organisation Brown Girl Woke.