The Government has withdrawn a motion to strike out a legal challenge against the Electoral Act 2019.

The challenge was filed by Tuala Iosefo Ponifasio, who was later joined by Papali'i Panoa Tavita. Both men are election candidates and they argue that the Act is unconstitutional and discriminatory in its rules about a candidate’s qualification and the monotaga (service rendered).

But with the strike out motion withdrawn, the matter is now scheduled for a hearing on the first week of September.

The Office of the Attorney General had filed a notice of opposition with the Court sometime this week.

Chief Justice, His Honour Satiu Simativa Perese and the two applicant’s lawyers, received the changes “in the last 24 hours.” 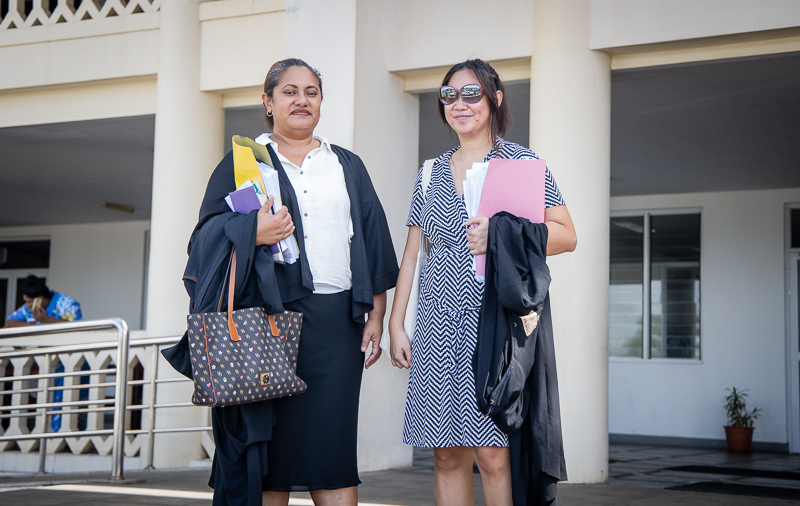 Their argument is that people cannot fulfil their three-year monotaga requirement because districts have been changed or newly formed in the last three years.

Last month, the A.G.’s lawyers filed a strike out motion, arguing that the case is an abuse of Court processes.

But on Wednesday, Chief Justice Satiu accepted their newly filed two notices for opposition to Tuala and Papalii’s claims and a new date was set for a substantive hearing on the matter over two days early next month.

In the hearing, Fuimaono also applied for the case to be heard by more than one judge, which is offered in the Judicature Ordinance, saying as the case is running on a tight timeframe and is of significant public interest, the extra authority is warranted.

“No doubt there is definitely a political aspect to it, given that one of the provisions we are challenging favours only sitting Members of Parliament," Fuimaono said.

“There will be some pressure on the decision to be delivered because we also have to consider the possibility of an appeal.”

Chief Justice Satiu expressed his disappointment that both parties were bringing significant issues to the table so late into the piece.

“It seems to me the parties have only just started to realise the need to chisel their arguments, as reflected in the Attorney making the late decision to change tack, and your (Fuimaono) late decision to to seek further judges to hear this important case for not just your client but the Constitution

“This is all unsatisfactory because we are all working in relation to the deadline [for election candidacy].

“We need to deal with this substantive issue earlier rather than later."

He offered to schedule a hearing for next week, but Mauga and Fuimaono said considering until the day before they thought Wednesday would be a strike-out hearing, they need more time to prepare.

After some deliberations over potential dates for a two-day hearing, Chief Justice Satiu even asked the A.G. lawyer, Sefo Ainu'u, whether the Attorney General could push the candidacy nomination back to allow the Courts more time with this issue.

But as the dates are set in accordance with the election itself, this will not be possible.

Despite the applicant’s lawyers wishing for longer to prepare their case, they agreed on the first week of September and to file all their submissions by midday on 28 August.

“This would not have happened if the A.G.s office had done this right from the beginning,” Mauga said.

Mauga expects to bring seven witnesses to the hearing, all matai who expected to be able to run for the election in their constituency and are concerned the Electoral Act 2019 renders them ineligible. 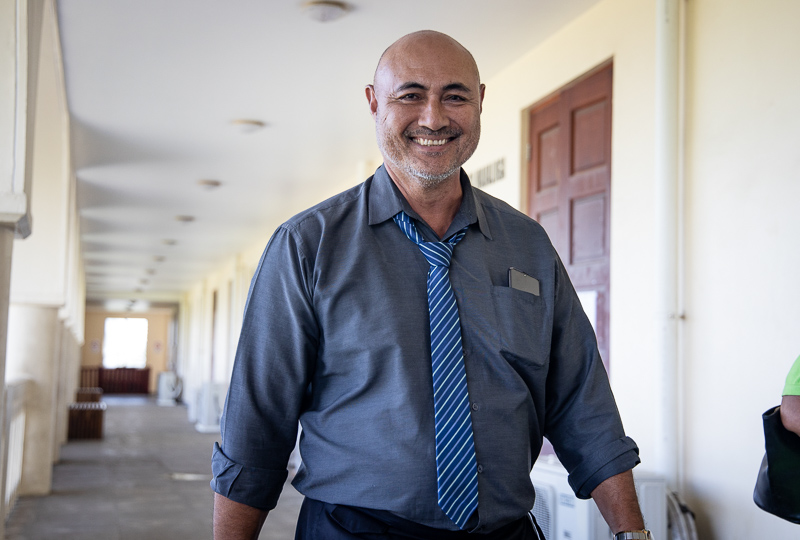 In its notice of opposition, the A.G. included a provision to reserve the right to raise any further grounds and file affidavits in support of their motion.

“We need to have all proper grounds of opposition and affidavits to be served to us so that we can prepare our submissions within the timeframe,” Fuimaono said.

Chief Justice Satiu supported her call and upon asking, the A.G. lawyer confirmed there is one further affidavit to file, which he will do by the end of today.

He also asked Fuimaono and Mauga to prepare a casebook for the hearing so that the judges assigned to the case can be quickly brought up to speed on the issues. While this is not common practice in the Supreme Court, Chief Justice Satiu said, it is a helpful thing to do.

On whether to assign more than one judge to sit in on the hearing, Chief Justice Satiu said he would give it further consideration and see who is available.