Samoa
The car that drifted off the road and fell into the Mali'oli'o river on Monday evening. (Photo: Facebook. )

A 49-year-old mother from Fagamalo Savai'i died when a car she was travelling in veered off the road and crashed into the Mali'oli'o river.

A spokesman for Police in Savai'i confirmed the fatality in response to queries from the Samoa Observer.

"I confirm that there was a traffic accident in Savai'i on Monday evening that resulted in the death of a 49-year-old mother from the village of Fagamalo," the Police officer said.

"The deceased was with her husband, who was the driver of the car. At the moment, we can not confirm the cause of the accident but we assume that the driver might have fallen asleep while driving.

The officer said the couple was driving from Patamea, making their way back to Fagamalo, when the crash happened. 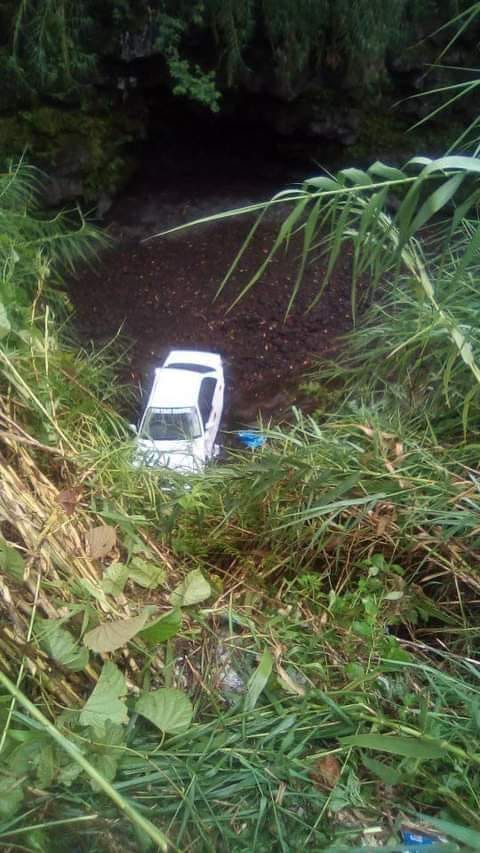 "The accident happened near the newly opened Mali'oli'o bridge," he said. "As you may have been aware, there are men working on the construction of the road from Patamea to Samalaeulu, and the couple was driving back from Patamea.

"People rushed to the scene and the woman was sitting on the left side, on the passenger's seat, that side was the first side to hit the ground."

The woman was pronounced dead upon arrival at the hospital.

"The deceased had severe head injuries," the Police officer said.

The husband, however, sustained injuries on his face and body. He is recovering.