One of the newest football clubs on the local soccer scene, the Sale'imoa Football Club, has gotten their Senior League Competition campaign underway on a winning note.

The Club which was just formed this year defeated one of the oldest teams in the competition Togafu'afu'a, 4-1, sending out a warning to future opponents that they mean business.

Saleimoa's Coach Jerry Epa, who is no stranger to football, said the Club was formed in July with the blessings of the Saleimoa Village Council.

"The Saleimoa football club was established just for the Senior League competition that is currently ongoing during the weekends," he said. "Before we formed this club, we had to go through the village to get their approval and we did." 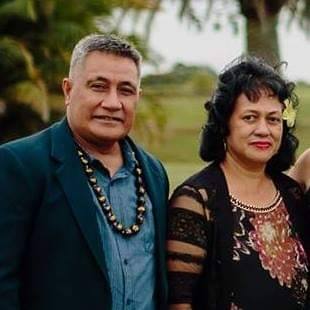 "What motivated me to start up this club, it was because I saw many of the kids in the village they had to go to other villages to find clubs to play in, they have potential and they are always keen to play however there was no football club in the village they could go to, to develop their skills and to enhance their knowledge on the sports. That''s why I decided to form this club up and get the village's approval as soon as possible and gather the youth who are excited to play," he added.

The club may be new but the players are very much familiar with the sport. Some of the players have played in other clubs, but they are now back to play for their village and represent them in the Senior League competition.

"Our club is new but I assure you our players are not. They have been playing in other clubs but now they are coming together to represent the village of Saleimoa. I don't really expect much from them as they are new and they are still trying to adjust especially with playing alongside others.

"I thought it was gonna take time before they can actually learn to play with one another and having good connections and combinations amongst themselves. But our game last weekend actually proved to me that they are capable and are adjusting well. They showed how much they love the sport and are enjoying themselves on the field, after all that's all that matters, is the kids to have fun and play their hearts out," he said.

Saleimoa conquered Togafuafua during their clash on Saturday, 4-1. According to Epa, their win is a sign that shows how interested their players are in the game. He also added that the youth of Saleimoa usually takes up rugby, however this is another sport that some of the youth are interested in and perhaps may take it up as a talent.

"As we all know, rugby is a well-known sport in Samoa, and most kids would prefer rugby over football. But I am grateful to see these young ones having an interest in football. Winning our first game in the senior league tells me that they sure are interested in football, and so we are preparing well for our next opponent," he added.

Epa also coached U-12 Vaivase-tai who were the cup winners for 2013, and now he has started his coaching career again at Saleimoa, coaching the Seniors.