Representing Samoa in the multinational music concert, which was televised as well as live streamed around the world, artists Foaina Asovale, Desiree Fruean and Jasmine Crystal Evara-Koria sang a song written by Ms. Evara-Koria.

The trio performed in partnership with the Samoa Performing Arts and Creative Excellence [S.P.A.C.E] with audio production by Derek Wendt.

Ms. Evara-Koria told the Samoa Observer in an interview that they did not know how big the concert was until they had searched for further information online.

"It was also an honor and I was excited to sing with these guys because they were awesome," she said.

"To me, music is my passion because I am taking a music course right now. I really enjoy music. That's why I wanted to join B.G.W. because Doris showcases my talent to the audience. I really enjoyed it.

"Being in this concert is a really big opportunity for me to showcase what I have to whoever's watching."

Excited to see posts about the concert on Facebook, she added that the concert was a good opportunity for them to represent Samoa.

Ms. Evara-Koria has credited her late father for her musical talent, saying he was also a musician and her participation in the UN Pacific Unite Concert was a dream come true.

Initially she wrote the song "Here we stand" in 2013 as a graduation song, which they performed last Saturday evening.

"It was initially written as a graduation song for our graduating class in high school and then when Doris mentioned that the U.N. wanted an original piece, I changed up the lyrics and Valentino Maliko from S.P.A.C.E helped me with the arrangement," she added.

"My family is in Port Moresby, because my mom is from Papua New Guinea, they all tuned in to watch and they were really excited. It brought the whole world together." 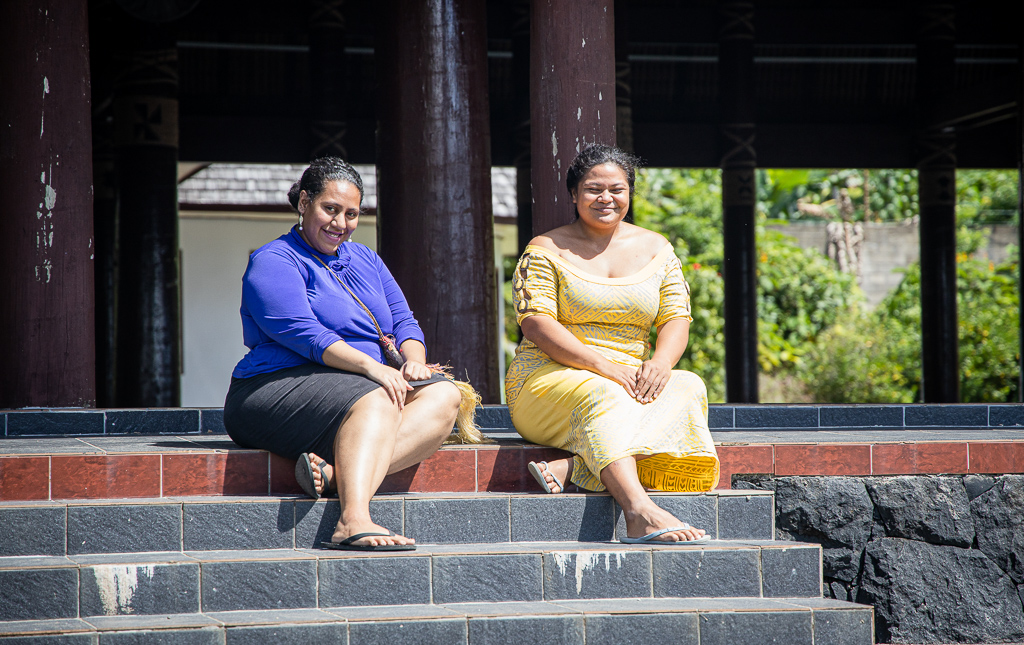 A line in the song "as we dream beyond borders" represents the challenges facing Pacific island communities today, according to Ms. Evara-Koria, as she said that even though the island communities were “disconnected” during the lockdown, the global pandemic in fact united the people.

"That even though we are quite disconnected because of the lockdown, we are also really connected as well, and the Pacific Unite Concert wouldn't have happened if it wasn't for the lockdown. And also we have the hope that after the lockdown there will be more happy stories.”

Ms. Evara-Koria then urged other budding artists in Samoa to continue to work hard as anything can happen.

Ms. Asovale said her pathway to life as a singer began when she first participated in the Star Search talent show, and though she dropped out of the competition in the top 11, she tried again in 2019 and won.

"When I joined the Star Search competition, I failed before. I dropped out on top eleven because of the votes, my votes weren't enough but last year I tried again then I won last year's competition," Ms. Asovale said.

"I kept on pushing my talent, even though I keep on failing so my advice for whoever is passionate in music just follow your dreams, follow what you feel is right for you. Music does speak louder than acting it out. You can express more when you sing rather than you talking."

B.G.W. founder and President, Maluseu Doris Tulifau, told Samoa Observer that the trio’s participation occurred when the U.N. Pacific Unite Concert organisers asked if they would like to perform and they then worked with S.P.A.C.E to prepare for the concert.

She said they were blessed to be part of the concert and it was an honor for them to perform in the concert.

"This is something that they will never forget," she said.