Lupe o le Soaga has defeated Vaipuna, 3-1, in the grand final of the Upolu Football Youth League tournament, to be crowned at the JS Blatter Soccer Stadium, Tuanaimato.

Lupe played an intense 90 minute match against Vaipuna , and were conservative from the kick off on top of defending well, to keep Vaipuna from getting into a rhythm and looking for opportunities to get ahead on the scoreboard.

The team eventually broke through Vaipuna’s defence and maintained possession for a prolonged period, before general play broke down in the final quarter as has happened in recent matches.

However, Lupe soon earned a penalty and went for goal on a free kick from long range nine minutes in and kicked the ball directly into the hands of the Vaipuna goalkeeper.

The captain was in a better position in the 15th minute of the game, at the left corner of the box,  but his kick sailed wide to the left. And the team skipped through the Vaipuna six-yard box in the 20th minute but no Lupe player capitalised on the lapse in defence. 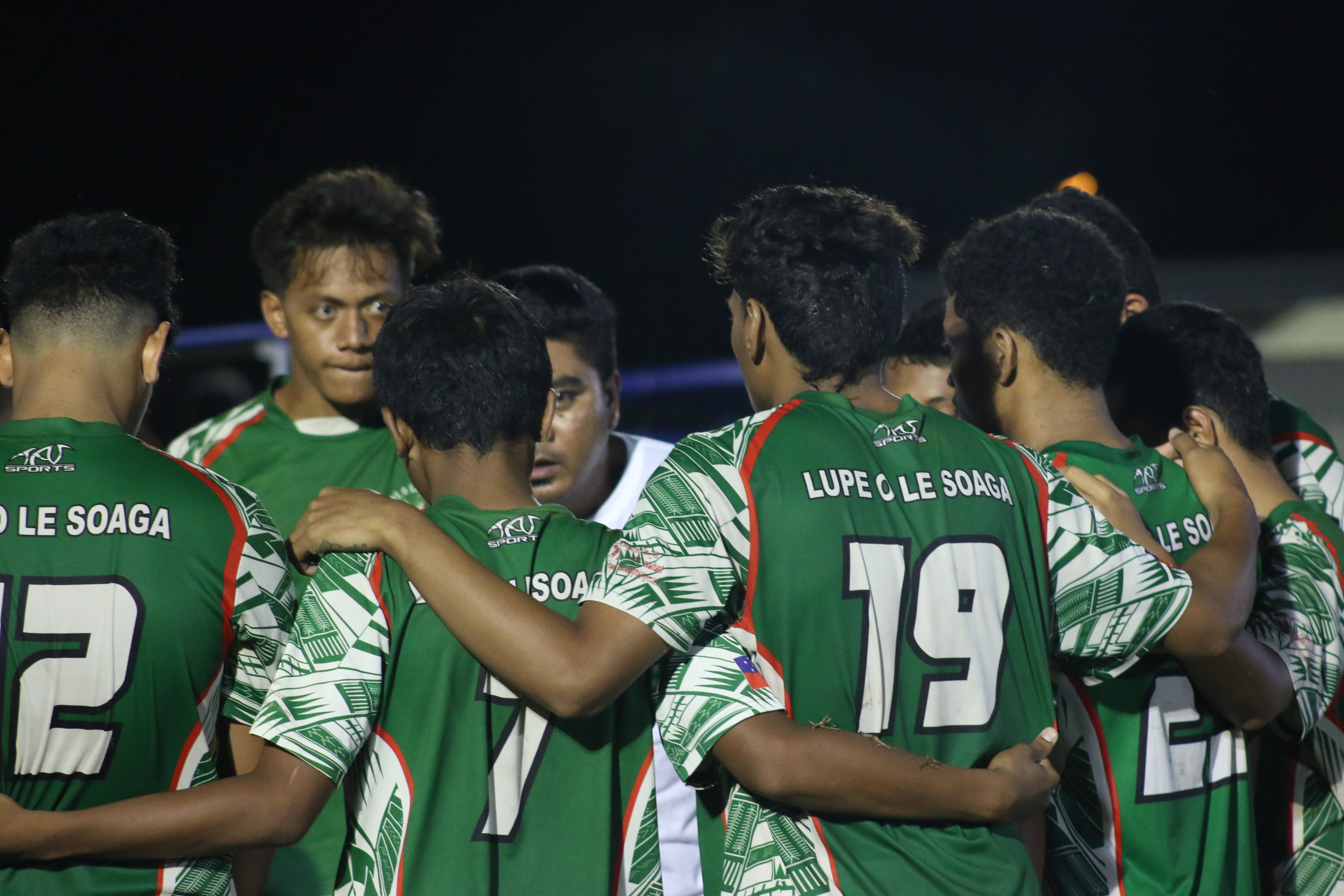 Both teams went into the break at halftime scoreless at 0-0.

In the second half, Vaipuna picked up more or less from where it left off in the first half, staying organised and keeping the ball moving to avoid giving Lupe opportunities.

But they could not maintain possession with Lupe finding the net three times in the second half to go out 3-1 winners to become this year’s U-19 champions.

The Upolu Youth League matches for the U-8, U-10, U-12 and U-14 Mix divisions continue every Saturday until next month.

Taula Mana has demolished Taula Legends U20 in a one-sided affair at the Apia Park Stadium on Saturday, running out 57–10 victors in the Taula All Star Tournament.