The rugby community in Samoa and abroad is mourning the passing of a well respected Samoa Rugby Union Coach and a legend of Vaiala rugby, La'auli Rudy Leavasa.

Muliagatele told the Samoa Observer that the news of La'auli's passing was tragic, especially on the eve of the Vodafone Samoa National Sevens Series Upolu leg.

“We were very shocked last night when we heard that God had taken our dearest Rudy," he said.

"We never thought we would part ways this early, and that is the saddest part for us, especially the rugby community.We were just cracking jokes and chatting at Marist [rugby tournament] yesterday without knowing he was going to leave us so soon.”

Muliagatele said La'auli's service to Samoa through rugby was tremendous.

“His service to the rugby community is undeniably a blessing and a massive contribution to the careers of our players and aspiring ones," he said.

“With our relationship, we’re lost for words to describe how incredibly fond we were and still are to have Rudy into our lives and careers.”

According to Muliagatele, the late former coach and player was always passionate about rugby, which explained his contribution to develop the careers of Samoa’s rugby players, not only the Vaiala Club.

“As a former Manu Samoa player and on behalf of the rugby community, may you [Laauli] find your place up in heaven where you belong.”

A notable legacy of the late Laauli – which made him popular amongst rugby coaches and the community – was his sense of humour which boosted the spirits of the players. Muliagatele said he was always known for being a kuku afi [joker] when amongst his peers.

“Whenever someone meets with Rudy, he will always have something to say that begins a conversation with laughs and happiness and he is a humble man, although he is known to everyone as the kuku afi (joker).”

Many rugby fans as well as players and coaches took to social media to pay tribute to the late former coach and player. 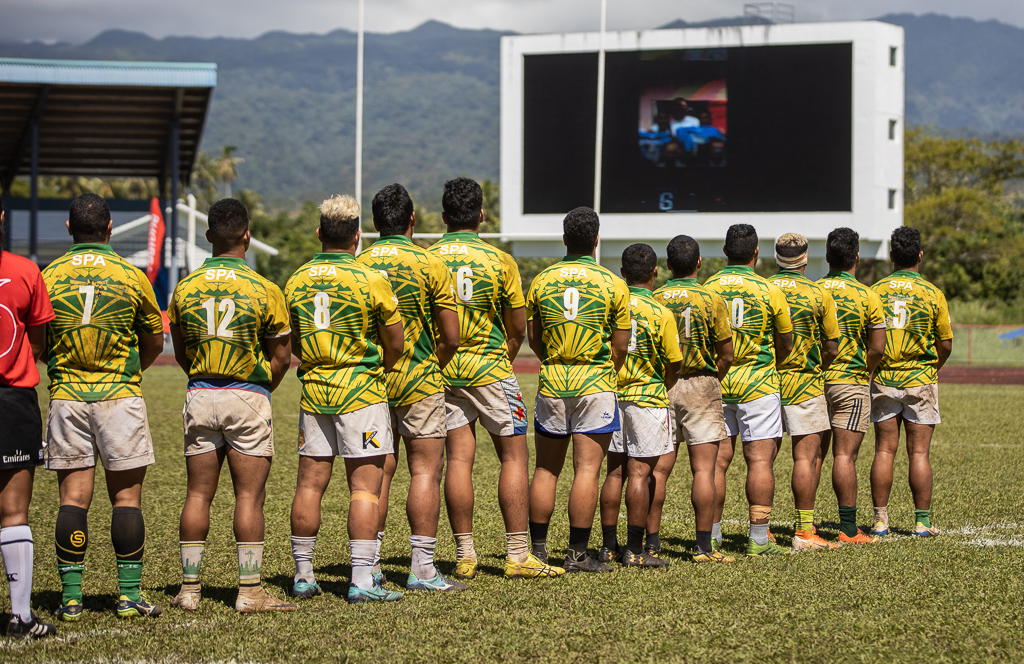 “Coach, I could not sleep properly last night thinking about you and the unforgettable relationship we had,” Vaiala rugby club senior player, Patrick Faapale, wrote in a post on Facebook.

“May you protect us on the field today as we will try to give it our hundred per cent.

“But you may go now, we are [more than] satisfied with your services to our Vaiala club as well as relationship with your words of encouragement to improve our talents.

“May God guide your soul so you can find a better place in heaven.”

The Vaiala rugby team, which is participating in the Vodafone Samoa National Sevens Series finals, have vowed to play for their late coach and win.

The Vaiala rugby club recorded a memorable win with Laauli in 2011 during the Marist International 7s.

His uncle and father figure, Aiono Tony Aiono, told the Samoa Observer during an interview of Laauli’s lifelong passion for the game.

“As we’re talking right now, I am reminiscing about the time when Rudy was playing rugby with my children in our front yard using one pair of jandal as their rugby ball,” he said.

“He will be dearly missed and Rudy’s life from his juvenile age was all about rugby. He is very passionate about rugby and his career in rugby was undeniable despite his body size which he was born with.”

Not only was he zealous about rugby, according to Aiono, Laauli was also a family man and a loving father to his two children and his wife, Yvette Kerselake-Leavasa.

As he built a career in rugby as a young man, La'auli was a scholar and chose to play for the Nelson team in New Zealand, where his career kept getting better and influential.