Tama Uli tackles Bright of the Laulii Lions. Neither team made it to the semi-finals (Photo: Aufai Areta Areta)
Samoa Rugby Union

Semi-finalists have been confirmed for the second leg of the Vodafone National Sevens after a morning of hard fought match ups between the top eight teams.

The teams through to the semis are: tepatasi, Taula All Stars, SCB Apia Maroons and Lulumaivini Ulutogia.

Two of the teams are from the Aleipata Union while the other two are from Apia Ugbyy Union.

Ott Constructor Tama Uli, the defending champs lost in an n Saturday to the Taula All Stars, 19 – 21. The multiple time champions were bundled out in a closely fought match. 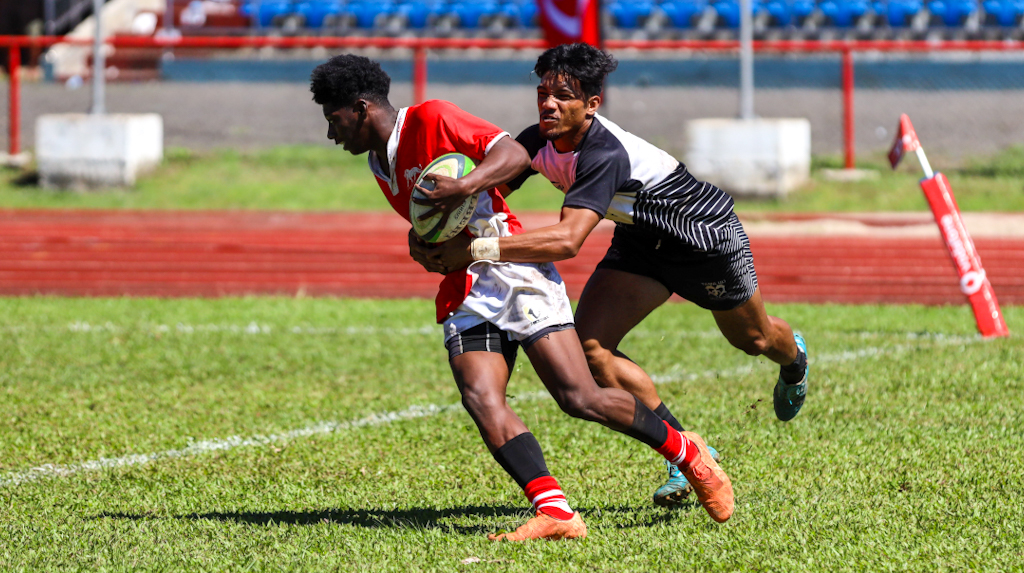 The Taula All Stars will face Tepatasi in the semifinals while Lulumaivini Ulutogia are set to match up with the S.C.B. Apia Maroons.

All the teams are hungry for a chance to claim the title and S.C.B. Apia Maroons and Taula All Stars are looking to impress on their home soil.

For the Taula All Stars and S.C.B. Apia Maroons this is their first semifinals of the two leg tournament, while Tepatasi and Ulutogia featured in the playoffs for the first leg.