Law Society calls for transparency on state of emergency orders

The Samoa Law Society has called on the Government to take a measured response to the COVID-19 pandemic, to respect the rule of law, and to provide scientific evidence of why some State of Emergency (S.O.E.) restrictions are necessary.

The President of the Society, Leiataualesa Komisi Koria, said while Samoa remains without a case of the virus, emergency orders should match the severity of the threat, and not go beyond the purpose of the S.O.E.

“I would like to see more transparency about the science that is being used as the foundation for these different orders,” he said.

“If I had nothing else to go on except for the orders being published, I could be forgiven for thinking based on whatever science the Government is looking at, COVID-19 comes out after 7pm [and that] you can catch it if you go swimming on a Sunday in the sea.”

Leiataualesa’s comments come in the wake of a senior lawyer saying there are grounds for legal challenge over several emergency orders which are arguably outside the scope of the purpose of the emergency.

If taken to court, emergency orders that are found to not relate to protecting Samoa from COVID-19 could be ruled as unlawful and unconstitutional, and the Government may be ordered to pay damages to the complainant, the lawyer – who asked to remain unnamed – said.

In their legal opinion, “orders which: limit customary observances like funerals and celebrations; impose a Sunday ban on trading and commerce;  impose a Sunday ban on swimming and impose restrictions upon shops, businesses and sole traders to trade during specific times and days do not come within the purpose and authority of the Proclamation.”

Prime Minister, Tuilaepa Dr. Sailele Malielegaoi, has rubbished the legal opinion saying it is the invention of a "little lawyer."

Without being engaged by a client, Leiataualesa would not comment specifically on the viability of any legal challenge, on the extent to which orders might be found unconstitutional or not and what damages might be called for.

But he said the Law Society is deeply concerned with how proportionate the Government has been during the state of emergency. 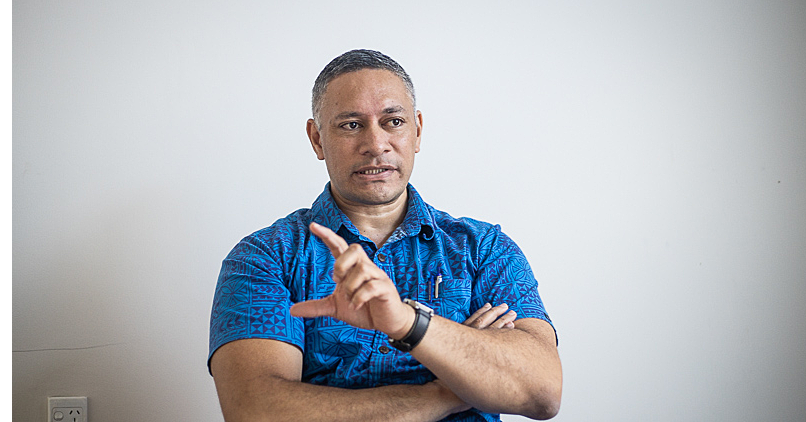 An Emergency Proclamation by its nature restricts freedoms enshrined in the Constitution, and the power to do that has to be used carefully, he said.

“What we are concerned with [is] that the Government, in passing the emergency orders, is proportionate and strikes the right balance between restricting the rights in the constitution, and protecting us against COVID-19," he said.

“There needs to be balance and that is achieved by decisions being made based on clear scientific evidence."

He said the Law Society, as well as representatives from the Commonwealth are concerned about governments using the COVID-19 pandemic to shore up their own political positions under the cover of responding to the crisis.

“We don’t want that in Samoa.”

Last week, the President of the Samoa Association of Manufacturers and Exporters (S.A.M.E.),Tagaloa Eddie Wilson, said the situation demanded that he and his members would demand remedial action from the Government for needless loss under the state of emergency.

Leiataualesa said though there is no precedent for a class action lawsuit in Samoa, there are many different groups of people affected by the state of emergency restrictions on trade and movement with equal opportunity to challenge the Government.

Associate Professor at the University of Canterbury’s School of Health Sciences, Arindam Basu, said COVID-19 does not change behaviour based on times of the day or week.

“No, there is no reason to believe that Sars-Cov-2 and COVID-19 behave differently depending on the time of the day either in terms of growth rate of the virus or intensity of symptoms,” Professor Basu said.

“You may see a drop in the number of cases during weekends; this is possibly explained by slow activity of case detection and testing over the weekend; also people may have a higher chance of coming in contact with each other in the weekends and hence when the week opens a higher risk of new infections being reported.”

But in the case of Samoa, which has so far successfully kept out any cases of COVID-19 at the border, and in doing so avoided community transmission of the virus, these trends are unlikely to be spotted.

Dr. Basu said in the meantime, testing and contact tracing practices are important in order to remain vigilant.

“Community testing and random testing will help to intercept cases,” he said.

“Also, encourage people to adopt safe practices [like] cough and sneeze hygiene, mask use and distance maintenance. The testing of supermarkets and cold-storage is important.”

In their legal opinion piece, the anonymous lawyer said the fact that the emergency orders include old, out of date rules, suggest they are not being reviewed correctly every 30 day as required in the Constitution.

“There should be new emergency orders following each proclamation and not just a repeat of old emergency orders which include a week of fasting and prayer held in March – which suggests that the orders are not properly and competently revised and updated for the current circumstances, and contributing to the sense that they are not being properly and legally made with due and proper consideration,” the lawyer said.

“But then the factual question is whether that claim is correct,” Leiataualesa said.

“We only see what is published on Facebook or wherever we get the news but that doesn’t tell us what process was undertaken by the Government or within the Cabinet.”

He called on the Government to be more transparent in its processes and let the people of Samoa see how decisions are made, what scientific evidence it is using to make decisions, and for people to be able to see the Constitutional processes under the state of emergency.

“Our Government has for many years touted itself as being a government that practices good governance, and transparency and accountability are part and parcel of good governance.”

When asked whether passage of the three bills relating to the Land and Titles Court could impact any future legal challenge on the emergency orders, Leiataualesa said the Law Society remains gravely concerned about how the bills threaten an independent judiciary.

He said if the bills are passed in their current form, they would hand over control over judgeships to Cabinet and in doing so risk their independence.

“In a country where the principles of democracy are healthy and upheld you would expect the judiciary would have enough independence to be able to make decisions on such challenges without fear of interference.

“[But] there is potential for the stability we have been enjoying to erode, and even have the potential for that to happen is not where you want to be, that is a dangerous position to be in.

“Amnesty International’s advice to the government was that we need to make the best laws for the worst governments. That is not what we are seeing with these bills.”

But for now he is confident in the occupants of the Supreme Court bench, which would oversee any challenge relating to a Constitutional breach, calling them a strong and capable judiciary able to be vocal when necessary.

“In the current makeup of our judiciary issues of independence, fairness and impartiality wouldn’t be a problem.”