The reality TV cooking show produced by international chef and award-winning author Robert Oliver features teams from Fiji, Samoa, Tonga and Vanuatu who compete to prepare local recipes which are judged by Oliver and his co-hosts.

The TV show is a product of its namesake, Pacific Island Food Revolution [P.I.F.R.], which its producers say is a behavioural change program that aims to combat the high rate of non-communicable diseases [N.C.D.] in the Pacific region by promoting the consumption of local healthy food.

Through this, P.I.F.R. aims to disrupt the status quo and catalyse the role of local food in not only improving health and wellbeing, but also contributing to economic development, tourism, gender, agribusiness and climate change through good food choices.

P.I.F.R. TV show co-host and Ni-Vanuatu nutritionist Votausi MacKenzie-Reur said in the statement that she is proud that the project promotes both local food and Pacific culture.

“For so long, many of our people have associated foreign processed food to a high social rank and status, and said that our traditional food is meant to be consumed in the villages not in the city. This idea that fast food and sugary drinks are fashionable is unfortunate,” said MacKenzie-Reur.

“Pacific Island Food Revolution is changing that perception. We are glamourising our local nutrient-rich foods and its health benefits. Our advantage is that we have access to almost every living room in the Pacific whether it’s through our TV show, radio show or social media campaigns.”

Diabetes among adult Pacific Islanders is rife, with Fiji having the highest death rate from diabetes in the world, stated the media statement.

Obesity is another regional scourge and ironically, so too is malnutrition with more than a third of children under five in Melanesia stunted as a result of chronic undernutrition. 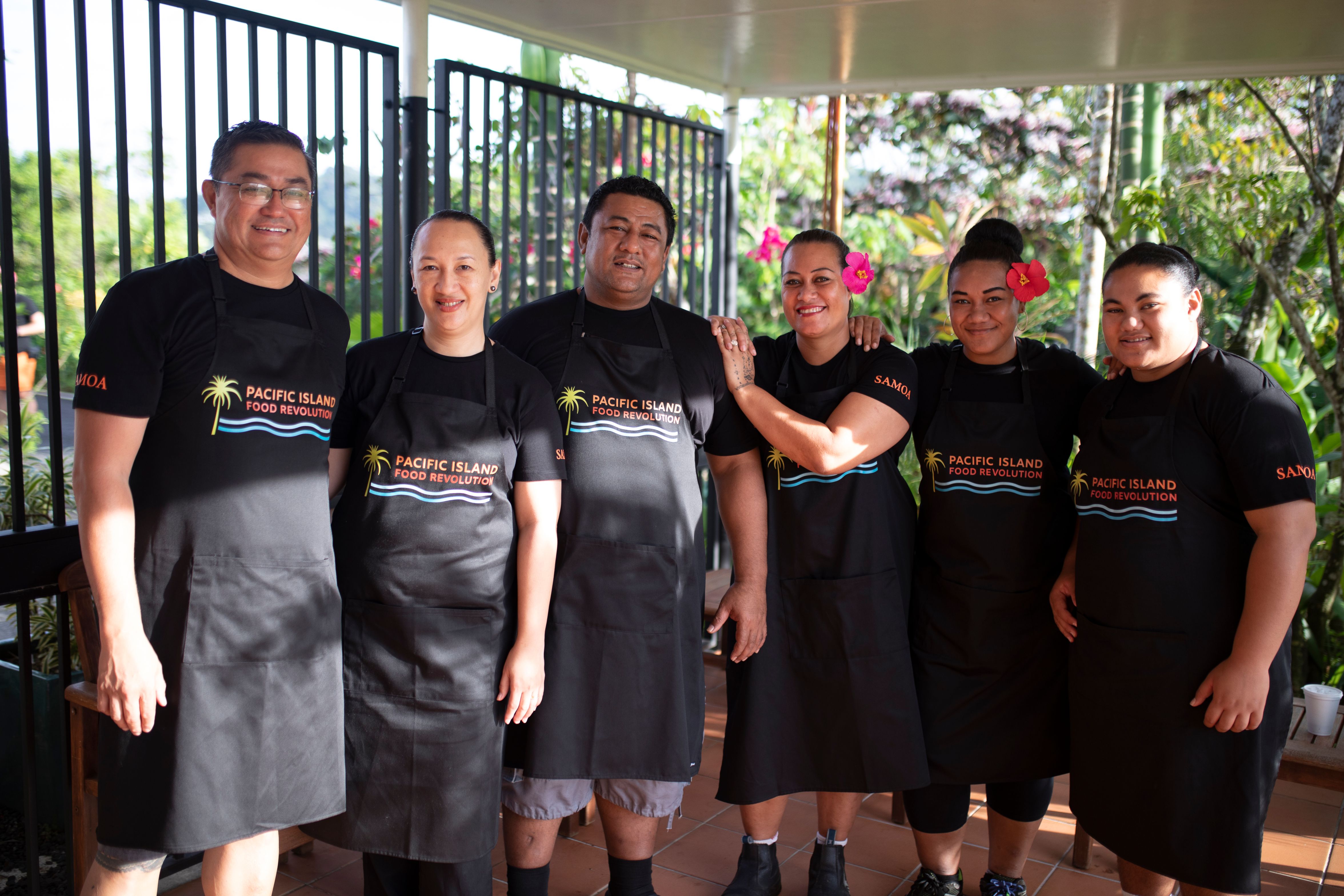 “The N.C.D. crisis in the Pacific is a very recent phenomenon,” said Mr Oliver.

He blamed the crisis on “the tsunami of processed foods, the big brands and marketers which invaded the lifestyle of the Pacific” in recent decades, replacing the traditional Pacific diets.

But with P.I.F.R., Mr Oliver is pioneering a health food fightback.

“The P.I.F.R. TV show will energise the Pacific in a way that it hasn't been energised before,” he  said.

“For the first time, we've designed a community revolution around our local healthy food and identity, encouraging people to return to their traditional nutrient-dense diet of superfoods.”

Mr Oliver added: “The uniqueness of P.I.F.R. is that we provide a Pacific solution to our health woes – that solution is literally in our backyard: our local healthy food.”

But change won’t be quick, according to Mr Oliver, who is of the view that it will take up to eight years.

“We’re working with our evaluation partners and experts in behavioural economics to monitor the impacts.”

Funded by the Governments of Australia and New Zealand, the P.I.F.R. TV show is broadcast across 24 Pacific TV networks in 14 Pacific countries reaching over five million viewers.

Additionally, the project’s social media campaigns have an engagement of over 2.5 million in the first half of this year – one of the largest in the region.

The P.I.F.R. TV show will be distributed to Australia, New Zealand, Asia, Europe and North America showcasing local food and Pacific culture to a global audience.