A presentation on Thursday was given to National University of Samoa [N.U.S.] science staff to broaden their understanding of Samoa’s progress on the United Nations’ Sustainable Development Goals.

The presentation was delivered by Aiono Telei'ai Dr. Sapa Saifaleupolu, who is the lead researcher and technical adviser for the Siosiomaga Society, and Fiu Mata'ese Elisara who is the Executive Director.

The seminar focused on broadening future leaders' understanding on the context and background of the S.D.G.

Aiono has been the lead researcher for O le Siosiomaga Society, which is a non-government organisation for close to 10 years.

Fiu, similarly, has closely followed the United Nations Conference on Environment and Development process during his time as the Director of the Department of Lands, Survey and Environment. 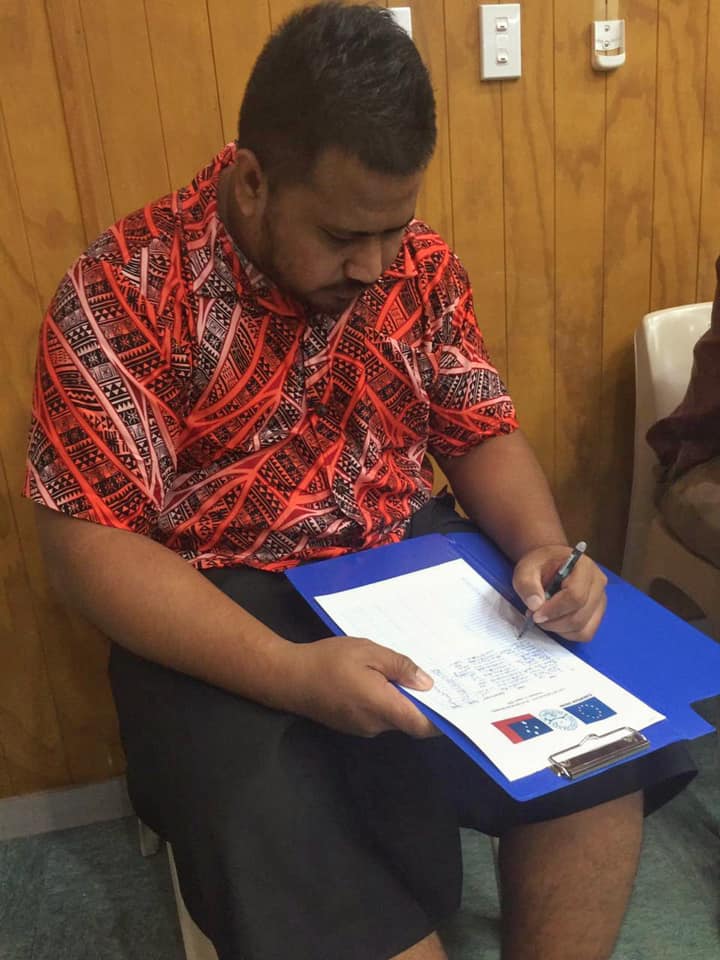 A brief introduction was provided to attendees to 21 papers critiquing issues of relevance to Samoa and the Pacific in the future in the context of the S.D.G.

"[There are a] lot of links to the development of Samoa. In those critiques of some of the development, we are trying to bring in another side of the story that the government don't normally bring forth," Fiu added

"When the Government goes out, they basically preach about the benefit, they hardly talk about the risks, and the impacts."

The 21 baseline papers discuss criticisms towards projects including the Alaoa Dam and why it is not good for Samoa. The bio-energy project at Mulifanua was also critiqued.

"We basically critique that in terms of why we believe it is not the best for us in terms of renewable energy," Fiu added

"It's going to be a problem for us on food security and how the invasive species that they (government) will feed this hungry bio-digester.

"We don't have enough invasive species to feed it."

All the 21 baseline papers and powerpoint presentations were all submitted in electronic form to the N.U.S. Faculty of Science as resource material for future elaboration and further discussion for the faculty.

The Dean of the Faculty of Science, Patila Amosa, thanked Aiono and Fiu on behalf of the university for the resource material which will greatly help the students and lecturers.