The plan is revealed as the Ministry grapples with ongoing demands for information amid the second public health crisis in less than a year.

Following a presentation to media on COVID-19 on Wednesday, Director General of Health, Leausa Dr. Take Naseri, said he is looking into the option of having a Communications Officer for the Ministry.

“I think we will have press personnel to answer questions soon, we need to get that through Government if they will allow that,” Leausa said. “That is why they opted to have Government media so that anyone of us can give information to them to relay to you."

Since the beginning of the measles epidemic, Leausa and his colleagues have come under fire for a lack of information or transparency with the people of Samoa.

At the outset of his session with media during an Australian funded training, the Director-General acknowledged that he has been accused of not sharing enough information with media or hosting regular enough press conferences.

“My sincere apologies to the media society, no one is perfect,” Leausa admitted.

“Sometimes people make mistakes, and if there is anything that I have done, forgive this servant.” 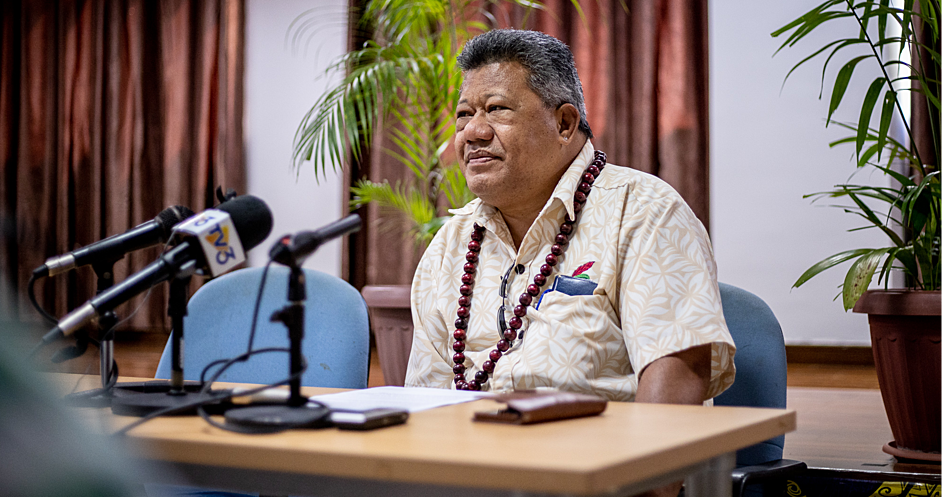 To rectify this, he said the Ministry of Health and National Emergency Operations Centre will look at sharing a modified version of the daily situation reports shared with Cabinet on the COVID-19 situation in Samoa.

In the absence of any cases, this report includes details on how many people are in quarantine, how many tests are being conducted and their results.

But in response to concerns that Leausa and his colleagues are too slow or unresponsive to questions on either the health sector or the COVID-19 response, the Director General said he is investigating the possibility of hiring his way through the problem.

He also acknowledged that responding to the press has to come after his primary activities as the Director General of Health.

“I have to prioritise what I do first and then come back to you,” he said.

“I will heed your advice and move forward and think of a better way to communicate to you.”

Leausa said he believes in the role of media to get public health information out to communities, and hopes the media sector and Ministry can work more closely together.

“Going forward we work together,” he said.

Just weeks into the COVID-19 pandemic state of emergency, M.O.H.’s availability to local media fell under scrutiny after the Government launched daily news briefings about the state of emergency changes without involvement from non-Government media.

At the time, Journalism Association of Samoa (J.A.W.S.) President Rudy Bartley said he had been asking on behalf of the industry for access to the leadership for information but was denied.

He said the early days of the state of emergency showed a distinct change in approach by the Government on how it wants to talk to Samoa, compared with the measles epidemic emergency of 2019.

“Government has limited access to private media and has released everything through government media […], Government radio, social media and the new digital T.V. platform. This is very unusual from previous years,” he said.

“The private media need to be there to ask the hard questions instead of prepared statements government officials often have.

“We need the media to function properly in order to prepare our people for COVID-19. M.O.H. needs everyone including the private media to works together for the greater good of the people of Samoa to prepare and to save lives.”

But speaking to the press, Leausa said he wants to connect more with media.

“I came here in case you might think that I’m scared of you,” he said, joking that he thought the invitation to speak at the workshop was a chance for media to “get me.”

The Ministry of Health works hard to communicate public health programmes to the public, he added, “but I know that effort would be halved if we work together.”

Leausa was speaking to media professionals from across the public and private sector at the COVID-19 Pacific Media Assistance Scheme (P.A.C.M.A.S.) Awareness Workshop.

The workshop continues until Friday and will include opportunities for the media to connect with the Ministry of Health, the National Emergency Operations Centre, the Ministry of Prime Minister and Cabinet and Ministry of Communications and Information Technology on COVID-19 and communications.