The increase in taro exports was highlighted by the Samoa Association of Manufacturers and Exporters [S.A.M.E.] President, Tagaloa Eddie Wilson, in an interview with the Samoa Observer.

He said there continues to be a spike in taro experts and one thing Samoa can learn from the COVID-19 global pandemic is that food is a high demand commodity amongst the regional markets.

“Taro is quickly climbing up the ladder to being the third biggest export for Samoa,” he said.

“If you count from March to September, there will be an influx of taro and there will be an abundance of food, which is good for the consumers but for the farmer, they can expect lowering of prices.

“The demand and export of taro has increased yet we still have the same challenge.”

And while taro exports are currently experiencing an upward growth, Tagaloa emphasised that fish still remains the country’s predominant export with nonu in second place.

Taro and locally manufactured beer are currently vying for third position in terms of export numbers, he added.

But a major hurdle that local taro farmers and exporters currently face is ensuring a longer shelf-life for their crop, when it gets into overseas markets such as New Zealand.

Tagaloa said the goal is to have a taro variety that is close to Taro Niue, which he added has a longer shelf life when it gets into supermarkets.

“You want a taro that you can harvest and take six or seven weeks to get to New Zealand, then take seven days to go through quarantine then you put it on the shelf and last for four weeks.

“Growing that ideal taro not only suits the taste of the market, but also can last from the time you harvest right up to processing, shipping [and] to getting on a shelf is a huge challenge.”

But a solution could be on the horizon with Tagaloa indicating that a “perfect variety” of taro could be found within three to four years.

“These things take time; we hope that in another three to four years we would come up with the perfect variety,” he added.

Samoa had a larger slice of the taro export market in 2013-2014 but Tagaloa said Fijian farmers cultivated and grew Taro Niue – which originates from Samoa – and were able to take over the market in Samoa’s absence. 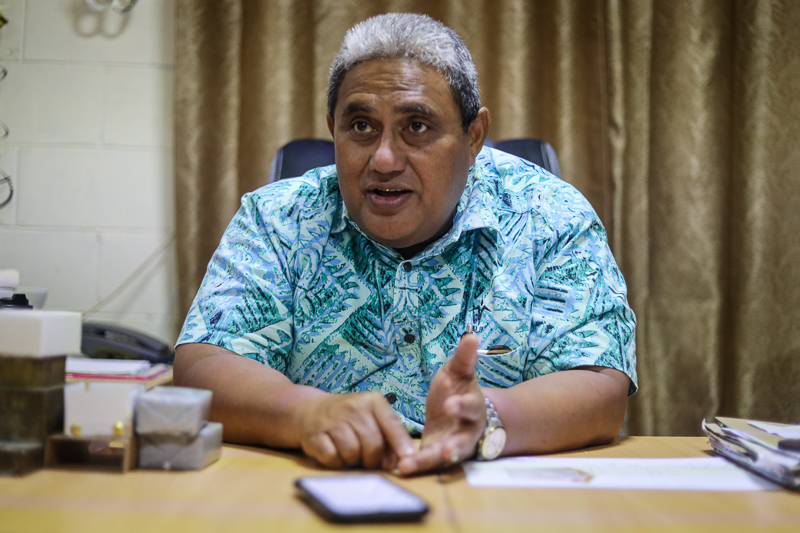 “It was very hard to get back our taro exports around 2013-2014 because consumers overseas have gotten used to the taro from Fiji. But our slogan was ‘you buy Samoan taro and you’re putting money in the hands of your own people and families’.”

The length of a fumigation period also irked local farmers, again, due to the length of time the crop export took to the supermarket shelf.

“Before we struggled with getting a container or two of taro with a lot of farmers complaining about the fumigation period.”

“When we talked to New Zealand back then for Samoa’s taro to not be fumigated, their response was, ‘if you comply with international standards for food processing and exports’ then they will look at removing those restrictions.

“S.A.M.E. has worked with taro farmers on hazard certification which is a full safety mechanism that companies or food processors have to establish.

“From the last conversation I had with Samoa’s biggest taro exporter, Taimalie Charlie Westerlund, he’s happy about the great potential but the challenge is still there.”

The Pacific Horticultural and Agricultural Market Access [P.H.A.M.A.] Plus is currently working with Samoa’s Ministry of Agriculture and Fisheries and taro farmers to get Samoan taro into the Australian market.

“When you export taro from Samoa it opens up opportunities for other local agricultural products such as cocoa, ava, and handicrafts,” Tagaloa further reiterated.

He also advised youth, especially those who are unemployed, to be more innovative and creative when it comes to the use of agricultural products.

“In overseas countries, they utilise their cultural aspects such as traditional cuisines with the use of local products to attract tourists.”

Tagaloa added that another challenge is the lack of promotion of Samoa’s agricultural produce.