“If this can encourage other companies to talk to us about the other hospitals then that would be fantastic as well," Neal Stephens said. (Photo: Pure Pacific Water)
Health

All five district hospitals will have free purified drinking water for the next year, sponsored by the team behind Siva Afi.

Leota Lene Leota and Clare Leota will pay for water coolers from Pure Pacific Water for all five district hospitals in Savaii for a year, saying they want to give back to their home island.

The water coolers are an efficient water supply as they purify and cool water straight from the pipes rather than use bottled water, saving hospital staff and patients from running out of water while at hospital.

Leota said when the owners of Pure Pacific Water told him they were having to remove water coolers installed for free during the measles epidemic, he insisted they leave them and he would pick up the bill.

The Ministry of Health received five coolers for Tuasivi, Satupaitea, Foailalo, Sataua and Safotu hospitals (as well all Upolu hospitals) during the measles epidemic in 2019 after they put a call out for help to manage the crisis.

Lucky and Rebecca Seumanu and Neal Stephens of Pure Pacific Water responded immediately, and installed coolers in all the nation’s hospitals for free, extending their stay during the early months of the COVID-19 response. 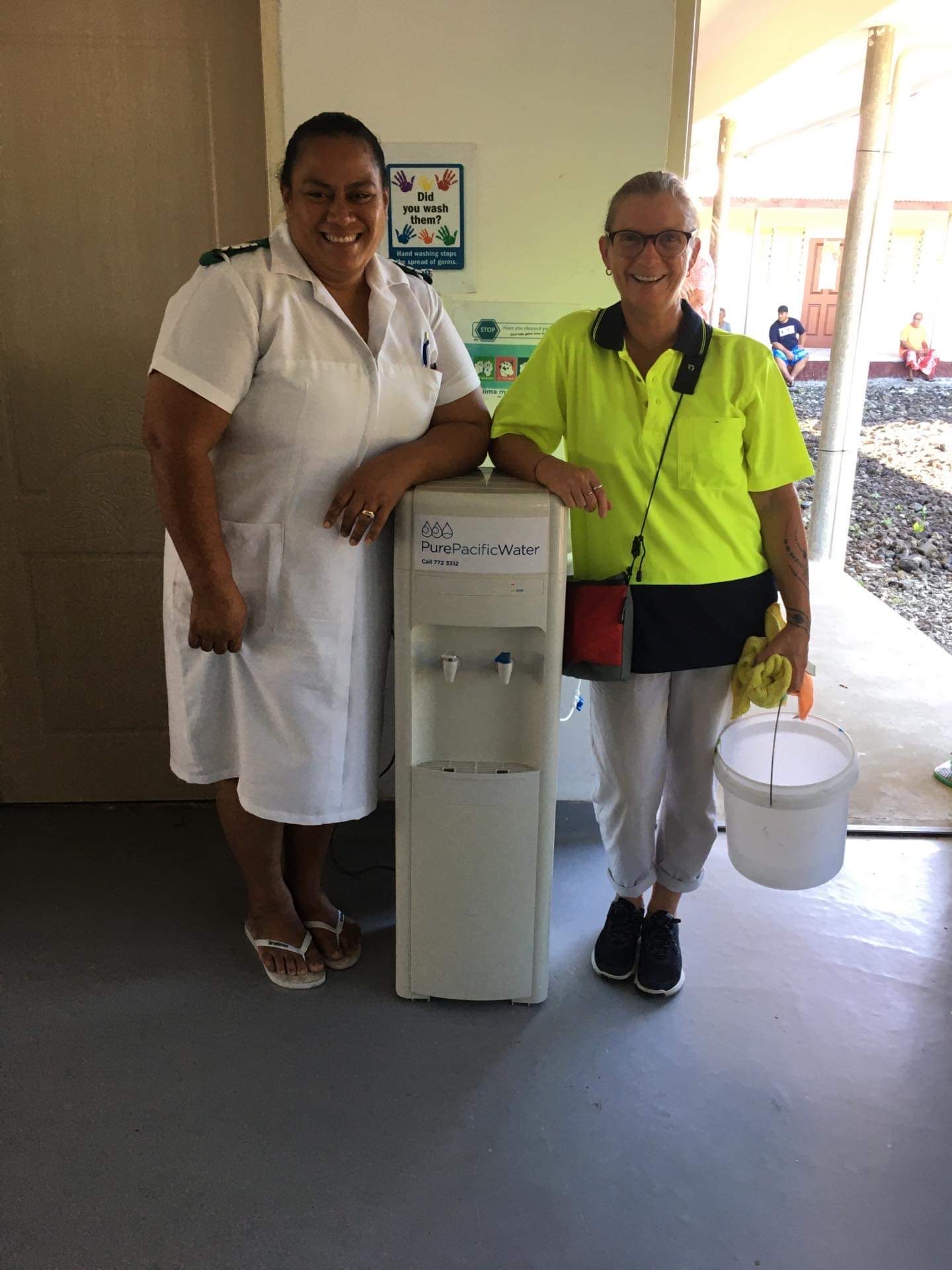 Eventually the company had to cover its costs, and offered the Ministry of Health (M.O.H.) a discount to keep the machines, or have them removed.

M.O.H. has not responded to a request for comment as to why it wouldn’t take on the payments. But in a letter to Siva Afi, Deputy Director General of Health for Public Health Tagaloa Dr. Robert Thomsen thanked the company for their generosity.

“We kindly express our sincere gratitude for your offer to sponsor installation of water dispensers for the District Hospitals in Savaii for the Ministry of Health,” the letter reads.

“We highly appreciate and value your assistance in this regard.”

Mr. Stephens said it was a sad day when the Ministry said it could not afford to keep them, and is glad private companies and citizens are willing to sponsor the discounted price of the coolers.

As well as the hospitals, Pure Pacific Water has companies and individuals sponsoring water coolers in schools, sports facilities and for non-government organisations.

“It’s a way people can give back and help the community so it’s great to be able to help, and to get companies to sponsor,” he said.

“It’s the convenience of our system. The hospital will be able to have a continuous supply of clean filtered water without the need to go and get bottles refilled.

“When we installed the machines during the measles, it was one of the main things we heard from the workers in the hospitals: that is it so good not to have to wait for refills and go days without water.”

Leota is from Foailalo, and said it grieves him seeing his people struggle, especially with something like water.

Before he wrapped up the sponsorship deal with Pure Pacific Water, he sought permission from the Ministry of Health to accept installation of the water coolers, which they gave in late July and the coolers are being installed this week.

Asked how they plan to pay for the sponsorship amid their own financial struggles brought on by the COVID-19 pandemic, the couple laughed.

“I feel sorry for people in Savaii, I really feel it when I see what is happening over there. We want to make sure there are no complaints from bad water." 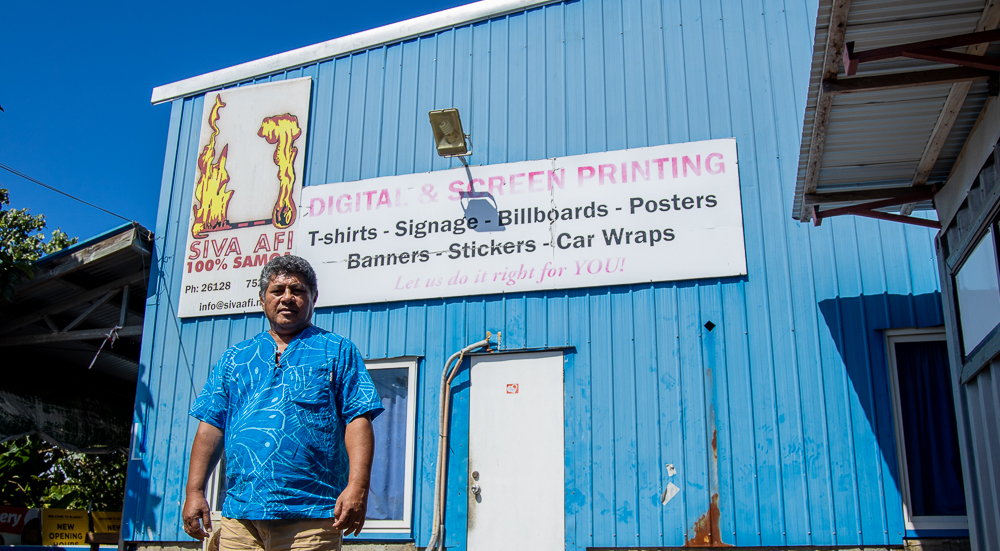 Responding to rumours of his intention to run for his district’s seat in the coming election, Leota said a decision is not final and that the water cooler sponsorship is not related to any future campaigning.

“It’s got nothing to do with it. I want to do it because I want to help because that is where I am from,” he said.

Mr. Stephens said he would be happy to hear from anyone who is interested in sponsoring water coolers for the hospitals on Upolu, or anywhere else.

“If this can encourage other companies to talk to us about the other hospitals then that would be fantastic as well.

“I can only assume the Ministry of Health would be okay with that, I don’t see why not because they have allowed it for Savaii.”