A three-day workshop in Falealupo village run by the Samoa Conservation Society has enabled participants to learn about how to identify ecological threats as well as green business opportunities.

Falealupo is the third village after Falease'ela and Vaovai Falealili to play host to a workshop facilitated by Samoa Green Livelihoods, which is a project run by the Samoa Conservation Society and is funded by the Civil Society Support Program [C.S.S.P.].

Samoa Conservation Society Project Coordinator, Tuisafua Dave Chung, told the Samoa Observer in a telephone interview that the workshop focused on raising environmental awareness amongst the youth and the rural community and attracted between 15 to 20 people each day.

“Our goal here is to go in and just try to merge as best as we can the traditional knowledge and the scientific knowledge,” he said.

“On the first day we had one of our executive members Faleafaga Toni Tipimaa, he came out on behalf of Samoa Conservation Society as well as with all of our trainers.

The first day of the workshop focused on marine ecology, according to Tuisafua with the facilitators and the participants going over basic marine ecosystems.

“What we did was we go over our basic marine ecosystem presentation but what we try to do is always try to mix theory with the practical.”

According to Tuisafua, the field activity was to go out to the ocean and take a look at the reef system and the biodiversity on the coast.

“Falealupo is a really interesting site because they actually have a marine conservation area in that area so we were able to take a look at some of the differences between a healthy reef system and an unhealthy reef system, what are some of the things that communities can do to ensure the health of their coast and their marine ecosystems, how they can reduce their impact on them,” he added.

On the second day of the program, a senior forestry officer from the Ministry of Natural Resources and Environment [M.N.R.E.] gave a presentation on the forest and different conservation efforts as well as a history on the land in Falealupo. 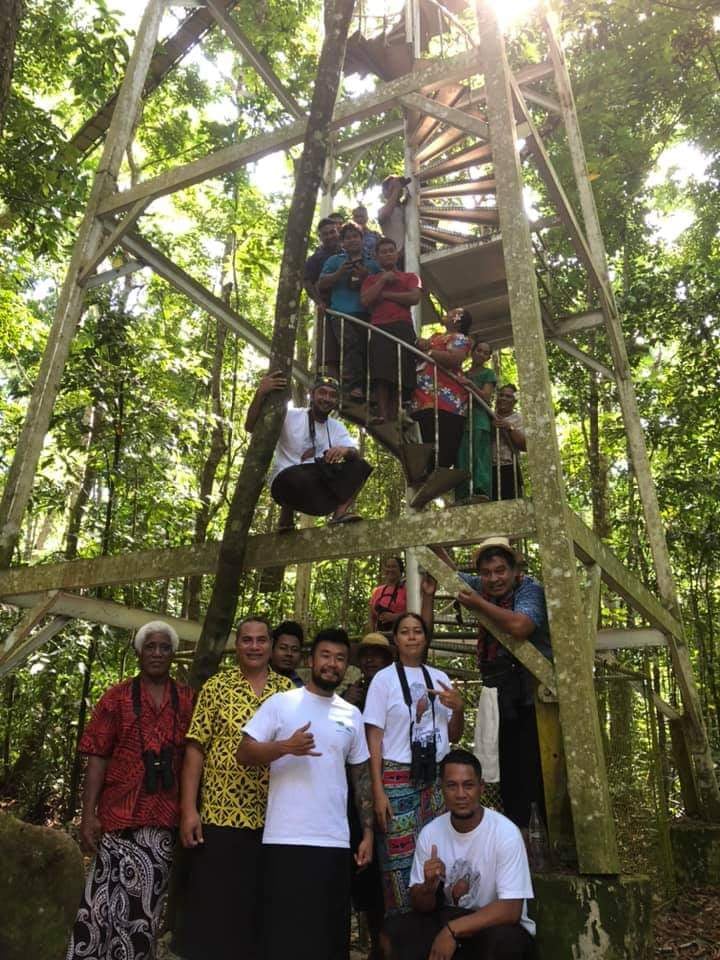 When asked about feedback from the village on the three-day workshop, Tuisafua said: "They were quite happy a course like this was coming."

Matai of the village of Falealupo, Silialaei Tuiaia, told Green Livelihoods trainers that he has received a lot of information about the natural environment within their village from the Samoa Green Livelihoods programme.

"From the mountains to the ocean, we clearly understand what is needed to do to look after it," he said.

The matai further explained that the important part of the program is that it was mostly targeted towards the youth in terms of protecting the village’s natural resources.

He further stated that other than the attractions found in Falealupo, one thing the village is starting to do is looking after and planting trees and added that they are looking at domestic tourism due to the lockdown.