A shipment of much-needed medical supplies including equipment to protect against the coronavirus is bound for Samoa thanks to the United States government funding.

The U.S. Embassy in Apia, announced the imminent arrival of the consignment in a media release on Friday.

The U.S. Ambassador to the Independent State of Samoa, Scott Brown, said that he was honoured to have the opportunity to assist with packing the shipment of supplies. 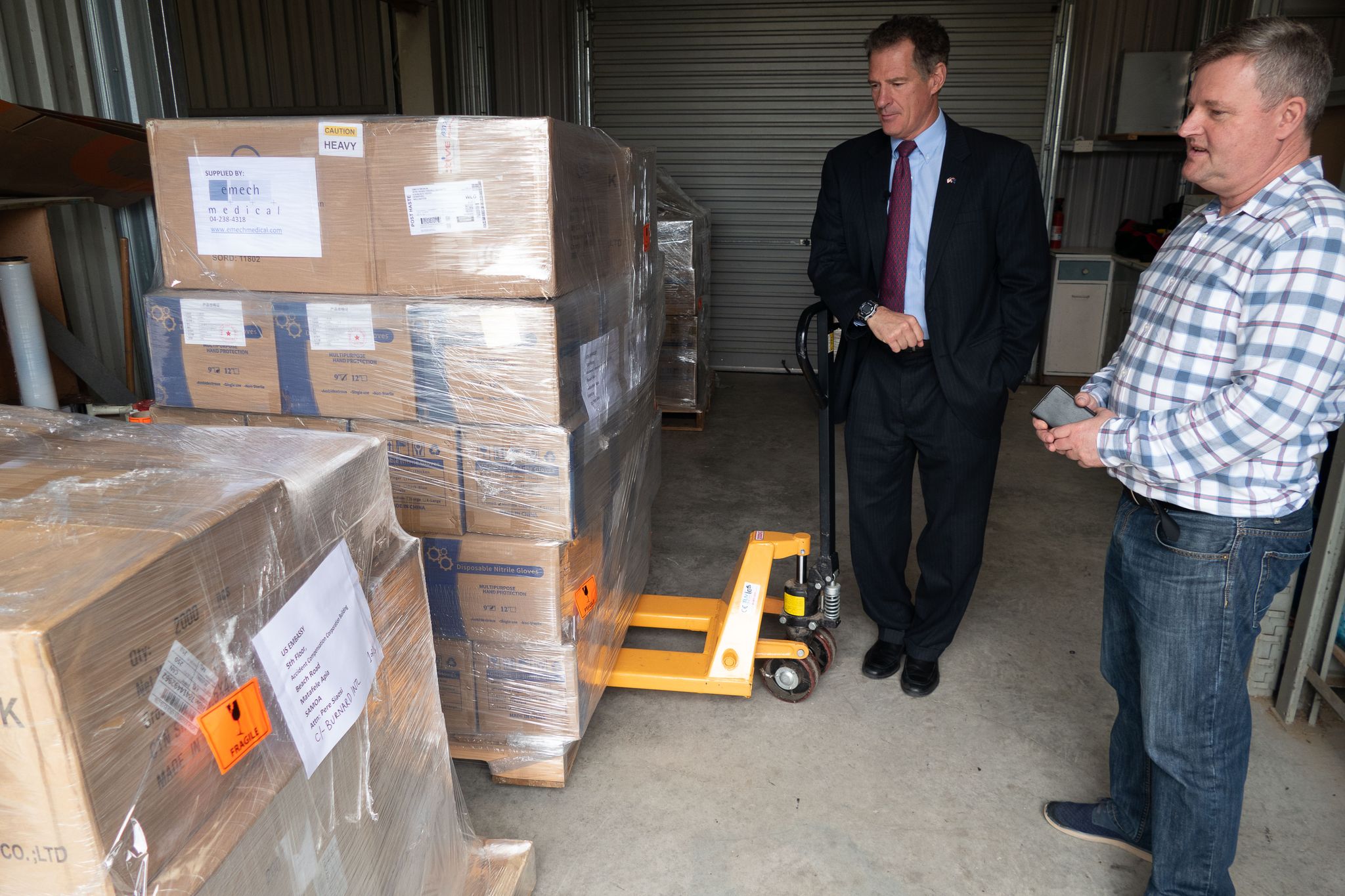 Ambassador Brown said the supplies would help protect healthcare workers should they be called upon to put their lives at risk to treat patients who were carriers of COVID-19.

The shipment followed a request from the Government of Samoa.

“Although Samoa is currently COVID-19 free, the Samoan Government asked us to help them procure medical supplies to have on standby in case the virus reaches their islands,” said Ambassador Brown.

“We’re happy to help and the U.S. Department of Defense through US INDOPACOM stepped up to get it done.”

Worldwide the United States Government has given more than $US 20 billion in COVID-19 related assistance.

“Today’s shipment comes in addition to the $US24.2 million that the United States Agency for International Development (U.S.A.I.D.) has already been provided to our [non-Governmental-organisation] partners to help prepare and respond to COVID in the South Pacific,” he said.

Over the last 20 years, the United States Government has provided over $US 5.21 billion in assistance to the Pacific Islands.

Over the last decade, the United States has invested more than $US620 million for health in the Pacific Islands, its Government said.

The ship carrying the supplies leaves Auckland on Friday and is due to arrive in Apia on 5 October.

Earlier this year, the U.S. Embassy announced that Samoa was among 12 Pacific nations that stood to benefit from coronavirus funding from the United States Government worth US$9.9 million (T$27.4 million).

The assistance has been made through the United States Agency for International Development (U.S.A.I.D.).