From one village to the next, the men were  seen chopping wood and joining the children in cooking preparations early morning before church services begin.

Elsewhere, many fathers still had to go to work especially at tourism properties which attracted a number of guests, security firms and essential service providers who needed them there.

While picking breadfruit tree leaves for his Sunday umu, father of five, Konesula Iafeta, says fathers will be fathers, especially on their special day.

However, unlike many, 59-year-old Mr. Iafeta did not spend this special day with his wife and children.

Together with his two young grandchildren between the ages of five and one, Iafeta prepared an umu big enough for a family of eight to give to the neighbours. 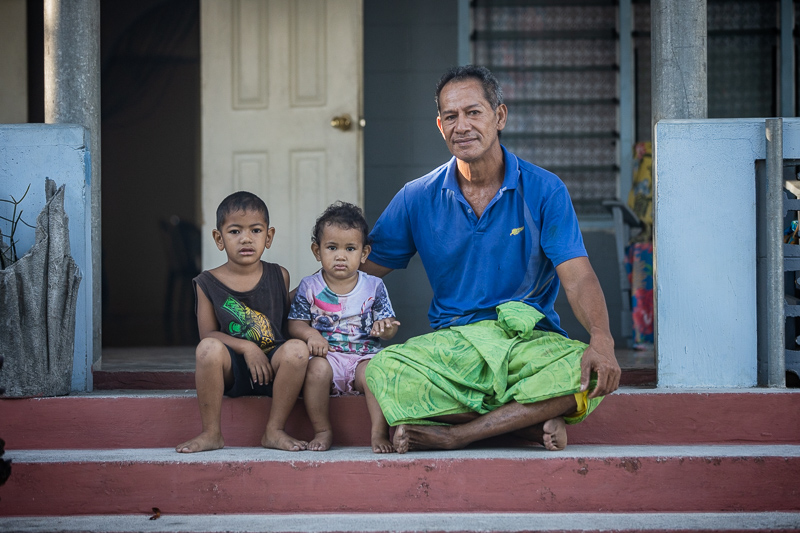 Speaking to the Samoa Observer, Mr. Iafeta says he stays alone as his wife, currently the caretaker of her elderly mother in Siumu.

He had previously picked his grandchildren from Siumu to spend Father's day with him.

Torn between his responsibilities to his family as the one chosen to take care of the family in Nofoali'i and his wife and daughter, Mr. Iafeta says it is hard to be separated but "it is worth it, these are blessings in disguise."

A father's sacrifice, love and balance in any form or size, for both sides of his family is what shapes a man, he believes.

Meanwhile in Vaitele tai, as fathers get ready for the special father's day service, some fathers have not slept a wink from working night shifts for the bread and butter to bring home to their families. 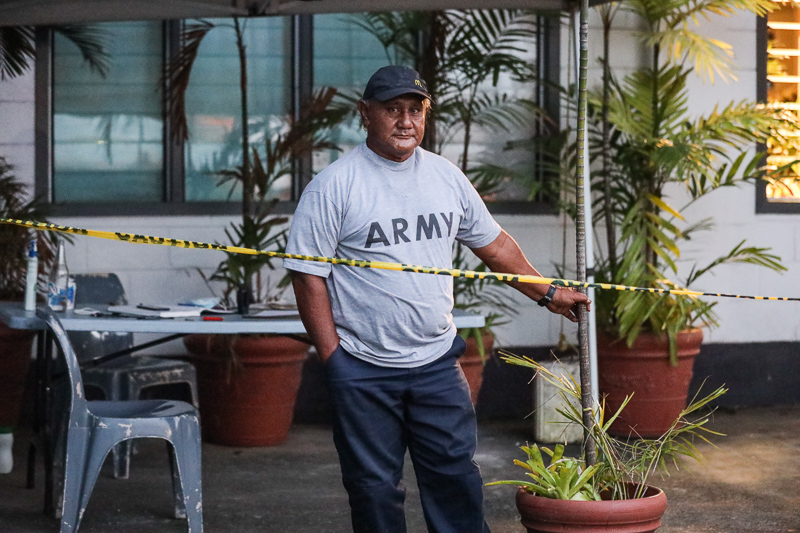 A security guard in one of the Quarantine sites in Vaitele and father of seven, Ben Taki, said securing his family's lifeline for the next week, even if it means working on a special day especially allocated for him, is more important.

Taki from Vaitele fou, who is also a grandfather said having children who are grown and already have families of their own said it should not be a reason to stop a father from taking care of his family.

"Some fathers go to work willingly because staying home can age one quickly, it's better to continue working," he said.

"Not only do I continue to work for the sake of staying healthy but most importantly it's earning money for our family and church."

Mr. Taki appeased to other fathers who may also be working on a Sunday saying it is not a bad thing to be separated with families on such a special day.

"Yes this may be the only day specialized for us fathers but after that, this is the work that keeps our families alive," he said.

"Fathers are the hands and feet of any family, the head of the family, we are who our wives and children will always rely on."

Mr. Taki acknowledged God for the blessings upon his family because they are able to survive through Him.