Family struggles in shadow of loss

One of the homes belonging to Valiano Visesio's family where his sons sleep. (Photo: Vaitogi A. Matafeo)

After a family-of-seven was robbed of its youngest member in a tragic accident one year ago and they were forced to move homes, life for them has never been the same.

This month marks 11 months since a father-of-seven, Valiano Visesio lost his three-year-old daughter who was hit by a vehicle last September.

On a typical Saturday morning, Mr. Visesio sells cucumbers in front of their home to earn a living. 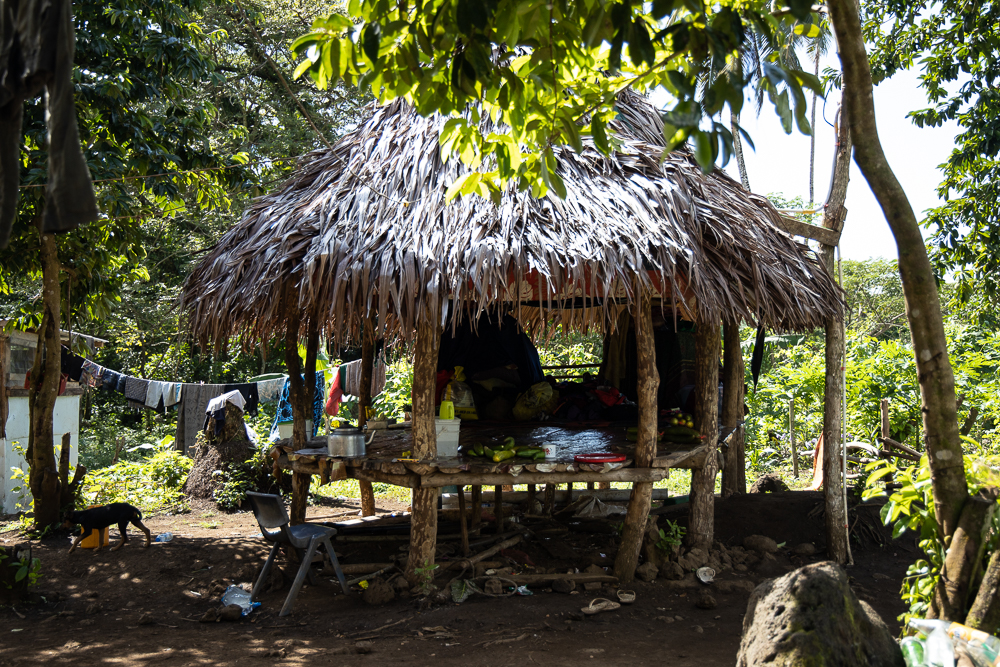 The family’s property is located on the east coast of Upolu, more than 54 kilometres from Apia through the main East Coast Road. It is situated close to the main road and surrounded by the family’s plantation.

Mr. Visesio told the Samoa Observer that both he and his wife are both unemployed.

“It hasn’t been smooth sailing for us as a family; if we are lucky we can get less than $100 a week but, if not, we will try to live off our plantation,” he said.

The 41-year-old said that his main concern was their living conditions.

He sleeps with his wife and three children in a traditionally built Samoan house while his two older sons sleep in a small open hut with a bed of rocks covered in mats.

“As a father, I have to ensure my family has a meal to eat every day, even if I have to wake up early to work the land and prepare some of the available crops to cook,” he said.

“We do not have a water supply; instead we fetch more than ten buckets of water to utilise, sometimes I wish we had a water tank so that we can also use it for the toilet because we pour water to flush it.

“Thankfully, we have electricity so we can use it at night time especially when I have young children.”

He also mentioned that he and his wife always miss their late daughter.

“We only moved from our previous home and village because I did not want to be reminded of the incident that took the life of our baby daughter, no parent wants to lose their own flesh and blood because they are God’s gifts to us parents.

“Sometimes when I see my children play, I recall the memories of my youngest child also being playful and full of life, then I end up crying because I miss her so much.

“For this year’s Father’s Day, I do not want any gift, all I need is my family especially my children.”