Major research on the prevalence of typhoid across Samoa has raised concerns that the Apia Urban Area water supply may be faulty, as numbers of the disease are not shrinking. (Photo: Supplied)
Health

As well as a vaccine programme which will eventually be introduced, researchers from the Bill and Melinda Gates Foundation, the World Health Organisation and the Ministry of Health believe sanitation and water interventions need to happen to crack down on the endemic disease.

In a paper published last month, the researchers warn that as Samoa hopes to grow as a tourist destination and develops its commerce with Fiji which harbours antibiotic resistant typhoid, the country needs to be on alert for outbreaks.

“It is high time to interrupt the tenacious, persisting endemicity of typhoid fever in Samoa,” the authors write.

The paper presents the results of reviewing all blood culture confirmed cases of typhoid in Samoa (1,177 cases) between 2008 to 2019, a period during which the ability to gather data improved substantially.

Some of the increase in cases may be a result of detection capacity improving by 2019, when the Samoa Typhoid Fever Control Programme was at its best.

The researchers suggest that data before 2019 almost definitely is a “substantial underestimate” of how much typhoid is truly in Samoa.

District studies of typhoid fever prevalence during 2019 found four districts on Upolu and three on Savaii where typhoid incidence was high or very high.

While overall, there is not a dramatic number of cases in the country, the hotspots are of considerable concern. 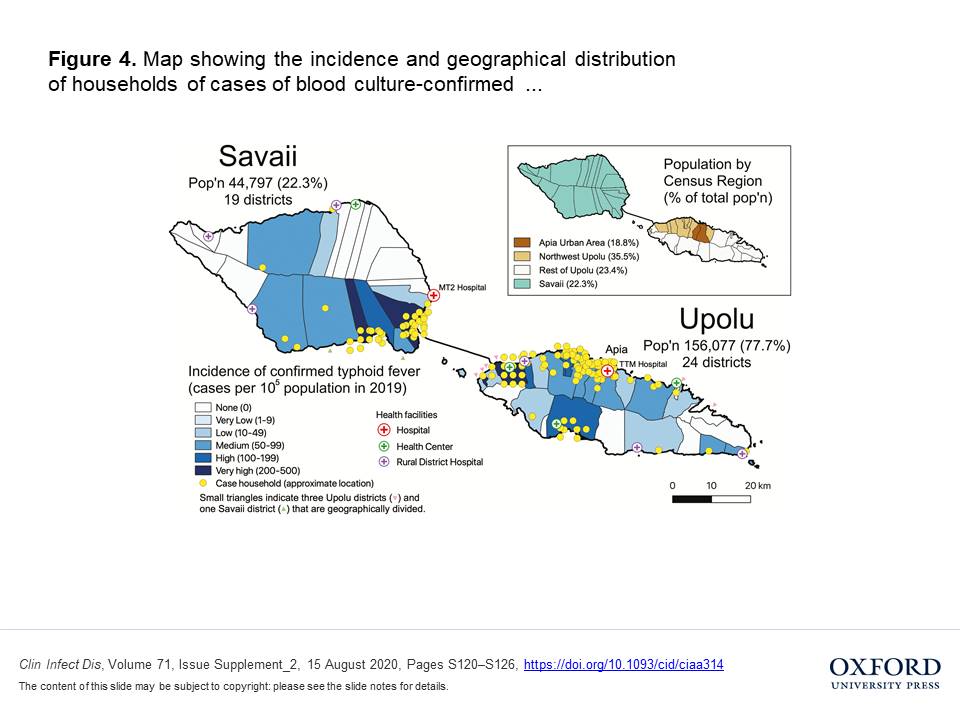 “The data reveal a remarkable constancy of typhoid disease, year after year, with a similar incidence in school-age children and adults through age 39 years,” the researchers state.

“The persisting moderate incidence of typhoid in Apia Urban Area, where the population is served by a reticulated, ostensibly treated, water supply, raises the question as to whether parts of the system supplying water to Apia may be faulty. Investigating this may identify an opportunity for a focused improvement of the water supply.

“The Demographic and Health Survey and census surveys indicate widespread deficiencies of sanitation and of access to potable water.”

But the current interventions and planned attacks against the disease should help clamp down on its prevalence.

The successful use of typhoid “SWAT” teams which visit families with cases, examine their contacts and take frequent tests from them, has helped improve surveillance of the disease.

Coming up is an “attack phase” which includes both a mass immunisation campaign and administering the vaccine routinely in the childhood vaccine programme.

The researchers are very concerned that if an antibiotic-resistant strain of typhoid fever is ever imported in Samoa, which currently has strains that respond well to medication, the country could be on the edge of a public health crisis.

“Should an extensively drug-resistant strain arrive in Samoa and spread widely, current broad treatment options would diminish and would precipitate a public health crisis.” 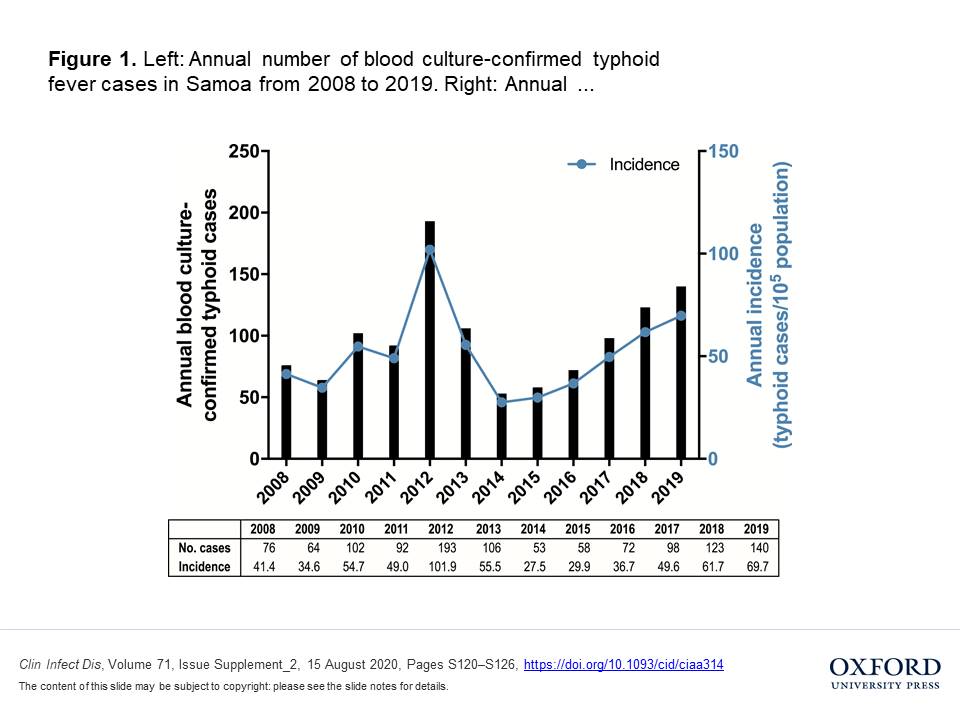