The village of Mulifanua has guaranteed a Special Parliamentary Committee of its full support for three bills proposing wholesale reform of the country’s judiciary.

On Friday, Mulifanua and Satuimalufilufi representatives entered the consultation room together, despite having separate scheduled times on Friday afternoon.

But unlike Satuimalufilufi, Mulifanua came out feeling positive about the bills saying they are in full support.

A Mulifanua spokesperson, Mafua Farao, said Friday was the first time Mulifanua had the chance to discuss the bills collectively. 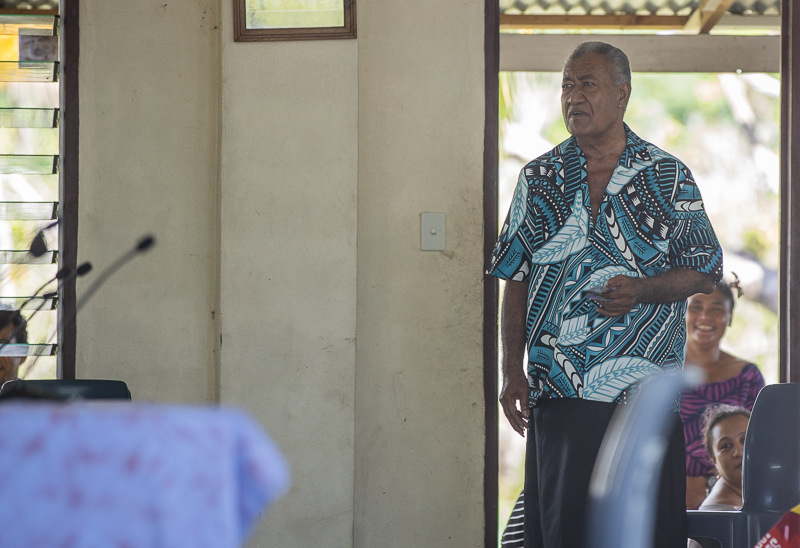 "We have discussed the three bills thoroughly and there are no grey areas, we are in support of the proposed changes," he said in an interview with this newspaper.

The bills in question are the Constitutional Amendment Bill 2020, the Lands and Titles Court Bill 2020, and the Judicature Bill 2020 and are at their second reading stage of the Parliamentary process. Together they would, if passed, create an autonomous Land and Titles Court which was beyond judicial review by the Supreme Court.

Public consultations on Friday were hosted by the Mulifanua Congregational Christian Church of Samoa (C.C.C.S.) in the church hall.

The proposed changes to overhaul the nation's judiciary have been widely criticised since it's proposal in March.