The Frankie Supermarket Group has expanded its business footprint with the opening of a new $2.5 million supermarket at Lelata.

Prime Minister Tuilaepa Dr. Sa'ilele Malielegaoi was on hand during the official opening of the supermarket on Thursday to congratulate and thank the business owners, for their continued support to the country through their increasing business investments.

The opening of the Lelata branch brings the total number of outlets run by the retail group in Samoa to 13. 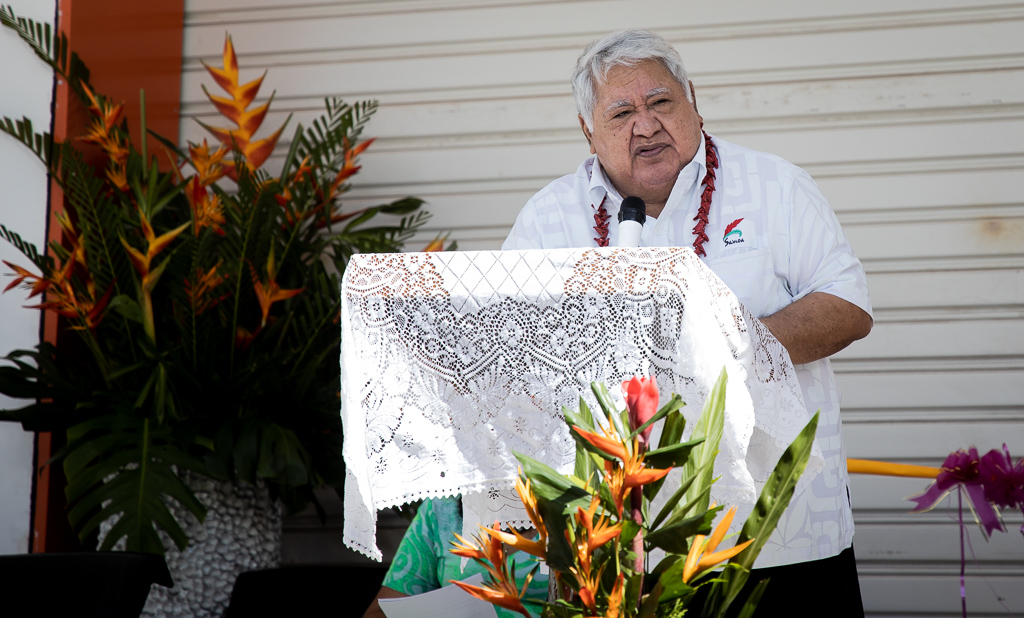 Business owner Frankie Cai could not return to Samoa in time for the opening of the supermarket on Thursday, but invited guests and employees were in high spirits as they celebrated the completion of yet another successful project.

The celebration started with a service led by Reverend Bismark Tamati, who spoke on the significance of a new beginning.

"It attracts both good, and bad things," said Reverend Tamati. "Be prepared to welcome whatever comes your way. Be alert and keep working hard."

Tuilaepa delivered the keynote address and congratulated Mr. Cai and his family on another successful project.

"I asked one of the elders living around this area about the significance of this project," Tuilaepa told the gathering.

Emphasising the significance of competition when more businesses and shops open, the Prime Minister said the customers are the biggest beneficiaries. 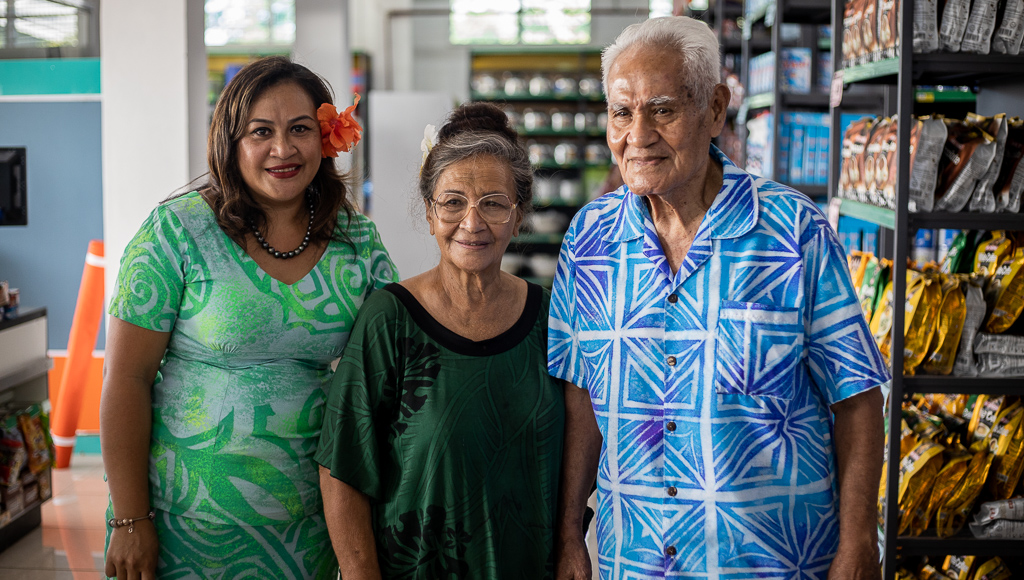 "About 95 per cent of this country are customers," he added. "The other 5 per cent are business owners so when a new shop or business opens up, there is always this competition with the other shops while we, the customers, find ourselves singing a happy song.

"We [customers] need not worry about the competitions."

Moreover, Tuilaepa said he enjoys attending opening ceremonies of new shops and businesses as it gives him new ideas. 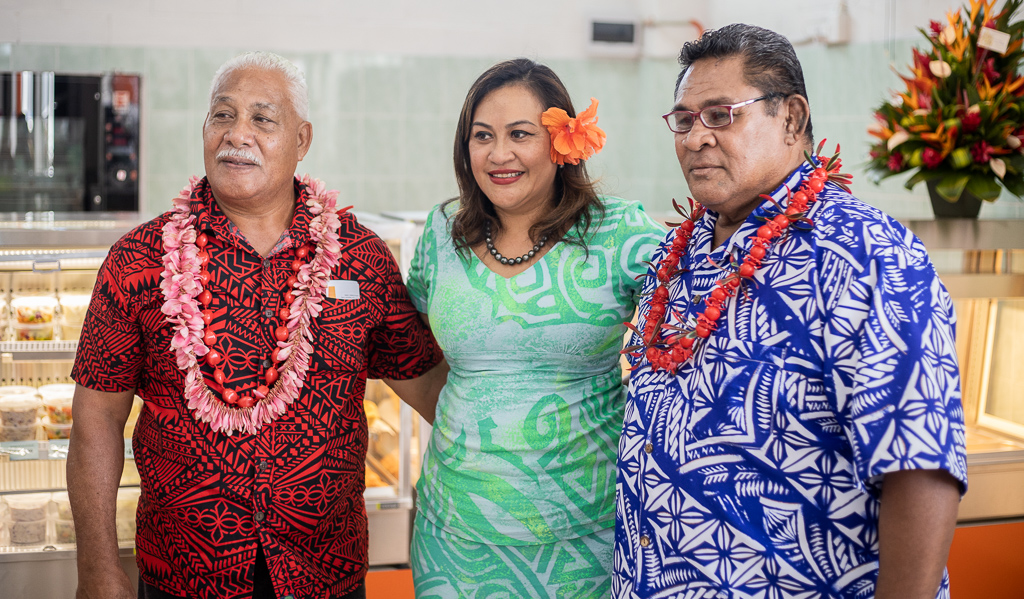 "This is one of my habits, I go from one shop to another, it gives me ideas. Like that one man who prayed to God to give him ideas to run the country. That’s what I do. I am always happy to come to these openings as it gives me ideas to reply to those who criticise and love to talk about these developments."

The Prime Minister said he believes the Lelata supermarket will expand as the business grows.

"Small is beautiful. Some start small, it usually expands, unlike others who start big and then end up small. I am optimistic this branch will expand by the end of this year." 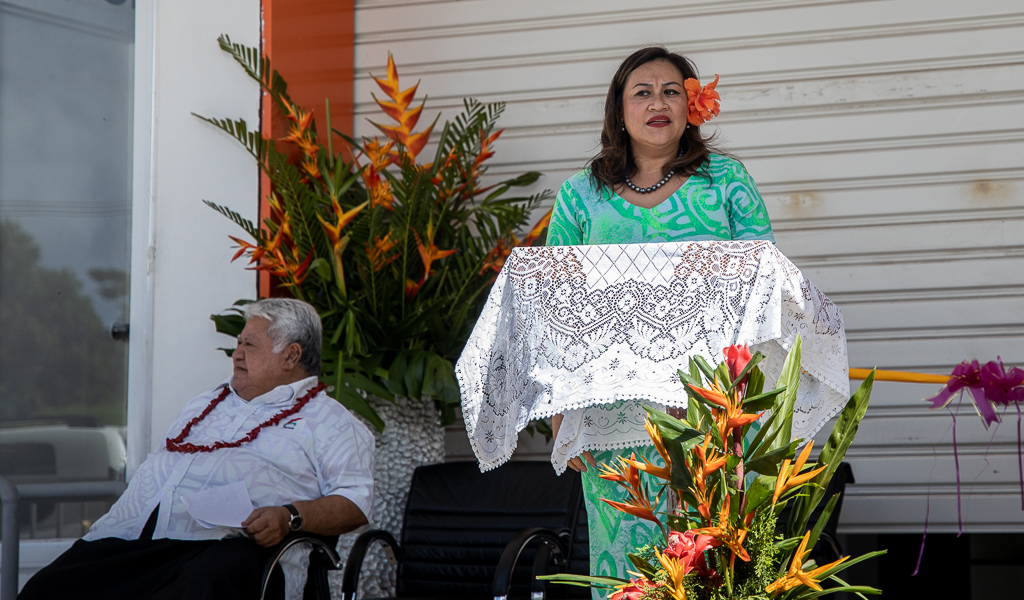 Speaking on behalf of Mr. Cai and their family, Pitovaomanaia Mayday Laung Hing thanked Tuilaepa, their families, friends, and business community for assisting them in the completion of yet another project for their family.

Pitovaomanaia said it took them eight months to complete the first phase of the supermarket at Lelata, which is 1,500 square metres wide and cost a total of $2.5 million to build.

Despite the many challenges they faced, Pitovaomanaia credited the Lord and all their supporters for the success of their project and became emotional when she thought of the absence of Mr Cai.

She said she remains positive that he is happy with the completion of the first phase of their project at Lelata. The Lelata branch is a two-storey building. The ground floor is where the supermarket is located while the upstairs will be used by employees.