The Government does not expect to operate this site once it is up and running, rather it intends to hand over sections to various farmers groups, growers and private businesses. (Photo: Aufa'i Areta Areta)

The 20-acre Agritourism Park in Atele is taking shape and the Samoa Tourism Authority [S.T.A.] hopes it will be open by 2023.

The project was first envisioned by the Ministry of Agriculture and Fisheries in 2017 and projected to cost £3.5 million [$10.8 million] with donor support. The Atele Park is being developed by taxpayer dollars [funding is yet to come through].

The S.T.A. Chief Executive Officer, Faamatuainu Lenatai Suifua, said the delay in funding has not delayed the project, with the majority of the groundwork now complete and ready for landscaping.

With $250,000 in annual budget money, a team of 10 workers led by the programme’s Principal Agritourism Officer Tumua Anthony McCarthy. They are doing their best on a limited budget,

They have already dug out an area ready for a pond, built a lavish concrete stairwell, and, between sections of the property, dirt roads are ready for golf carts. 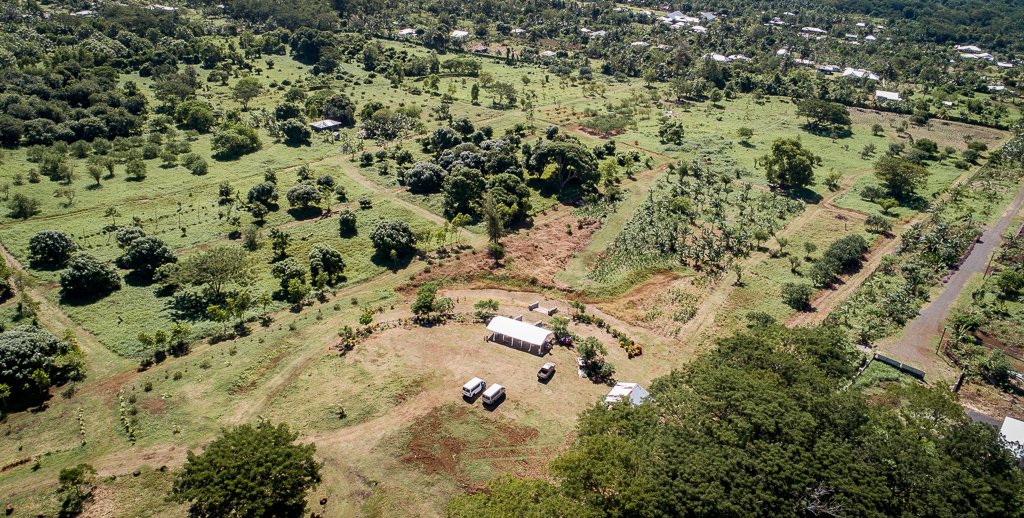 But the Government does not expect to operate the site once it is up and running, rather it intends to hand over sections to manage to various farmers’ groups, growers, and private businesses instead.

“When we first started no one wanted to join,” Faamatuainu told the Samoa Observer.

“We asked the private sector, they said they [would] see. But once we started doing tours around the site and they [saw] the landscaping then people [started showing] their interest.”

According to Tumua and Faamatuaniu, complete budgeting for the site has not been completed. There are no predictions about how much maintenance and operations will cost, nor revenue forecasts.

The C.E.O. expects entry fees to bring in revenue while there will be additional retail opportunities on site such as vegetables, cafes and handicrafts. But before any calculations are made, he said, the site needs to be ready.

“The Government is trying to build up the infrastructure and then hand it over to the private sector,” he said.

“If you don’t have anything set up it will be difficult to convince them.”

In handing over sections to the private sector or farmers’ associations Faamatuainu expects to cut down on the development cost while the S.T.A. awaits promised funding.

Associations taking over plots will be responsible for landscaping, maintenance and eventually staffing when the site is open for visitors.

Among the operators already signed up to manage plots are the Savai’i Farmers’ Association and the Suluape family of Tatau artists.

The S.T.A. hopes the farmers’ associations and traditional healers will also be eager to take up space.

With plots for local vegetables, root crops, flowering trees and fruit, the site will be labelled and ready for guided tours, family events and official meetings or gatherings too.

There is also a greenhouse on-site. 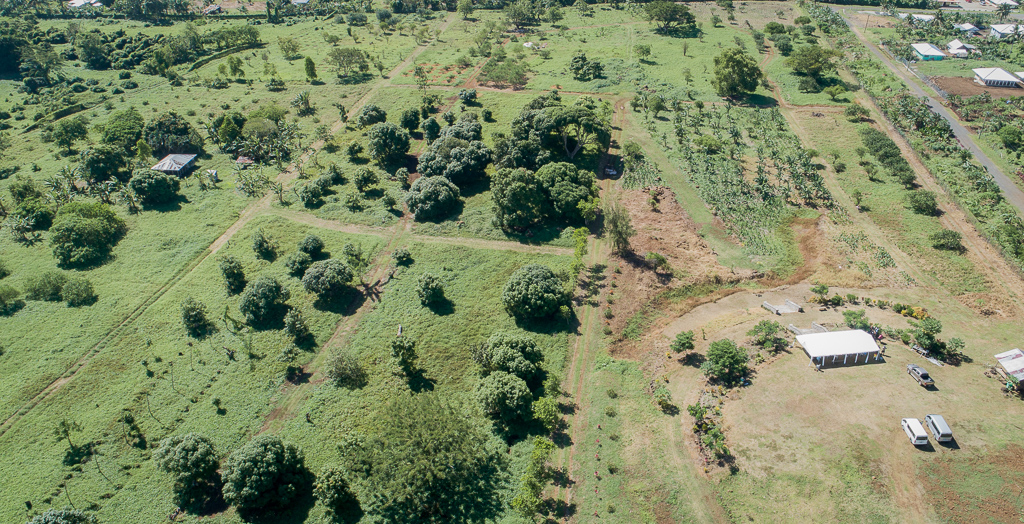 In 2019, an S.T.A. led team joined a meeting in Fiji which focused on improving the policy links in agriculture, trade and tourism as part of the development work for the site and other agritourism initiatives.

Faamatuainu has previously said he hopes the site will be something akin to council gardens like the Hamilton Botanic Gardens.

For now with just 10 workers, some of the landscaping has to be done the fast way, Tumua said. But eventually when the site is ready the landscaping will switch to being done without inorganic pesticides.

“With the manpower we have at the moment… once it’s all going then no more spraying,” he said.